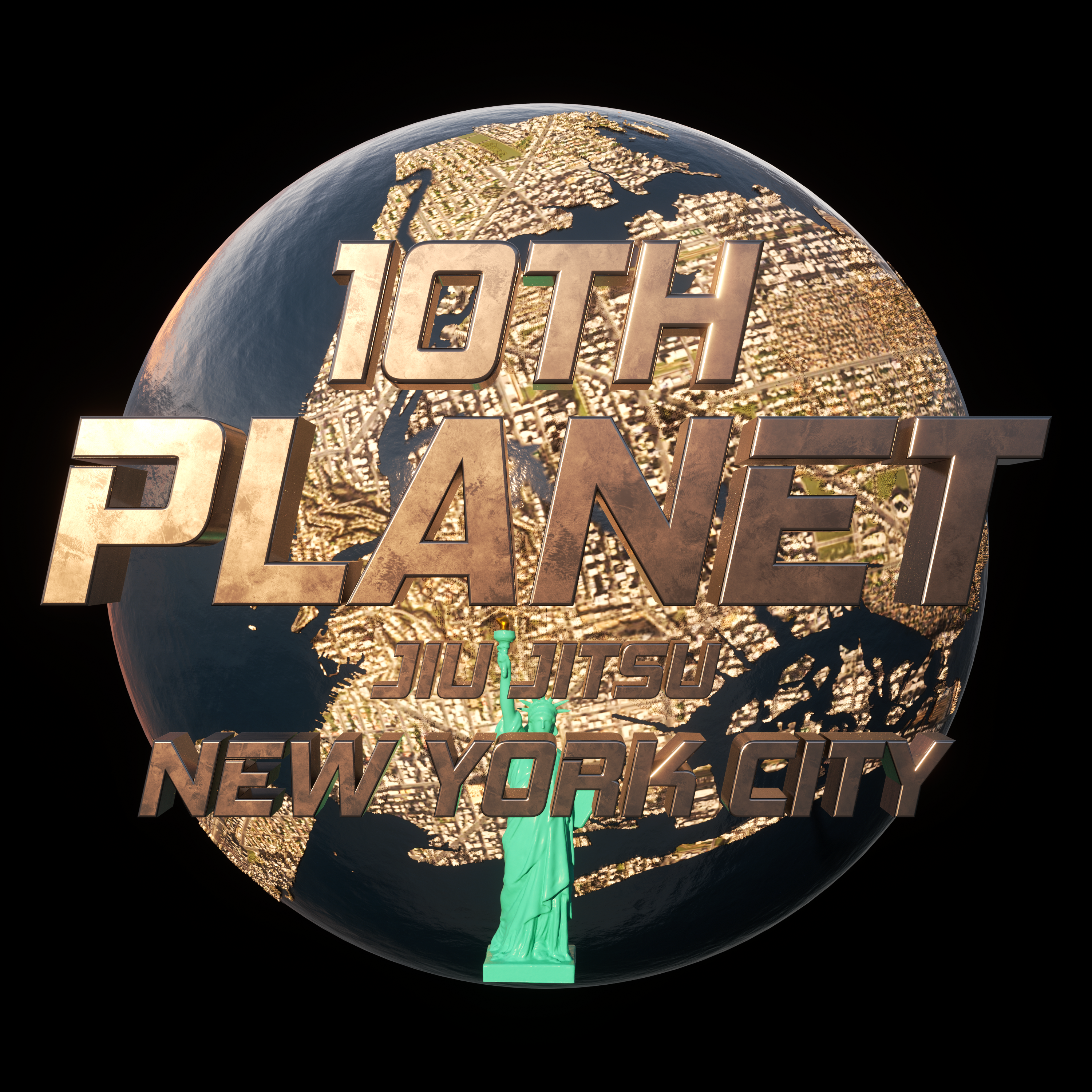 The BJJ scene in New York just got a little more crowded, but in a good way.

Eddie Bravo Brown belt Rey Deleon will be opening 10th Planet NYC (@10thPlanetNYC), the first 10p school ever in Manhattan. Rey, aka ReyRey (@stingreyrey), will be moving all the way across the country from California, where he trained directly under Master Eddie Bravo at 10th Planet HQ. New York Jiu-Jitsu fans have grown to know ReyRey well as he has not only competed locally for KASAI Pro Series, but is also a multiple time vet of NY Sub Only promotion RISE Invitational. Pictured below are ReyRey and girlfriend Cece Mena, herself a purple belt under Eddie Bravo, competing at RISE 5. 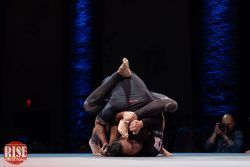 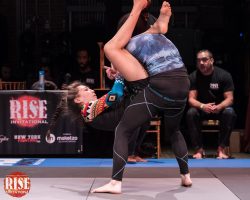 The Grand Opening for 10th Planet NYC will be on March 2 from 12-3pm and will feature a seminar with none other than the creator of the 1oth Planet system and EBI, Master Eddie Bravo. 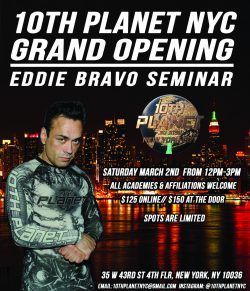 ReyRey and Master Eddie spoke to NewYorkFighting.com about the opening of 10p NYC, check out the interview below:

10th Planet New York City
35 W. 43rd St. 4th Floor,
New York, NY 10036
– How did you first start training under Maser Eddie Bravo and for how long?
“I was into Muay Thai but the goal was MMA.  My coach at the time said that if I wanted to do MMA, I had to get my jiu jitsu better. There was jiu jitsu in the gym but I did not know who the instructor was.  It ended up being Eddie. It makes me laugh to this day that I didn’t know who Eddie was.  Started as a fresh, brand new white belt with Eddie 9 years ago. Now I’m a brown belt. I’m just happy that I landed in the right gym with Eddie teaching. “
– How has Jiu-Jitsu and 10th Planet positively affected your life?
“It gave me everything I have right now.  It isn’t much, but to me, it’s everything. Found Cece, found my best of friends, found the right people… Now I’m about to have a gym, and I feel like I’m a part of something that’s bigger than me.”
– What made you travel across the country to open a new school in NYC?
“Went to NoGi Pan Ams. After seeing Times Square for the first, I fell in love with it and I knew there wasn’t a 10th Planet within the city. When I went back to LA, I told Eddie about it and he gave me the green light after that.”
– What classes will be offered?
“Beginners, Mixed, Advanced, Women’s only Monday & Thursday 5-6pm and Every night ending with Shark Tank/ Positional Drills. Classes will be offered 7am-8:30pm.” 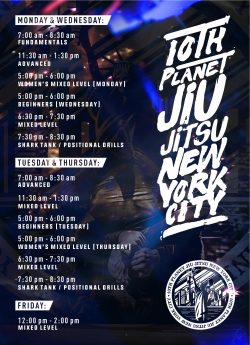 Questions for Master Eddie:
– ReyRey has been tearing up the Sub Only competition scene and is now going to be the Head instructor of 10p NYC. How do you know when a student is ready to start their own school, and is it bitter sweet for you as a teacher and business man to see him leave?
“Yes, I hate when my guys go off and leave me and open up a school, but at the same time, you know, as long as they stay in the 10th Planet family, its all beautiful. I’m gonna miss ReyRey and Cece. I love having them around, I always know that when they’re around we have someone who can demonstrate the warm-ups perfectly (regarding the @10pwarmups). Yeah, it sucks when my top guys leave me.  I put so much time and energy into them and now they’re gone but at the same time, I’m happy for them and 10th Planet New York City, that’s a tough market! You know, you gotta be a fuckin’ beast to run a school, a jiu jitsu school, in the big apple and ReyRey has what it takes. He fears no one! And even though he’s not a big guy, he’s a 135-er, he’s down to roll with ANYBODY, the most dangerous guys everyday on the HQ mats.  He is one of the most courageous, most beastliest guys I have.”
– What can people expect from ReyRey as a coach?
“I expect that his students will have superior passing, back takes and rubber guard as well! ReyRey’s rubber guard is developed over the last couple of years into, you now, something that’s really dangerous an if you’re not 100% on red alert the whole time in his guard, he is gonna catch you.  He’s got great passing, great rubber guard, great back takes and his finishing rate off the back is one of the highest in HQ. So, you know, he’s the perfect guy to open up 10th Planet New York City.”
– Do you consider it another milestone for 10th Planet to now be part of the NYC Jiu-Jitsu scene?
Absolutely! When 10th Planet London opened up, that was a beautiful thing.  The biggest cities, you know, we don’t have 10th Planet Tokyo, but that’s gonna be cool if that ever happens, and of course 10th Planet New York City, that’s always in the conversation for the best sounding 10th Planet schools! 10th Planet London, 10th Planet New York City, 10th Planet Miami, 10th Planet uhhhh… the Vatican! 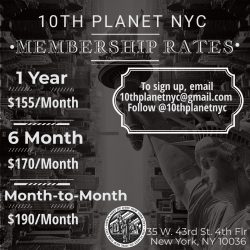 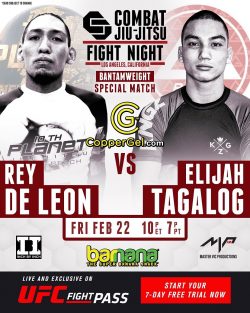