Adam Kownacki: On a Journey To Be the Best 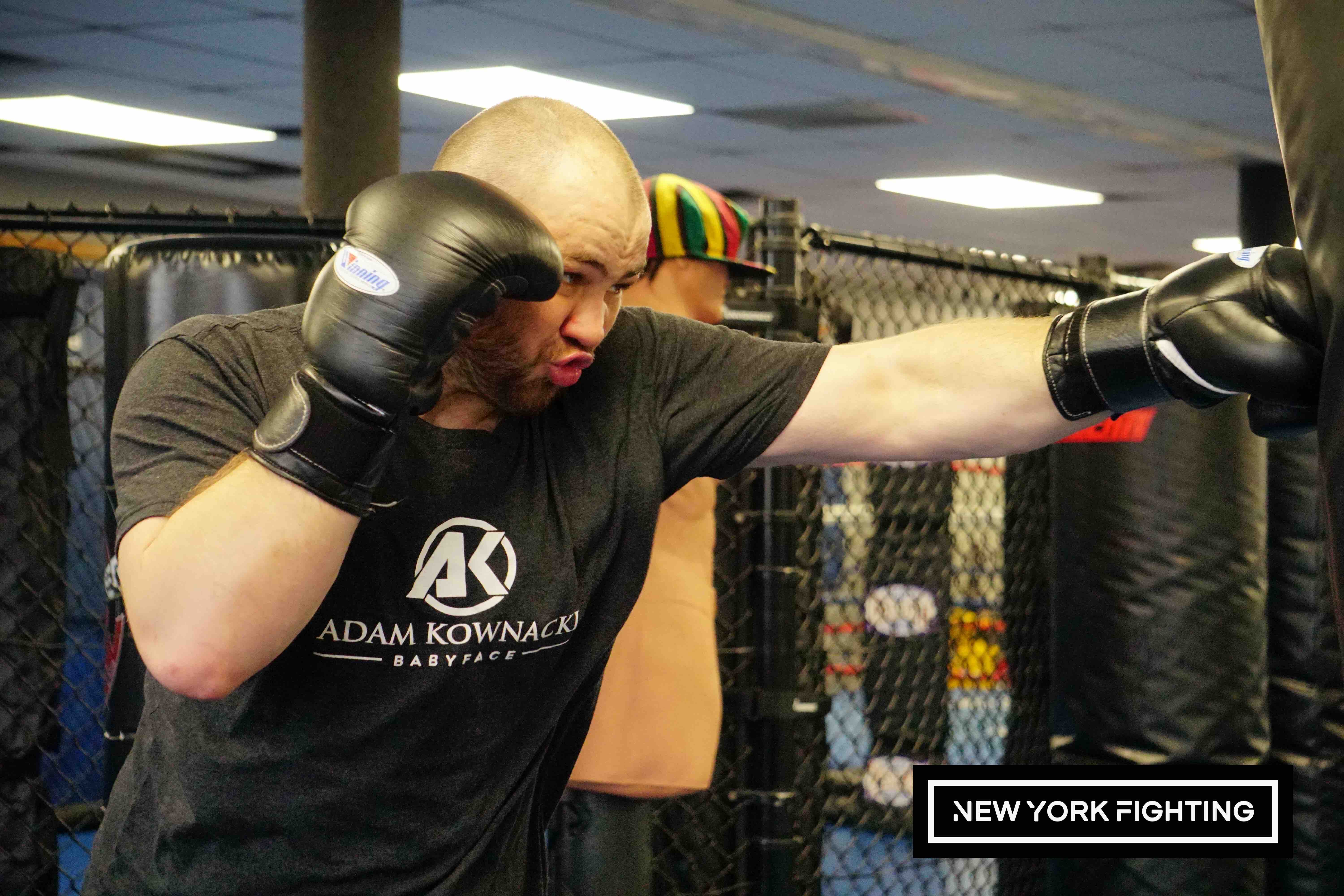 All lights are on Adam Kownacki.

A top-ten ranked heavyweight boxer with a precious undefeated record.  The Polish superstar is beloved  here in Brooklyn, NY and he brings with him a large international fan base cheering him on in each and every fight. 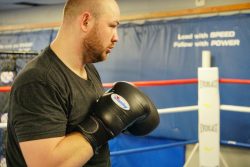 We had a chance to speak with Adam Kownacki about his upcoming fight with the experienced and tough Robert Helenius this Saturday March 7 at Barclay’s Stadium. For a fighter he’s calm and collected, takes questions, processes and has straightforward responses.  This Saturday will be Adam’s tenth fight at Barclay’s and the crowd will be happy to see him.  He loves to box in Brooklyn, calling Barclay’s “his second home.”

Helenius, hailing from Sweden/Finland, also lived in Germany, is known for being tough to handle in the ring and looking for the spotlight that would come his way if he is able to hand Adam his first loss.

Fighters tend to have a mantra they use in interviews and discussions.  There’s always a phrase or expression that shows an honest, true part of their personality.  For Adam no matter the topic, question or situation it’s about one thing and one thing only. 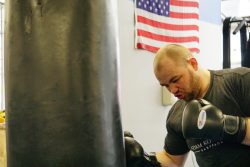 His family moved from Poland to Brooklyn when he was 7  He grew up humble, keeping a strong work ethic and an appreciation for results.  At the age of 15 he was hitting 270 pounds, a natural heavyweight.  To get in better shape, he started boxing at Gleason’s Gym and eventually won two prestigious Golden Glove Championships.

Adam walks into the ring with an undefeated record and a 20 fight win streak. He is at that pivotal point in his career where  a potential title match up is slot imminent, with every fight being more important and more pressure.  Some of his past bouts have been gritty but he wins and is entertaining to watch.  His style is aggressive, honest, using his weight and volume punching to push forward and drown his opponents.He knows he carries a large following from back home in Poland and he truly loves his fans.  Considering six other Polish heavyweights attempted but fell short of a title, he takes it as a mission and states his goal clearly.  Fans are hoping he is lucky number seven and wins a Heavyweight Championship title. 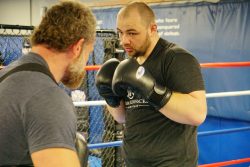 Adam understands, stating  “dream is to win the title at Barclays and defend it in Poland.  That’s what am working towards every day.”

Growing up he found inspiration in Andrew Golota, watching fights with family and he takes pride in meeting his boxing heroes and even having their support in his journey towards a belt.  At events Adam is friendly, open and appreciates the attention he gets.  He has a humble character and in general is a true professional.  Walking into Gleason’s, he remembered handshakes with past trainers, discussed how the past felt and showcased his training results. 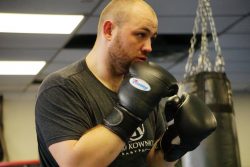 Boxing has always been driven by local fighters that catch fire with fans, this is how stars are born and hype is built.

Our discussions were straightforward and that all his actions, training and fights are designed for one thing and that’s to be the best.  No more no less, just be the best.

Fans are happy to have a real Brooklyn fighter to cheer for.

He represents what New York is all about, to chase a dream and keep fighting. 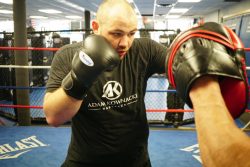