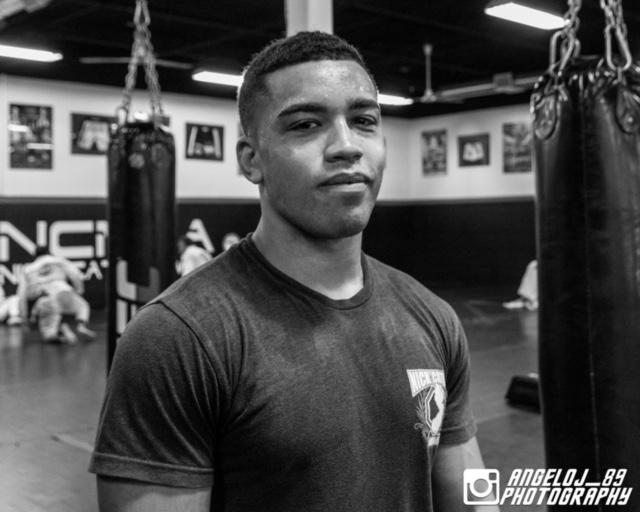 Paul Capaldo, training out of Nick Catone MMA, is working towards his 6th amateur MMA fight.  Paul has been training MMA for the past 4 years, but has been a standout wrestler since he was twelve years old with a record of 100-24. He is now 5-0 in his amateur career with two finishes- his latest being a knockout against a very wild and game opponent. Word has gotten out about his skill set and unfortunately, he hasn’t fought since February, 24th, 2018 with 6 of his fights falling through up until his point. Paul has taken boxing fights in between to sharpen his striking and stay busy.  Paul originally got the itch to fight when he saw his older cousin who was a pro fighter while he was growing up. Ever since then, he’s been on the path to having a successful career as a fighter. 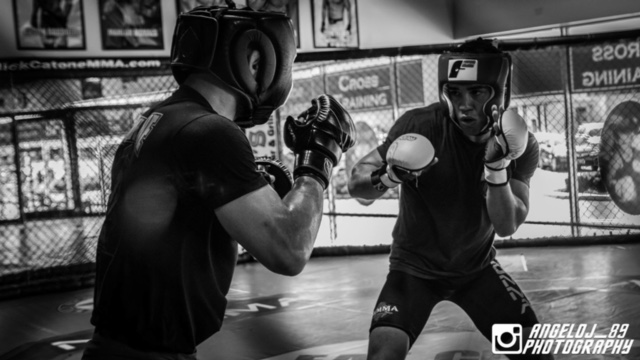 I first saw Paul training at NCMMA a couple years ago and was amazed by his athletic ability. Obviously a great wrestler, with decent striking and seemed to have a good head on his shoulders. He has had the privilege of being around some of the UFC’s greats, which has given him a high-level training atmosphere, but also, the blueprint for success in the business. I’ve watched him progress and improve due to his excellent coaching and drive to be better. He now often gets to step in to spar with UFC contender, Marlon Moraes, whom Paul credits a lot of his growth to.

He has an athletic style of fighting including a lot of level changes and power in the hands. His striking improved every fight, but he always has the ability to control the fight with his wrestling if he is not successful on his feet. I think the trait he showed that sealed the deal for me, was his ability to overcome adversity in  his last fight. Heart is something that a lot of naturals fail to show, but Paul showed that he can weather the storm from a very wild and tough opponent and pull off a much needed knockout.

Hopefully, you can get a peek at this up and coming talent soon. He is actively looking and staying ready for his next fight, which could potentially be Capaldo’s last as an amateur before he starts what should be a successful career as a bantamweight with his eye on the UFC.