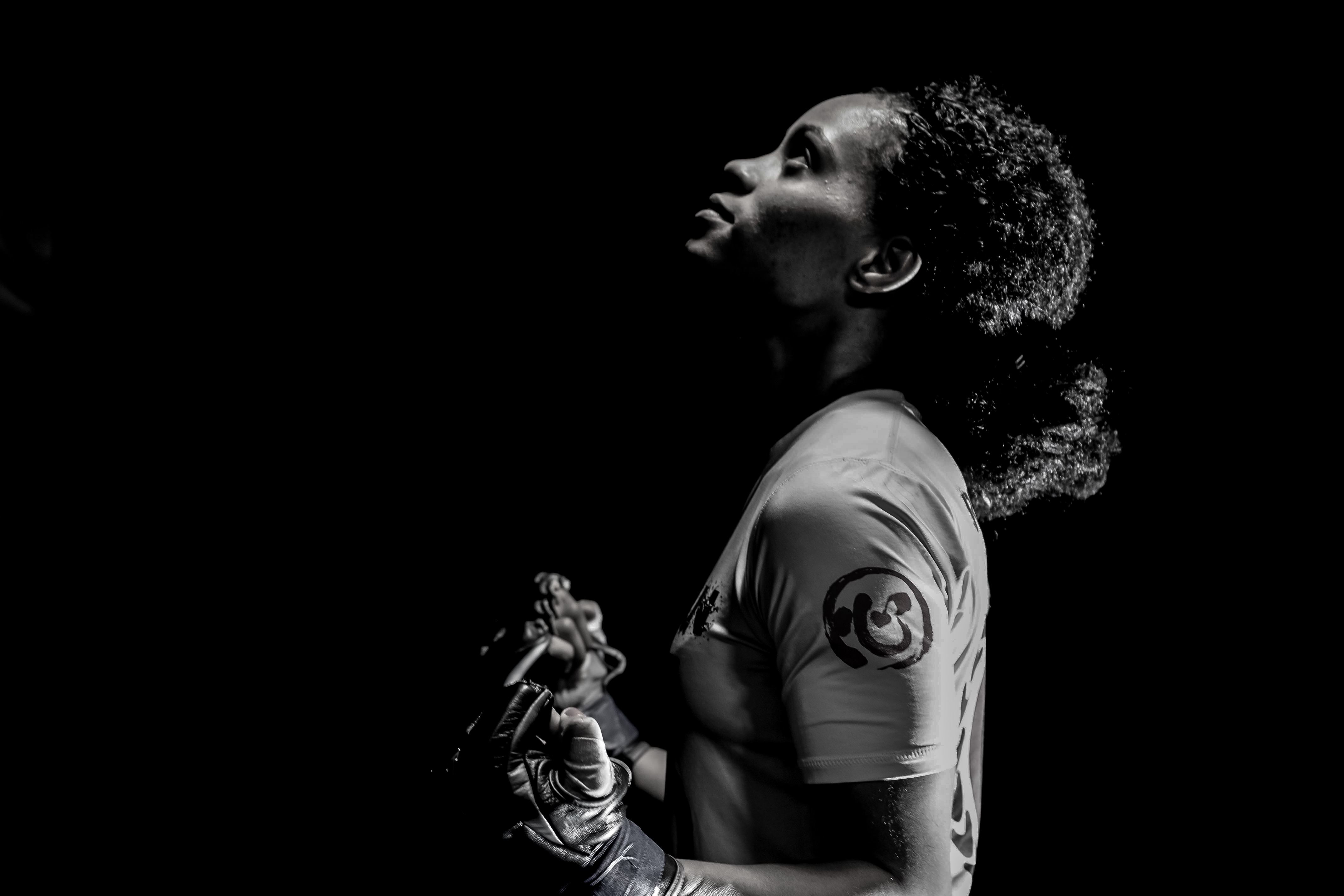 In this installment of our Amateur Spotlight series, New York Fighting is putting the focus on a determined 26-year-old martial artist named Taneisha Tennant, out of Budokan Martial Arts in Lynbrook, NY. After finding success on the local amateur kickboxing and grappling scenes, Tennant now turns her focus on her MMA debut, which will take place on February 19 on the Xtreme Caged Combat 23 card in Philadelphia, PA. Her opponent will be Raquel Salas – also making her MMA debut – and can be viewed on GFL.tv.

One might say that Taneisha Tennant‘s interest in martial arts has been a slow build over the course of a lifetime, that led her towards her eventual MMA debut. Her father was an amateur boxer who was a fan of martial arts movies, which the two used to watch together. “I’ve always loved watching martial arts, especially like old time Kung Fu.” Her favorites? “Probably Jet Li and Master Killer.”

For the past few years Tennant has been honing her craft at the Budokan, picking up both Brazilian Jiu Jitsu and Muay Thai very quickly. She has fought twice in amateur kickboxing, showing a diverse array of strikes, and has gone undefeated while competing in the North American Grappling Association (NAGA). “Recently what really made me want to jump into MMA particularly was about 2 years ago, I was watching this Ronda Rousey fight, and she did this armbar so fluidly. And I was like ‘Wow, I think I could do that.’ And then that’s what started everything.”

We caught up with Taneisha as her training camp was winding down. “Training is done, it’s gone good. Two or three more days” was all she had left. When asked if she knew anything abou her opponent, she said “Not much really. I know she’s from Primal MMA.” Primal MMA is a gym in New Jersey that is said to focus on MMA, boxing, wrestling, and Jeet Kune Do. Based on limited information, there is no strict gameplanning for this type of opponent. “Just see what she gives me, really.” Tennant did cite her reach as a potential advantage, however.

For the most part, Tennant’s family does not appear to be apprehensive about her impending MMA debut. “My dad is good. My husband is like, just be hungry, stay hungry. My brother’s psyched. My mom is a little nervous.” Her father’s advice for this fight? “Keep your hands up.” With her hands up and her eyes focused on her opponent, Taneisha Tennant will venture into a new realm of combat on February 19th to test herself once again. She predicts a victory “hopefully by knockout, but I don’t wanna be too greedy.”