Battle of the Millennium 2: Recap and Results 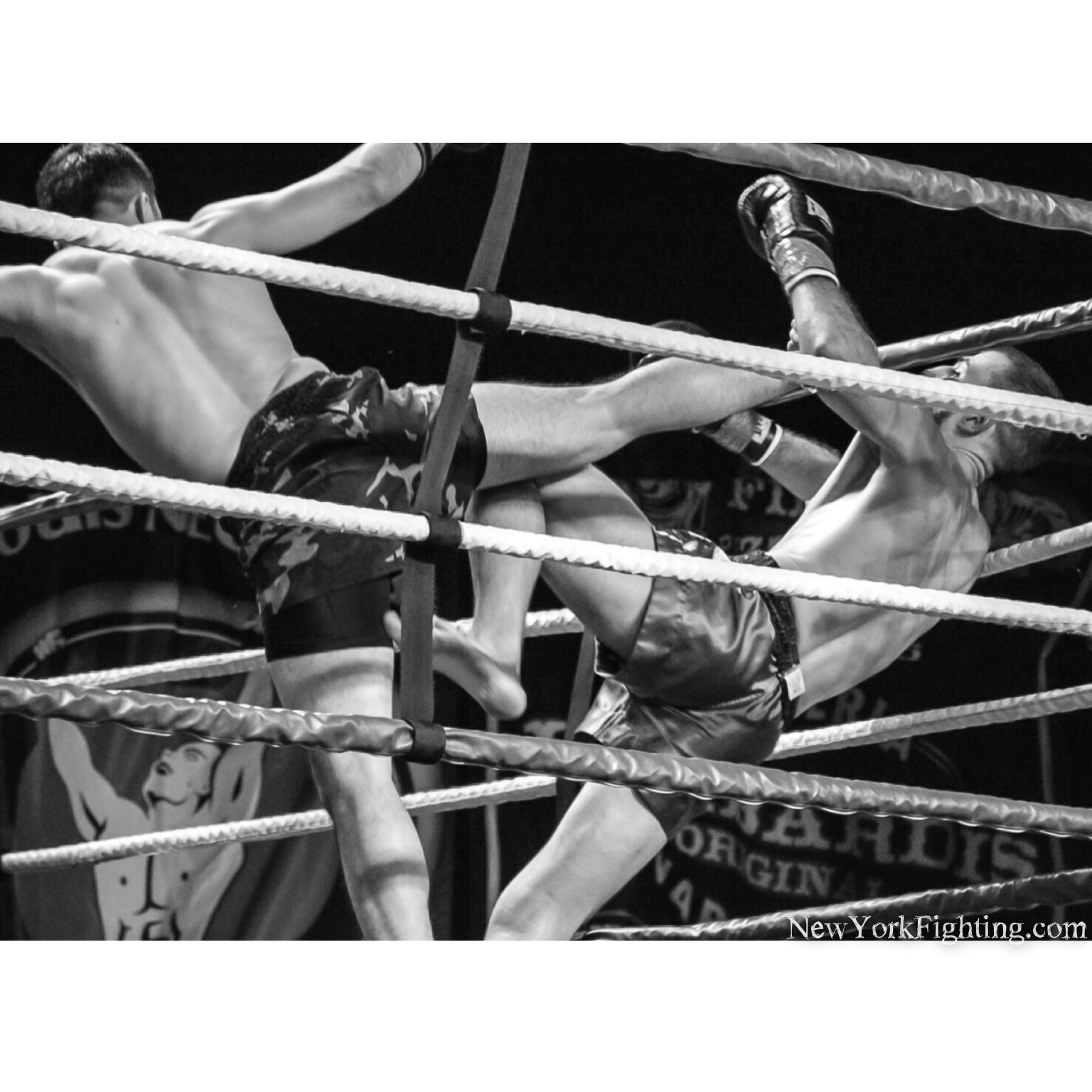 On December 4th, Battle of the Millennium 2 took place at the Master Theater in Brooklyn, NY. Presented by World Champion Louis Neglia and Artyom Sahakyan, fighters all the way from Canada, to locally in Brooklyn showed up to test their skills. The event was streamed LIVE on NewYorkFighting.com (Powered by GFL.tv), and we were also on hand to cover the action.

The headlining bout saw the 152lbs North American Champion, Niko Tsigaras (Lions Martial Arts) defend his title against Canada’s Jason Hinds (Pound 4 Pound) in Pro Glory Rules match set for 4-3 minute rounds.  Hinds came out strong, throwing powerful punches and kicks, and landing a few to the dismay of the crowd which was heavily in Tsigaras’ corner. Although Hinds seemed to be finding his rhythm and gaining momentum, the champion kept moving forward, unfazed by his opponents attempts to take his head off. It was as though he knew it was only a matter of time before his moment would come. Niko began to throw some heavy strikes of his own, causing the crowd to raise their intensity another level, but still not able to make his opponent feel the full effects of his power. As the round began to come to a close, Tsigaras seemed to pick up his pace, as if letting Hinds out of the first round was not an option. Finally, with just seconds left, Tsigaras attacked with a powerful flurry that ended with an overhand right, knocking Hinds to the canvas and snagging the victory by KO with 1 second left in the first round.

Earlier we saw the women in action, as Jennie Nedell (Longo Comp Team) took on Brandice Peltier (Five Points Academy) in a bout at 140lbs. Nedell seemed to take control in the first round, and landed a hard spinning back fist that brought out a loud reaction from the crowd. Later in the round Nedell cornered Peltier and landed a hard body shot that crumpled her opponent to the floor. Nedell headed to a neutral corner, only to come sprinting back out as she replied the fight was over. She then immediately headed over to Peltier, who was still hunched over on her knees, to check on her and give her a hug. It was a great show of sportsmanship by Nedell as she grabbed the KO victory.

In the match before, Canada’s Eric Rocha (Evolution MAFA) returned to the ring to take on Zarrukh Adashev (Lions Martial Arts). Adashev came out full of energy and aggression, throwing some serious heat. He was landing heavy shots, and seemed to keep Rocha from finding his rhythm. Adashev scored two knockdowns, and landed some spectacular aerial maneuvers with a flying knee and a flying front kick to end round one. The second round continued to showcase the striking and power of Adeshev, as he landed another heavy flurry that ended in a standing 8 count for Rocha. Finally, after another barrage of heavy strikes, the ref had seen enough, and waived it off as Zarrukh Adashev was victorious via TKO in Round 2.

In a Glory Rules match at 133lbs, Jonathan Dibella (Dibella Kickboxing) took on Cornell Ward (Five Points Academy) in a very one-sided matchup, as Dibella took control from the start of Round 1 and never looked back. Displaying a vicious striking game, the Canadian outmatched his opponent, winning by TKO in the second round as his opponent’s corner threw in the towel to protect their fighter. Dibella showed extreme potential, and is someone to keep an eye on in the future. 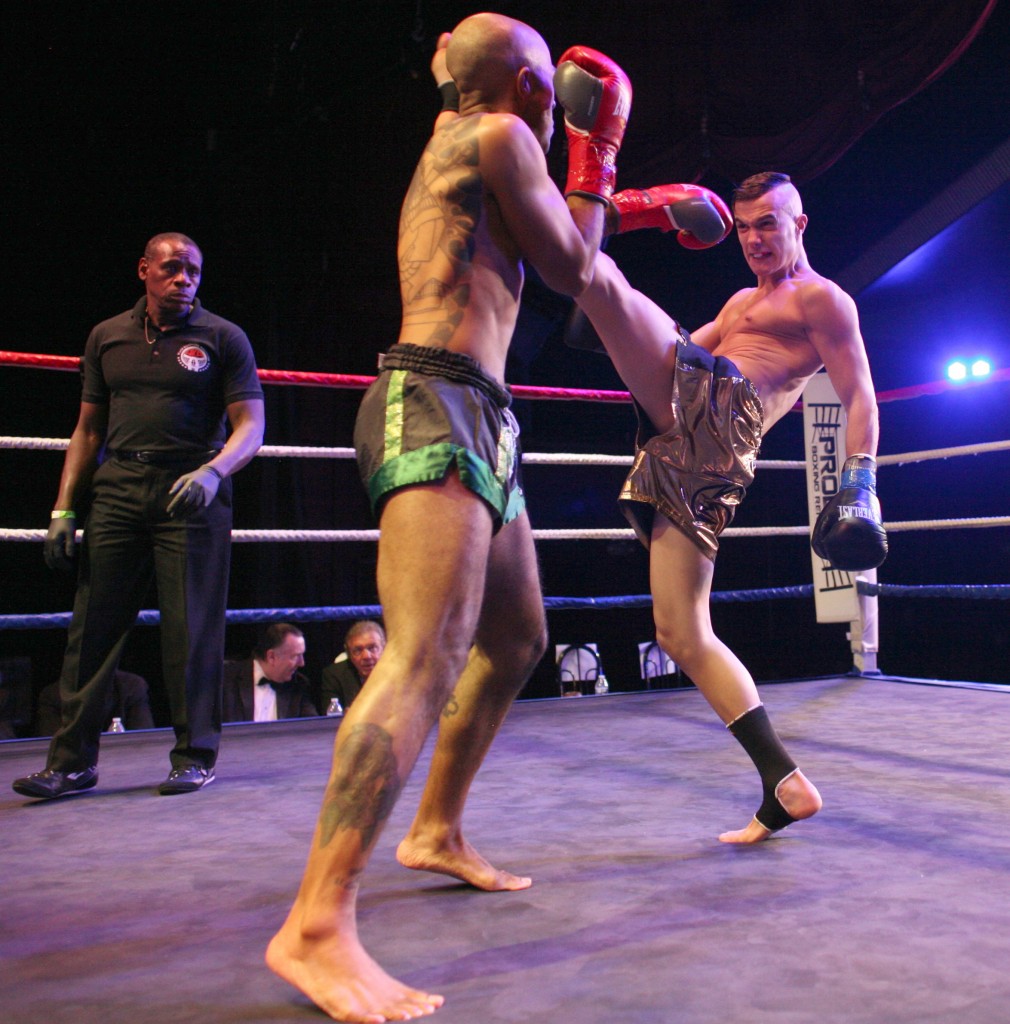 In another Pro Glory Rules female match up, the hometown favorite from Brooklyn, NY, Andrea DeAngelo (Neglia Competition Team) took on Canadian import, Yumiko Kawano. These two ladies came to fight, and put on a show for the crowd and those watching at home. They both had their moments, as Kawano pressured DeAngelo at times with hard combinations, but DeAngelo stayed strong with her push kicks to keep Kawano at bay, and powerful knees waiting for her in the clinch. DeAngelo was also able to land a hard spinning backfist that brought her fans to their feet. In the end, DeAngelo took home the W, by unanimous decision. 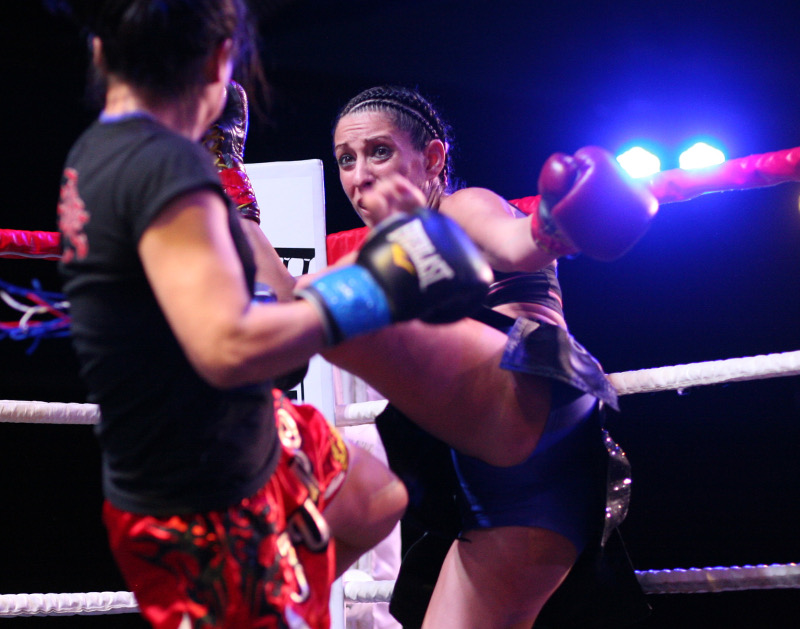 Andrea DeAngelo with a vicious head kick on Yumiko Kawano

At 165lbs, Matthe Kendall (Pound 4 Pound) took on Avaz Achilov (Lions Martial Arts). These two strikers were pretty evenly matched as the first round could have gone either way. Kendall started to take over in the second round, landing some combinations and controlling the ring. Achilov fought on undeterred, and was able to land a knockdown in the third round, but it wasn’t enough as Kendall went on to take the unanimous decision victory. 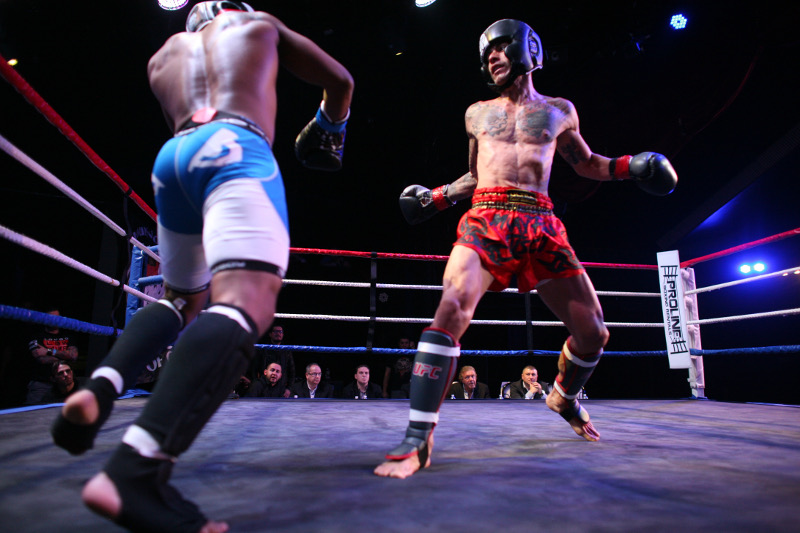 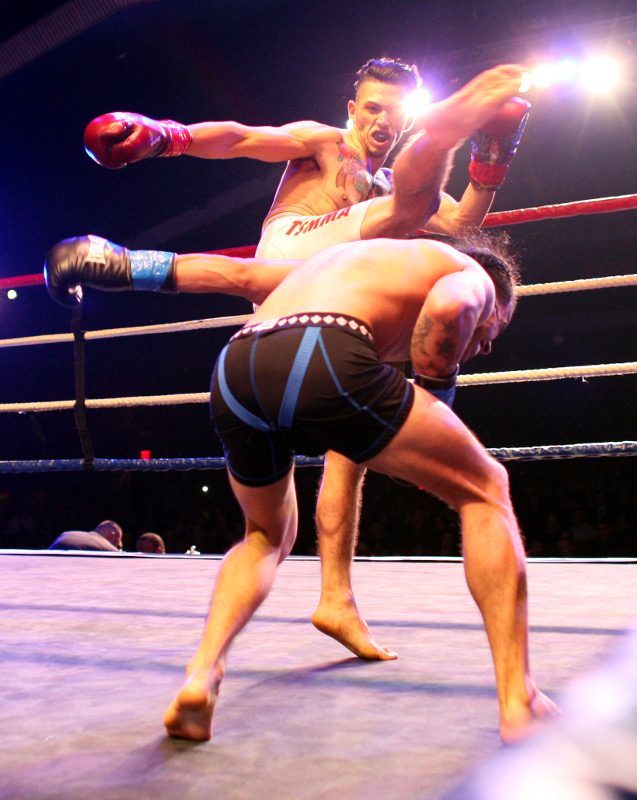 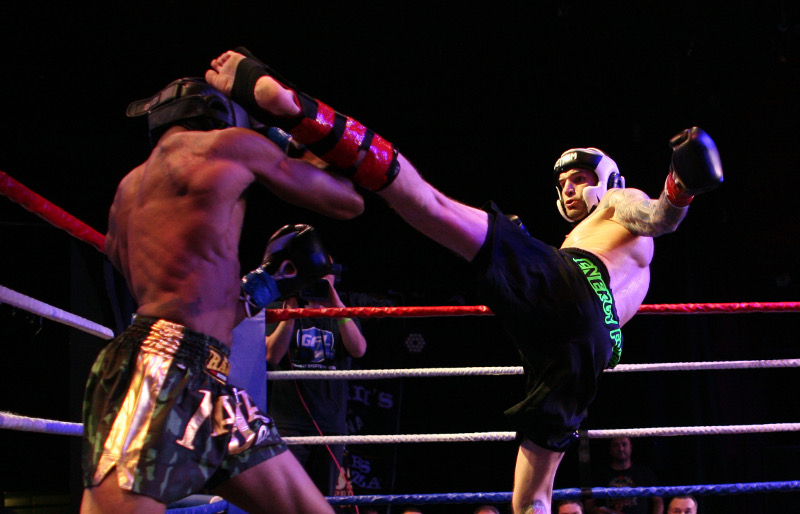