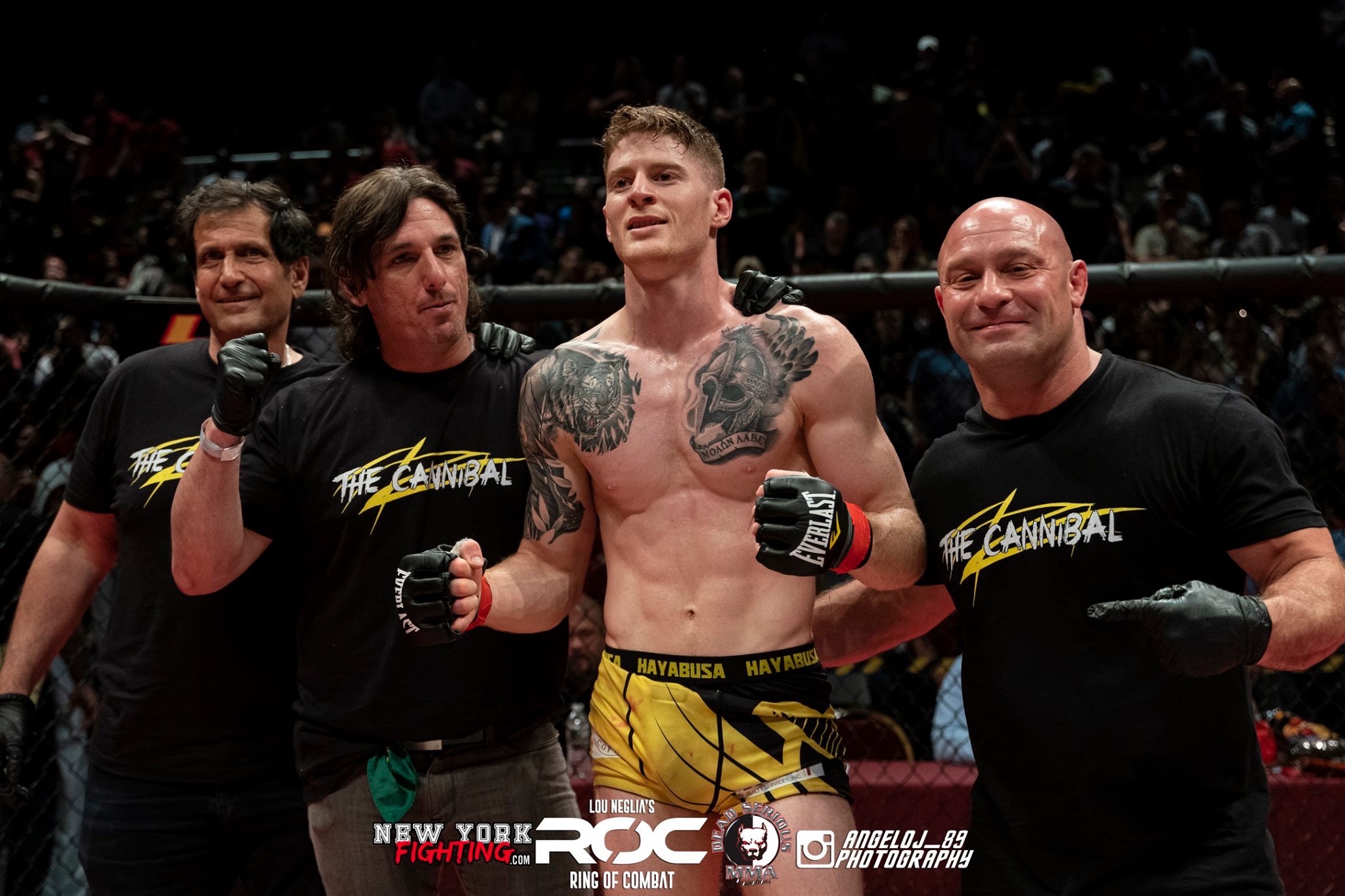 Serra-Longo fighter Charlie “The Cannibal” Campbell steps back into the Ring of Combat cage for his second professional fight against Anthony Newton, looking to make a statement. Campbell’s first outing was a hard-fought decision over Cody Zappone back in May, and after a bit of a layoff The Cannibal is making his return. 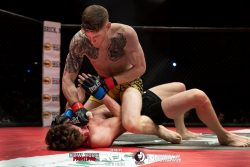 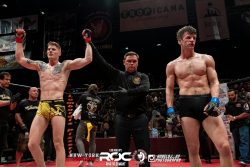 Before his debut back in May, Campbell was an extremely active competitor, fighting seven times in just over a year and remaining undefeated through it all. Now, after taking some time off before he steps back in Campbell feels ready. “It feels good to have a fresh start going into a camp. Before it was just fight after fight, but now I’m putting my health first and have had the opportunity to work on my own craft instead of just preparing for another fight” As an extremely exciting and high energy competitor, it will be interesting to see what “The Cannibal” will do after giving his body time to rest and recover. 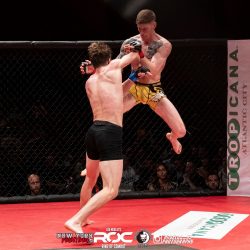 The opponent, Anthony “Achilles” Newton is an undefeated amateur fighter making his professional debut after a nearly three-year layoff. He also holds a win over former Ring of Combat bantamweight champion Phil Caracappa in the amateur ranks. Campbell believes that his experience on the big stage and having fought more recently will be a big advantage for him coming into this fight. “I’ve been on this stage before and I know what it feels like. This is another fight for me, but he hasn’t fought in almost three years and hasn’t had any pro experience. I can’t wait to show the fighter that I’ve become. He’ll find out very early on that I’m the better fighter” 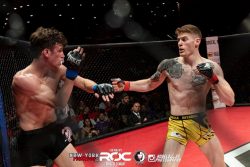 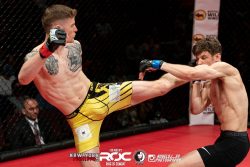 Ring of Combat has been putting on the best shows on the east coast for decades now and has sent over one hundred fighters to the UFC. Campbell hopes to be one of the next success stories to come out of Lou Neglia’s promotion, among the likes of Chris Weidman, Matt Serra, Frankie Edgar, and countless others. “I am proud to represent Ring of Combat and I think they’re happy to have me as well. They treat their fighters the right way and have proven that they have the formula and the path to get to the UFC” 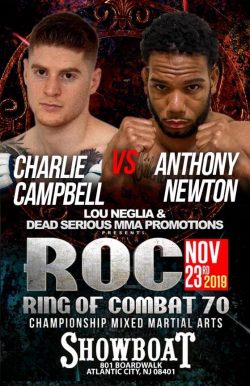 New York Fighting would like to thank Charlie Campbell for this interview and wish him luck in his upcoming bout at Ring of Combat 70 on November 23rd at the Showboat Casino in Atlantic City, New Jersey. Those who can’t attend can watch the entire event Live on UFC Fight Pass. 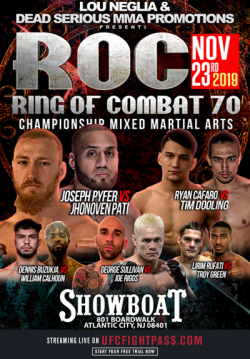