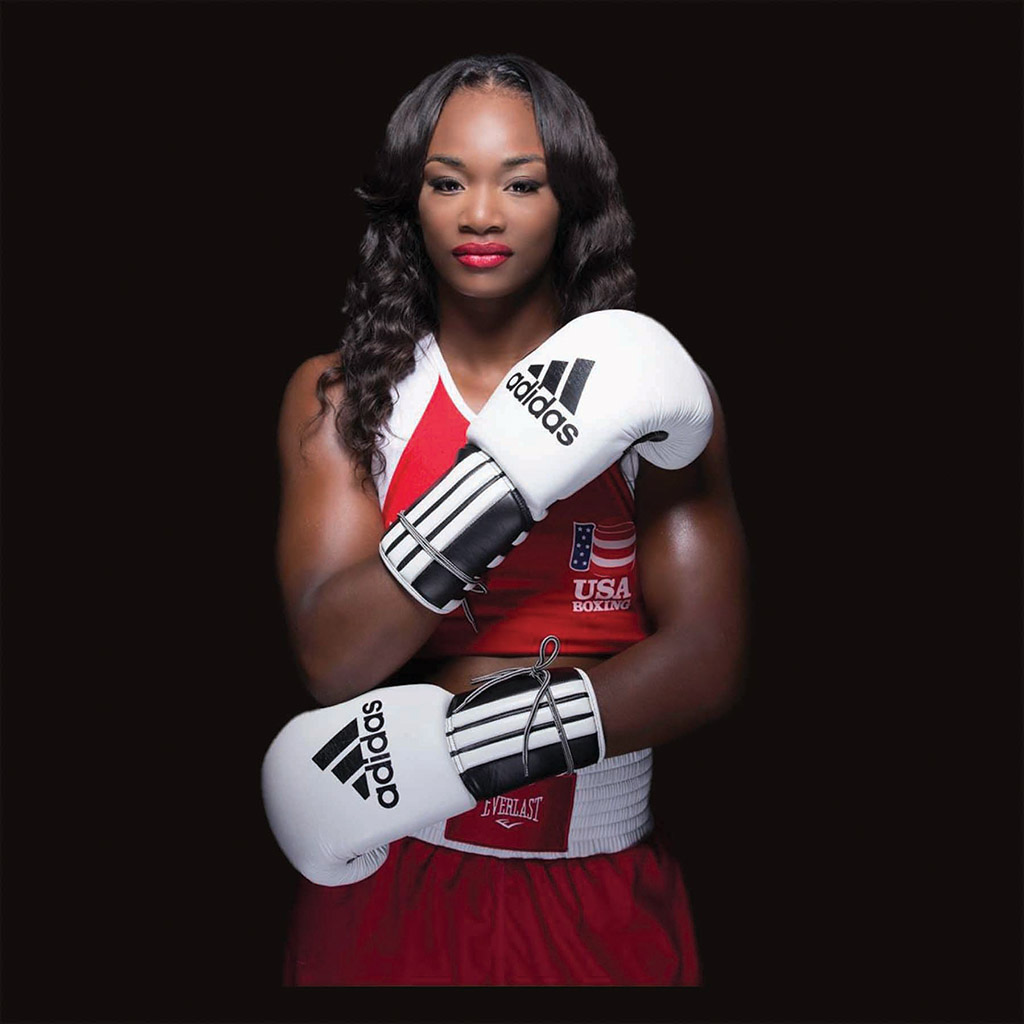 Claressa Shields is a champion. It would be hard to describe her boxing career in any other way, with back-to-back Olympic gold medals and world championships in three different weight classes.  Not to mention doing it faster than any man or woman in history, including Vasyl Lomachenko.

Growing up in Flint, Michigan, introduced to boxing by her dad around the age of nine, she showed determination and strong training focus combined with self-belief, leading her to 77 wins in her amateur boxing career. 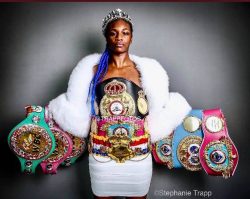 During a busy media trip to NYC, New York Fighting had a chance to speak with Shields to discuss what’s next for her in and out of the ring.

You can feel the determination in her voice, exuding confidence and a hunger for more – a strong combination for a fighter.  Since her Olympic gold medal debut, Shields seems comfortable with the spotlight and ready for primetime.  She has international ambitions, stating that she would like to fight in Mexico or the UK, granted a formidable competitor arises.

When discussing her drive, motivation and the focus she has had from the start of her career, Shields responded that training and desire to keep winning has always been there and always will be.  Going to church and having close relations with loved ones helps her deal with the day to day of being a successful fighter under the spotlight.  She adds, charismatically, that she wants to build women’s boxing and pave a way for other fighters.  It’s not only about the belts, but something bigger.  It’s about equal pay and equal promotion.  For Shields, this is a topic of constant discussion and something she is taking on with every win she accumulates.  It wouldn’t be hard to imagine Shields later on as a coach, mentor or promoter for up-and-coming female boxers.

“I want to and will be a two sport champion, continue boxing and enter MMA.”

The UFC does seem to have Claressa Shields on their radar.  Dana White has invited her to UFC matches, and his interest in boxing promotion only teases that idea more.  It was fascinating to hear the press to ask UFC’s two-division champion Amanda Nunes about her potential foray into boxing, or Shields perhaps entering the Octagon.  Nunes is adamant that Shields has to “enter her world,” making it clear that Shields’ boxing skills are respected across the spectrum.  When asked about her ideas on MMA, Shields responded, “I will definitely compete in MMA, it’s not a question of if but when.”  She confirmed the rumors about a planned a camp with UFC Light Heavyweight Champion Jon Jones after his title defense at UFC 247.

In discussing UFC Bantamweight (and recently-vacated Flyweight) champion Henry Cejudo’s recent call out to Valentina Shevchenko for an Intergender Championship Belt, and that potentially becoming a reality as the sport develops, you could feel Shields smile when responding, “It really depends on the individual match ups and would be hard to generalize but would say there are definitely a couple of male boxers I can beat.  But it really is about the individual match up.”

With Shields’ background and fight resume garnering her respect as a fighter and an individual, Hollywood has started to take notice.  Universal Pictures hired an Oscar-nominated screenwriter to write a movie about Shields’ life and her road to being a champion.  She didn’t state she would be starring in the film, but does see acting as an option as her career develops.

Women’s boxing has been in need of a Conor McGregor to bring fans, media attention, and a chance for more to appreciate the sport.  Shields might be the one who can drive it into a larger market, resulting in larger payouts and focused promotion.

There is a lot to respect about Shields, her biography, charisma and drive.  She’s authentic, states what’s on her mind, and backs it up with wins and hard work.  She is always ready to face the next champion.  Throughout our conversation she repeated several times that she plans to keep winning.  Perhaps this is only the beginning of Shields’ impact on the fight game.

Thanks to Clarissa Shields and Alvina Alston for their time.