Combat at The Garden 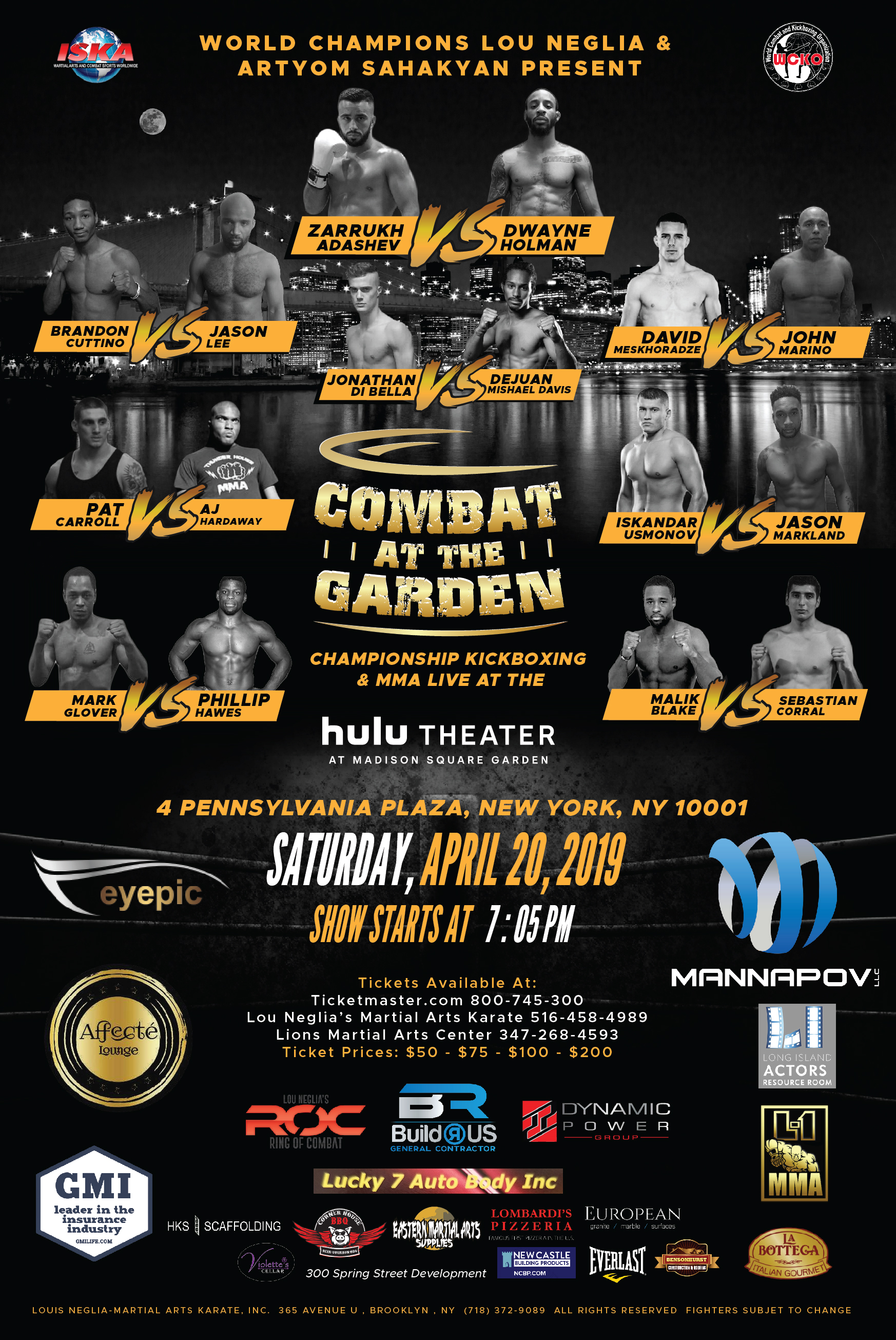 This Saturday, April 20th, Lou Neglia and Artyom Sahakyan bring Combat at The Garden to the Hulu Theater at Madison Square Garden. The night will feature rising amateur stars from Kickboxing and MMA, as well as Elite Professional Kickboxers from around the world.

Saturday will be yet another homecoming for Lou Neglia, as he won and defended  his Kickboxing World Championship Title here at MSG during his fight career. Now, he continues to create platforms for young fighters to follow their passions and fight in the World’s Most Famous Arena.

Combat at The Garden Tickets