Corey Anderson: A Story of Redemption 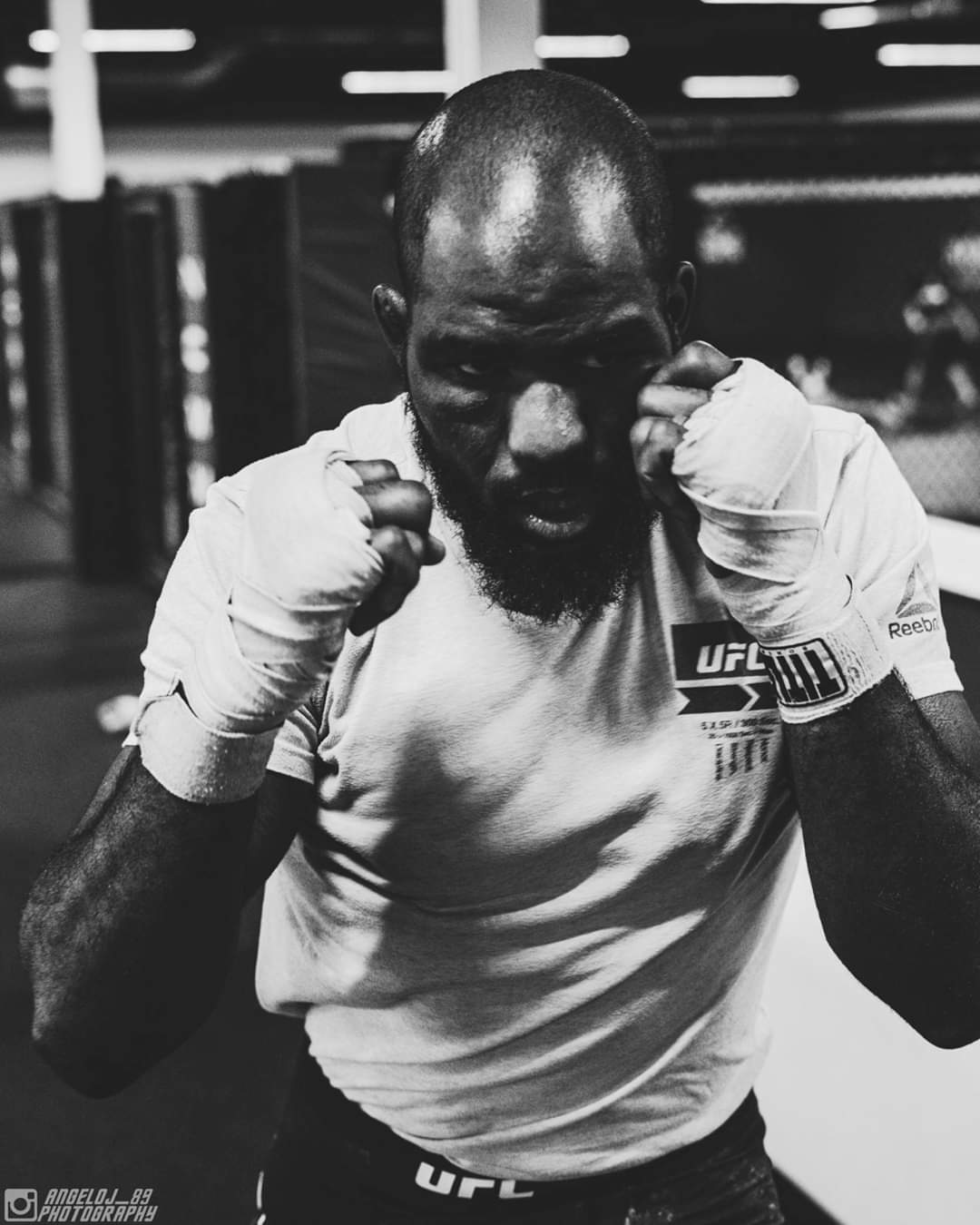 It was the third round and things were looking good for Corey Anderson. He was dominating a very game opponent in Ovince St. Preux, who was a short notice replacement for Patrick Cummins.  Ovince, or OSP as he is known, needed a hail mary to win the fight that was dominated by Anderson’s superior grappling up until this point. With the roar of the crowd at the infamous Madison Square Garden, Anderson pushed harder.  He was always the over achiever and never wanting to coast. Instead of grappling, he chose to pursue the riskier option and continue standing with the always dangerous St. Preux.  One perfectly timed kick, one ill-timed and misdirected slip, and its lights out for Anderson.  There’s no room for error in the UFC’s light heavyweight division and Corey learned the hard way on one of the world’s biggest stages.

Never wavering, Corey got back to work, but after back to back KOs he knew changes had to be made.  Now wasn’t the time to work harder, it was time to work smarter.  Over the next two years Corey would continue to evolve as a complete martial artist – polishing up his kickboxing and developing a physical style that suited him better.  Improving his mindset was the biggest piece to the puzzle. He added more recovery and meditation to his arsenal in the form of using BrainTap and hunting. Corey found solace in the peace and quiet of the Jersey woods.  With a tendency to over train, hunting was his missing link. 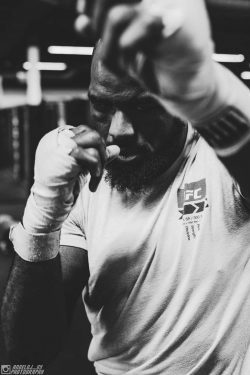 The changes in his regimen proved to be a success, as Anderson has gone 4-0 in his last 4 outings. He would come back with a record breaking performance against the D1 All-American wrestler in Pat Cummins. Landing an impressive 12 takedowns against one of the top wrestlers in the division. Corey then got the call to take a two-week notice fight against the #3 ranked Glover Texiera in Hamburg, Germany. Game as always, he took the fight and dominated the seasoned vet in all three rounds mixing up his boxing and wrestling beautifully and never allowing Texiera to find his rhythm.  He went on to beat the #4 ranked Ilir Latifi at UFC 232 in a surprising stand up battle between the two wrestlers. Anderson having been unsuccessful in his takedown attempts early on in the bout, adjusted well and out struck the heavy hitter and cruised his way to another decision victory.  Anderson was vocal about his displeasure with the whole Jon Jones debacle leading up to his fight with Latifi, stirring up bad blood between the two men.

With hopes of a title shot, Anderson waited out much of 2019.  His first son was born in early March and he was perfectly fine waiting for the right opportunity to advance his career.  He felt he’d taken enough risk throughout his career and it was time for him to be a little more strategic about his choices going forward.  The thing is, the fight game has a very short memory.  With time off, any momentum you once had wanes. You lose the juice.

Anderson was then offered a fight with Johnny Walker- a dancing Brazilian with all the star power and the KOs to back it up. The thing is, Corey didn’t feel this was a fight to propel him forward. His past snubs in the rankings were discouraging and he felt disrespected with the proposition to fight outside the top 10 after beating #3 and #4.  He felt there wasn’t much to gain.  After refusing the same fight over and over, he finally had the realization that rankings indeed don’t matter.  As he’s been shown time and time again.  He accepted his position.  He felt that this fight didn’t make sense, but now he was just going to have to show the UFC that it didn’t make sense.

So here he was, once again back at Madison Square Garden – almost 2 years later to the day of being on the bitter end of a highlight reel knockout.  Facing the next big thing in his division…the flashy exciting guy that the mma media was already touting as the man to beat Jon Jones. The man to beat Jon Jones.  That’s what Anderson overhears in Walker’s interviews throughout fight week.  Not even hiding the fact that Walker has one man to get through to get to Jones in the first place and that man was him.

Fans and media outlets had similar predictions: Johnny Walker by another dazzling KO.  Anderson still not shaking the reputation for being chinny, while the few who were predicting a win for Corey were betting on him grinding out another decision.  Whatever the prediction, everyone could agree that it was an interesting fight.  Walker hadn’t really been tested and Anderson could potentially be just the man for the task.

Fans booed Anderson as he entered the Garden, yelling that he’s going to be knocked out the whole time he waited in the tunnel to be called out.  Johnny on the other hand, smoothly dances to Frank Sinatra’s “New York, New York,” – the crowd giddy with delight.  The introductions are made and just as the excitement came to a peak, it abruptly came to a crashing halt with a well-timed overhand right.  Johnny was rocked, but still taunting and laughing it off, but Anderson smelled blood.  He jumped on Johnny hitting him with a barrage of punches.  Johnny tries employing his signature clinch to save face and talk some more trash, but Corey continues to rip him with uppercuts.  He pours it on, backs Walker against the cage and administers the coup de grace in the form of a barreling right hand.  Two minutes and seven seconds into the first round, the ref has to break the men apart- calling the fight.  Anderson with a standing TKO…shocking everyone in the arena.  This was exactly what Corey had to do and when he had to do it.  Celebrating and uncharacteristically taunting Walker post- fight, you can feel the heavy load being lifted from Anderson’s shoulders.  He stopped the hype train, made his case for the title and forced people to respect his ability.  Like him or not, he was here and he was going to be a problem for anyone in the division.

Over the next few weeks speculation went into who was going to be Jones’ next matchup. It seemed to be down to Anderson and Dominic Reyes.  Reyes most recently finishing ex-champ Chris Weidman.  It’s then announced that Reyes is the man.  Jones says he’s the tougher opponent, but it’s no surprise given Anderson’s sometimes tumultuous relationship with the UFC as of late. That’s okay.  With 14 fights in the UFC, he’s been relatively under the radar. Very often the underdog and always getting better with each outing. He can only be denied for so long.  With his last performance leaving him right on Jon Jones doorstep.  It won’t be long until he has to let him in.

Anderson will be facing Jan Blachowicz February 15th, 2019 headlining UFC Rio Rancho. This fight is for the number one contender spot in the division.