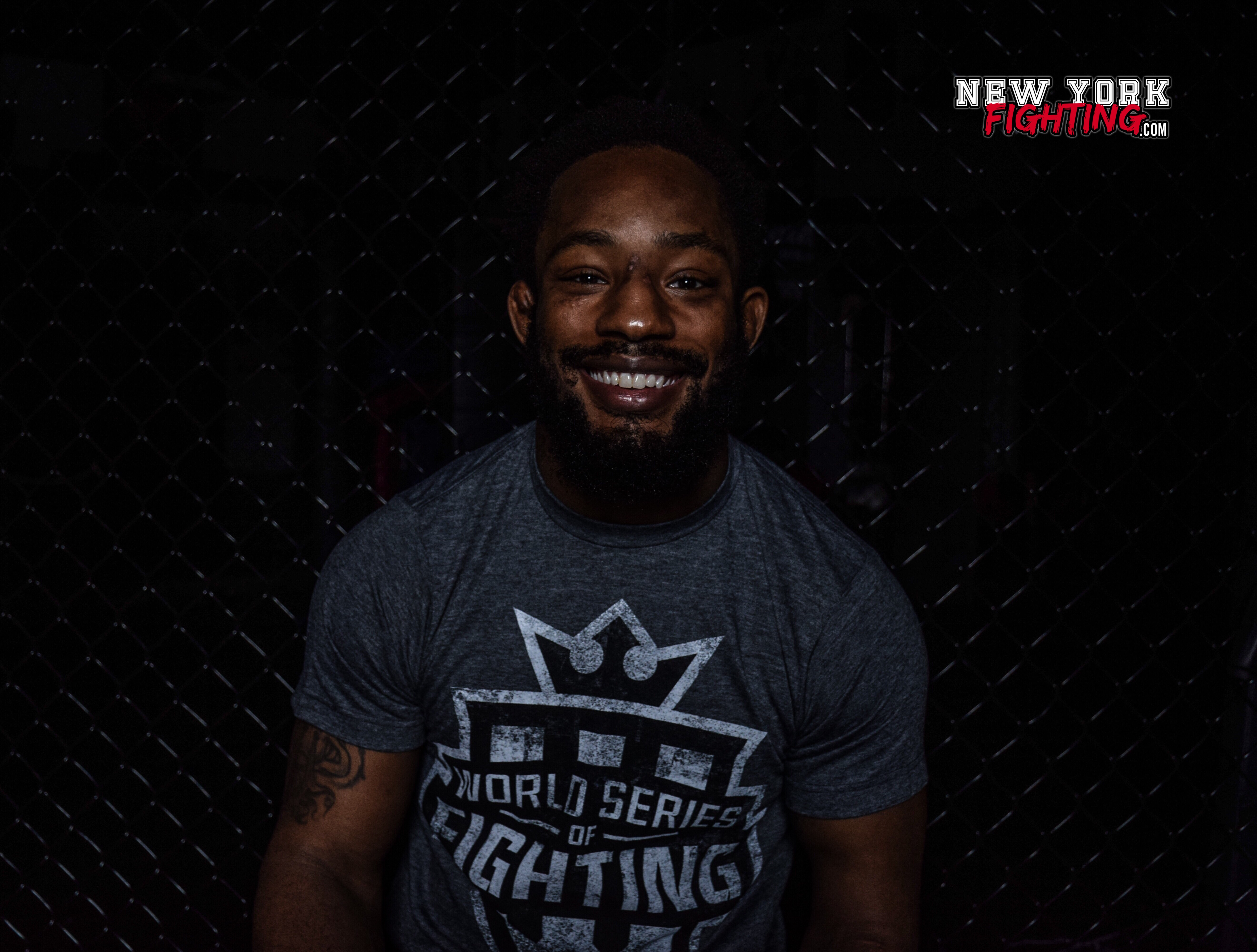 Andre “The Bull” Harrison is set to fight for the World Series of Fighting featherweight title, this Saturday LIVE on NBC Sports. Training out of Bellmore Kickboxing/MMA and Scarola BJJ, Dre The Bull puts his 15-0 record on the line against current MMA, champ, Lance Palmer. Get to know more about The Bull, what he thinks of this fights, how he got here and much more!