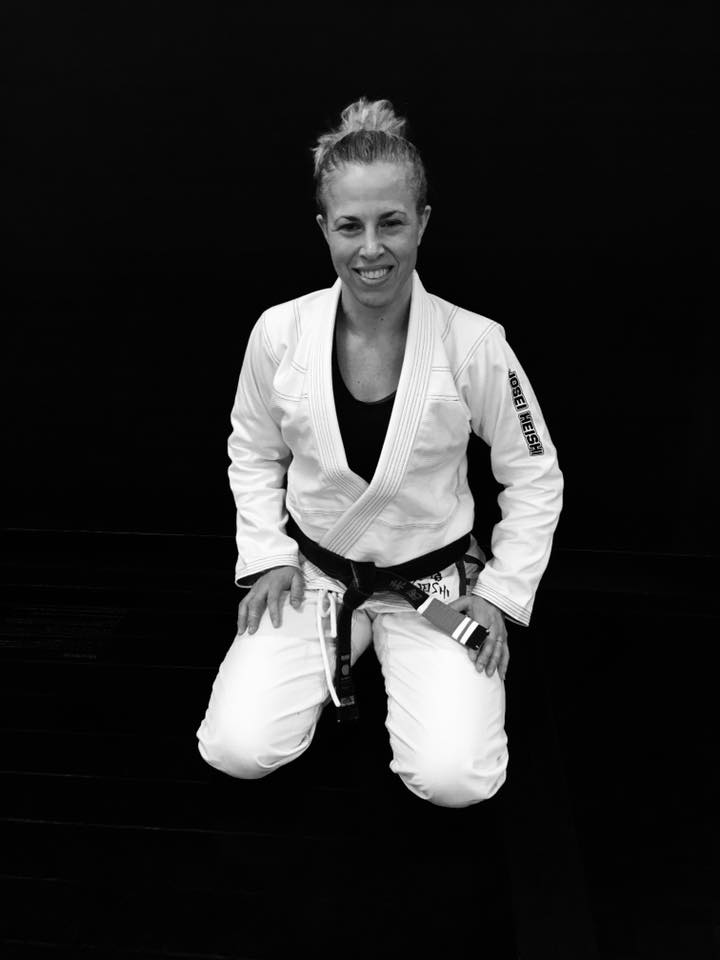 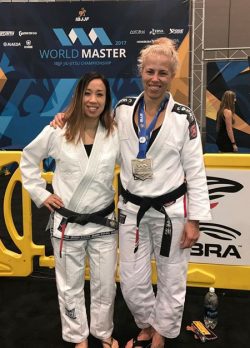 Despite the pressures that comes with such a prestigious tournament, Russell says when preparing, she keeps her focus by “by reminding myself that I don’t deserve to win without putting in the hard work. I’m not calm until I start the match. I look calm but on the inside I’m jittery and almost feel like I’m vibrating. But, once the match starts it’s what I do everyday. I’m good. In my zone.”

The athlete originally started her martial arts journey with Muay Thai, but had her aspirations set on MMA. As chance would have it, a Jiu-Jitsu instructor began teaching at her kickboxing school. Intrigued, Russell went to try it out and was pushed to roll live her first night. That was the beginning of it all and she has yet to look back. Now her focus is on being the best student and professor for her team, as well as supporting other women in the sport. 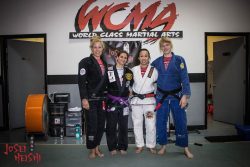 “I’m lucky that I have a great team and guys that push me to be better than the day before. But, I know it’s not like that for everyone,” Russell says. “I come across ladies that are the only ladies in their schools and travel to compete with no support system whatsoever. I think that BJJ is growing tremendously for women and I think that the opportunities will even out with our male counterparts. The growth of women’s MMA has made Jiu-Jitsu more popular and who doesn’t want to be able to protect themselves?”

Russell credits Professor DeBlass as a mentor, stating, “He believed in me when I wasn’t so sure about myself. I bounce ideas off of him with training and competing still. I know he’ll be honest with me and doesn’t sugarcoat it! I respect that.” She finds encouragement in all aspects of her life, counting “My husband, my sister and my incredible team are my support. I definitely feel that I’m that for my team. I’ll help them in any way that I can. Whether it’s drilling moves, going over rule sets, or talking strategies.” 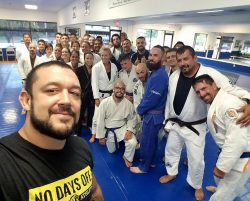 A sponsored athlete of Josei Heishi BJJ, a brand dedicated to empowering the women of Jiu-Jitsu, Russell raves that she loves what they stand for. She says she completely supports “A company that’s owned by a woman that supports female athletes! I think they’ve helped other women by having their ambassador program, having an open Facebook group for discussions, hosting and supporting seminars by female athletes, hosting open mats and donating to some incredible charities!”

This follows the values Russell tries to uphold. She states, “I’ve always been strong willed and stubborn, but Jiu-Jitsu has taught me to have perseverance. If I set a goal for myself, I always see it through. I have learned that I’m capable of doing anything I set my mind to. That’s one trait I hope my ladies know. That they are all capable of great things. Also to never settle for less than they deserve. Jiu-Jitsu has given me an outlet for my normally wound up self. It keeps me calm and grounded. I’ve met some amazing people and life-long friends. It’s a difficult journey to your black belt but it’s so worth it.  I wouldn’t change it for anything.” 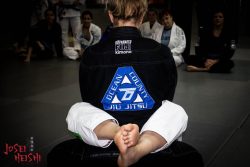