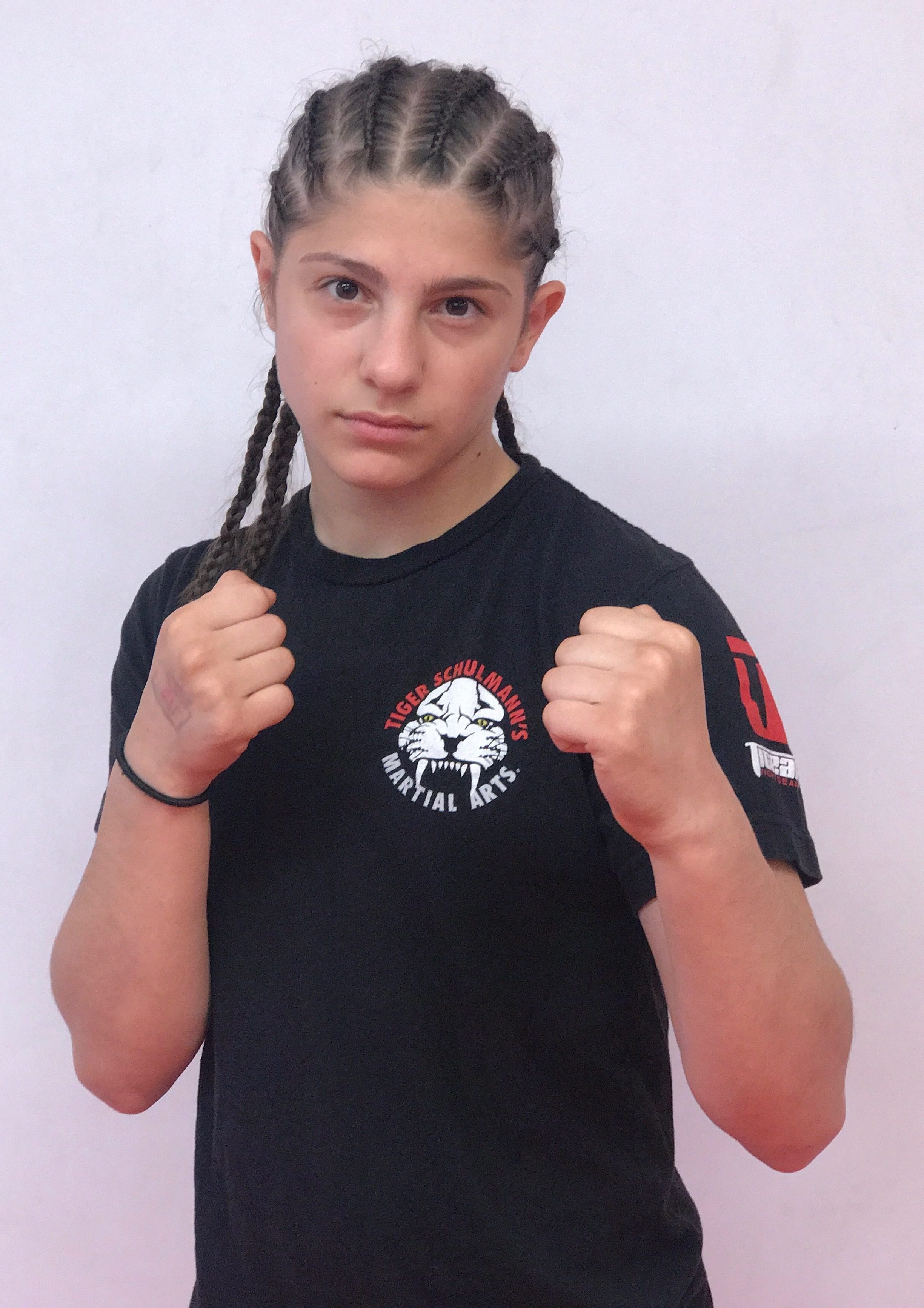 A young athlete will make her kickboxing debut in the ring tonight at Lou Neglia’s Combat at the Capitale, but this is far from her first show. Tiger Schulmann’s Sophia Mirabella may be only fifteen years old, but the fighter has been competing in martial arts since the age of seven.

“I just wasn’t afraid to get in there and try it,” she says. “It was a lot of fun and now martial arts has become a huge part of my life. Martial arts has taught me to always have patience with a lot of people, to always be kind, and to always do your best in everything.” 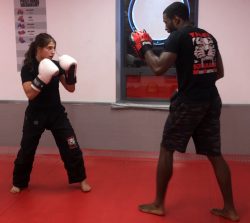 Mirabella was drawn to the sport after noticing a Tiger Schulmann’s opened nearby her home. It didn’t take much convincing for her parents to bring her in, especially after noting that she’d learn how to defend herself. Since then she’s competed a multitude of times, in everything from jiujitsu to MMA.

“The people who know me well know that I do MMA, but so many of my friends think it’s really cool that I know how to defend myself,” Mirabella says. “It’s a very uplifting feeling, because wherever I go, I know that I have the confidence to protect myself. I know when I’m out, I won’t need anyone else, having myself is enough.”

The athlete is an active viewer of fights both on television and in the city. Well-spoken and knowledgable, Mirabella cites UFC champions Joanna Jedrzejczyk and Amanda Nunes as inspirations, as well as her Tiger Schulmann teammates.

“My favorite fighters are my teammates Jimmie Rivera, Shane Burgos, and Lyman Good,” Mirabella says. “Being a part of the Tiger Schulmann organization is like being a part of one big family. I want to be the best and they show me the way to the top.” 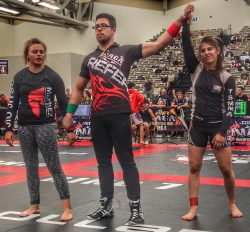 As a high school student, Mirabella balances her school-training life well. She trains for two hours nearly every day, but always ensures that her homework is completed before she goes to bed at night. The fighter understand that consistency in practice is critical, but getting her education is also very important. Mirabella notes that her family and teammates encourage her goals.

“My parents are very supportive,” she says. “I decide who and if I want to fight, and my parents have always given me the okay. At a very young age, I know what my goals are and what I want for the future. Every day I work towards those goals and get a little bit closer. What pushes me though, is the dream to be a great fighter. I want to be in the UFC and be Strawweight champion. No matter what, I’m going to make that happen.” 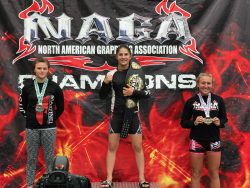