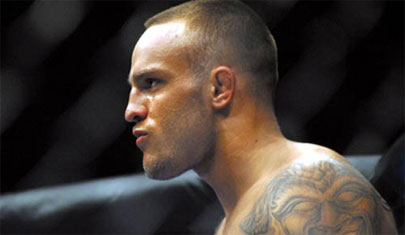 Pete “Drago” Sell, a veteran of Ring of Combat, The Ultimate Fighter, and of course the UFC, has fought against and coached some of the best fighters in New York and the world. As a fighter, his passion, grit and exciting style of fighting has made him a fan favorite. The Serra BJJ black belt is now creating the next generation of grapplers at LAW MMA, sharing his extensive arsenal of jiu jitsu techniques.

Sell originally started out as a Taekwondo practitioner, earning his black belt in the striking art. When he was a teenager, with about one year of wrestling experience under his belt, two Renzo Gracie white belts walked into his Taekwondo gym and offered up an interesting challenge to the members. “They said that we could hit them, and they couldn’t hit us back, only use their jiu jitsu. I had been wrestling for a little, so I had somewhat of an idea about grappling, but these guys twisted us into pretzels,” Sell recounted. At the age of 15 he went to the grand opening of the Renzo Gracie Long Island Academy and started training in the art of Gracie Jiu Jitsu. “I left for two years because I was going through the high school phase of just hanging out, but I said to myself you know what I’m gonna get back after it. From that point on I was hooked.” From then on he made the transition into mixed martial arts, winning the Ring of Combat title and earning himself a shot in the big leagues.

In 2005 Drago made his UFC debut on short notice against the widely known “New York Badass” Phil Baroni. Sell was a 6 to 1 underdog leading up to the fight and few people gave him a shot to win. In the build-up, Baroni used trash talk to try and get into the head of Sell and had no hesitation trying to assert himself at the weigh ins. When fight night came and the cage door locked, there was no more time to talk, however. Late in the third round, down in the fight, Sell locked up an extremely tight guillotine from full guard, swept to mount and got the submission win. He said “I’ve had some great moments in jiu jitsu, but there is nothing like fighting. The way the Baroni fight went down, with me putting all of the smack talk he gave to rest and him to sleep really made it an awesome experience. Matt [Serra] and Ray [Longo] made me believe in myself and I got the job done.” 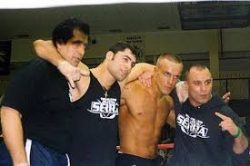 Sell has been with the Serra-Longo Fight Team since he was a teenager and the combination of the two coaches, he says, have had the biggest impact on his career. “It’s not just the technique and the fighting knowledge, the way they pump you up in the corner or even just at the gym is something special. Individually they’re great coaches but as a team they’re even better.” Their coaching style is something that Drago tries to emulate while he coaches the jiu jitsu classes at Longo and Weidman MMA. “We have a ton of great up and coming fighters at LAW. Recently we had Dylan Mantello, Dennis Buzukja and Charlie Campbell all win by knockout and of course there’s James Gonzalez who’s a stud.” While still having aspirations to compete, Sell is very happy with coaching as a way to stay involved in the sport. “Teaching jiu jitsu has been a very gratifying feeling. When you show someone a technique and they hit it in competition and come up to you and thank you for teaching it to them, it’s a rewarding experience. I try to be like Serra and Longo when I teach, and I can only imagine what it feels like for them.” 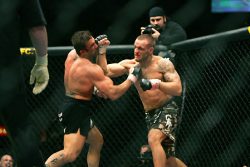