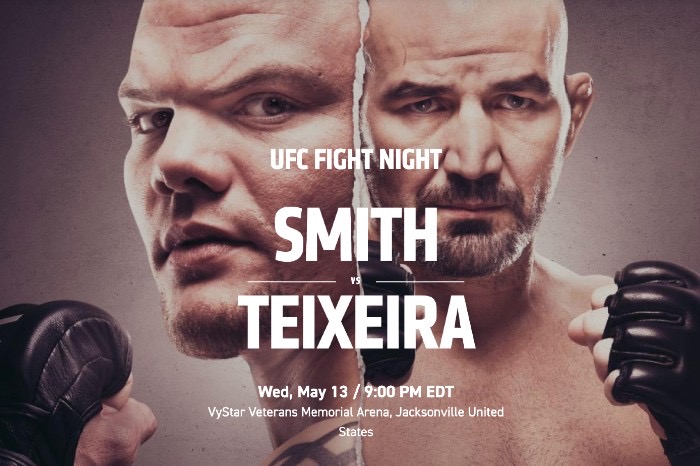 After a successful debut this past Saturday from Jacksonville, FL for UFC 249, Dana White and the UFC are back this Wednesday with UFC Fight Night: Smith vs Teixeira. Saturday’s overly stacked card was filled with hard hitting, bloody, back and forth fights, giving sports starved fans exactly what they were hoping for. The awkward silence of the empty VyStarr arena quickly gave way to the loud thuds and smacks of 4oz gloves hitting flesh and bones smashing into bones. The fighters could hear the commentators, the commentators were socially distanced, but the fights were explosive and entertaining. With another card full of talented mixed martial artists set to stream on ESPN+, Wednesday night’s fights should be just as exciting a sporting event to watch, with some interesting odds.

We’ll breakdown the main card, the fight odds, and drop some staff and fighter picks.

Joining us today with their Fight Picks are: 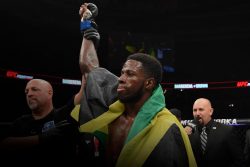 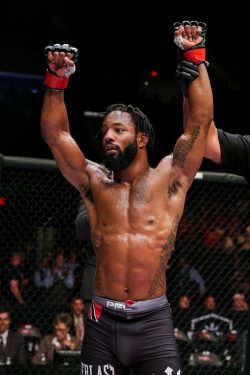 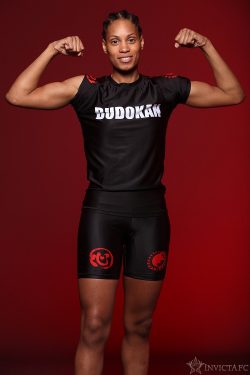 Kyle Antonelli will be back breaking down fights with us soon, and everyone at New York Fighting wishes him and his family the best as they welcome their new baby girl to the world. 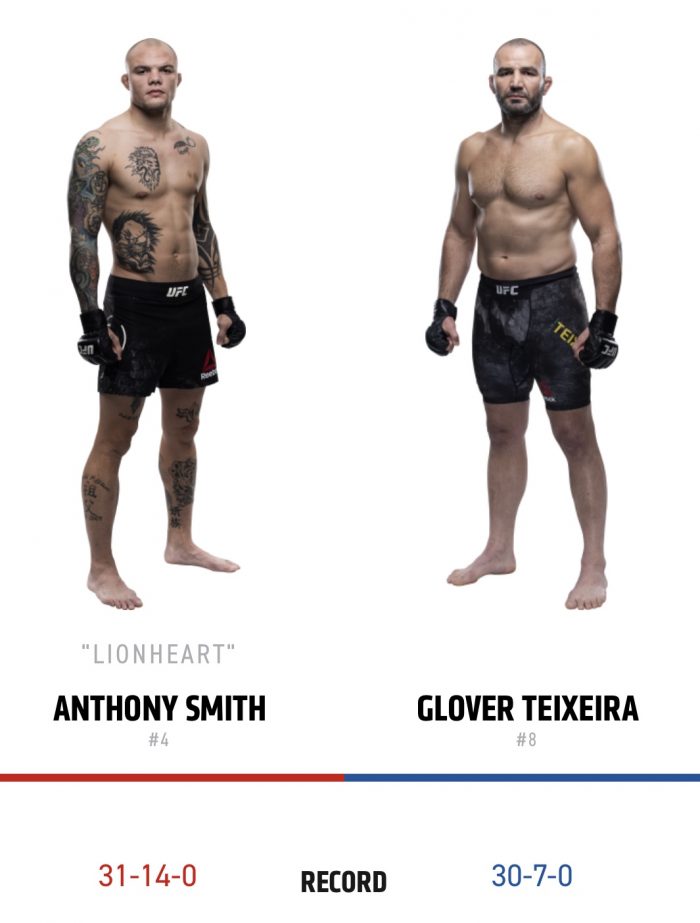 Originally slated for Lincoln, Nebraska, veteran light heavyweights Anthony Smith and Glover Teixeira will finally get to fight in the Main Event on Wednesday night. Both men have challenged light heavyweight king Jon Jones as well as some of the best the division has to offer, and have built an impressive record with over 75 professional fights between them. That experience will be a factor in this fight as both men have the ability to finish on the feet or the floor.

Matt’s Pick: Glover is highly underrated and hasn’t shown too many signs of slowing down, but Smith’s pressure, youth, and overall athletic ability will prove too much for him. Smith by decision or late round TKO. 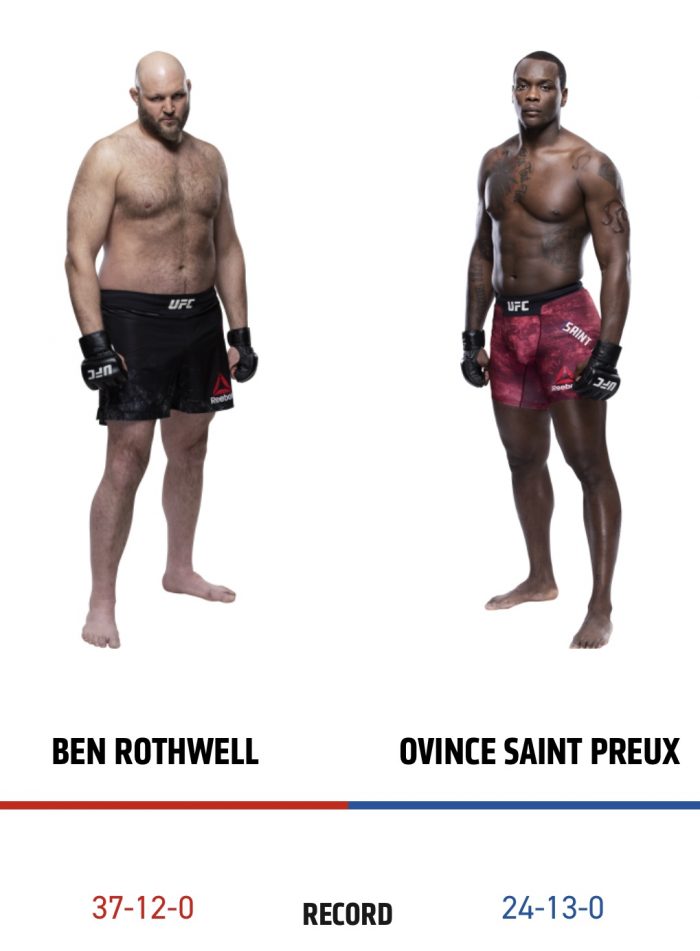 In the Co-Main Event  Heavyweight veteran Ben Rothwell welcomes veteran light heavyweight Ovince Saint Preux to the division. Although OSP is moving up a weight class don’t look for him to be overpowered by any means. Rothwell is a strong heavyweight with high level experience across multiple promotions, but he hasn’t shown the consistency or athleticism to deal with the speed and explosiveness of OSP. Ben is a very durable fighter, and can weather a storm if OSP does get over excited and go in for the kill to soon, so both men will have to show off their experience in the cage and stay patient, one wrong move could be lights out for either man.

Matt’s pick: Ben is surely no push over, but OSP is on another level athletically. Look for Saint Preux to use his speed and quickness to frustrate Rothwell and pick up a decision victory. 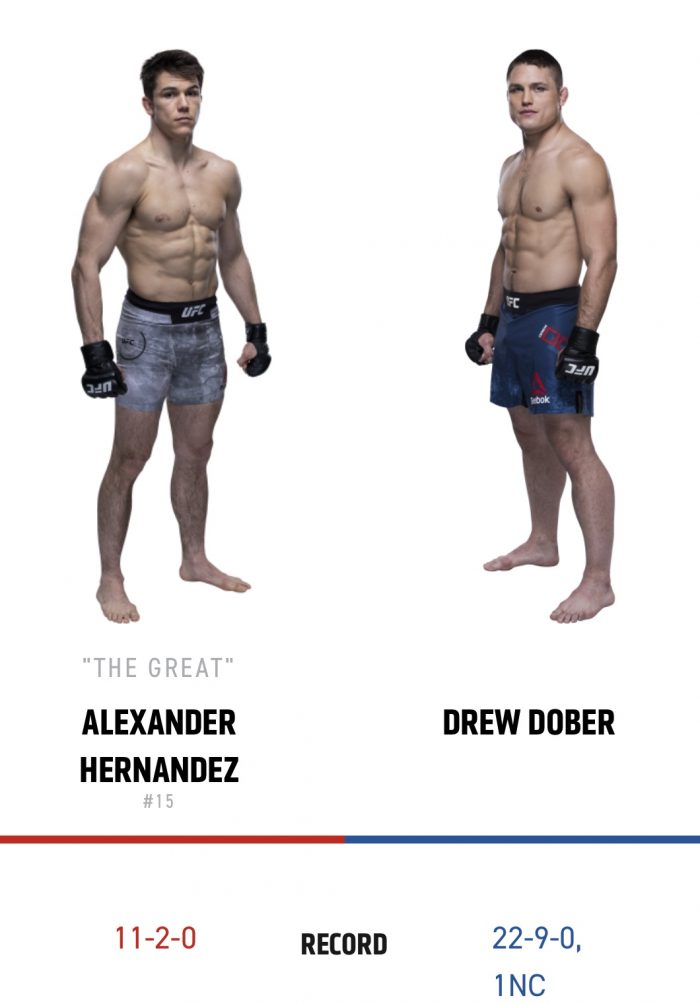 This fight pits two potential future contenders against each other as lightweights Hernandez and Dover face off to see who will continue to climb 155lb ladder. Hernandez bounced back after a tough loss against perennial top 10 fighter Donald Cerrone with a decision win in San Antonio last summer. The young man who was once talked about as a future champion has to get past a hungry Dober, who is enjoying a 2 fight win streak. With a chance to break into to top 10 after this fight, both men will be looking to cement their place among the division’s best.

Matt’s Pick: Dober is a tough out for anyone at 155, but Hernandez seems to have gotten his groove back and shows he could still have the ability to take over this division. Hernandez by decision. 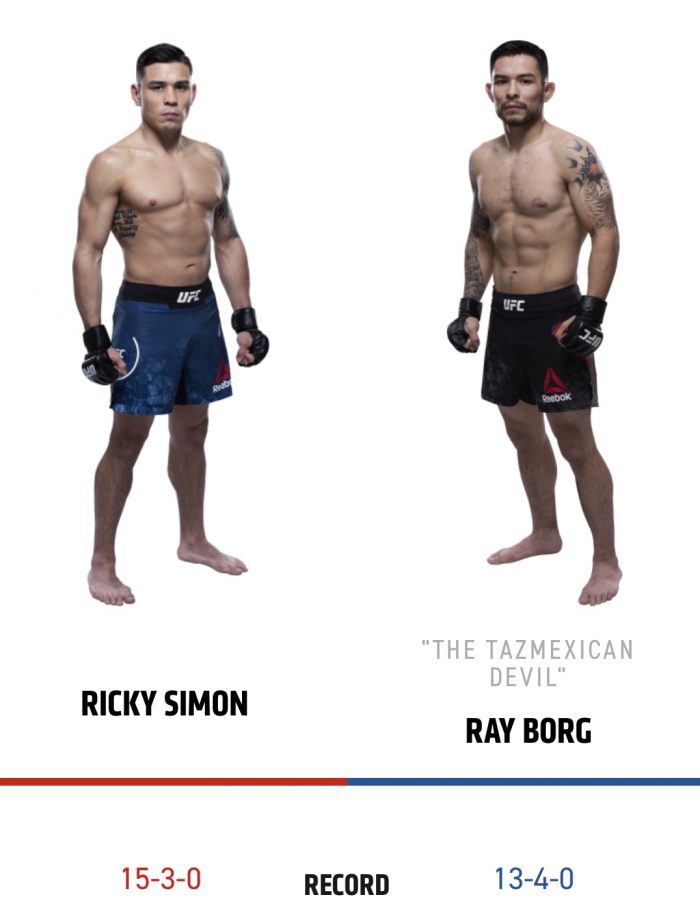 Ricky Simon welcomes Ray Borg to the Bantamweight division after Borg missed weight for the 4th time in his last outing. Although weight has been an ongoing issue in his UFC career causing questions regarding his discipline and focus, Borg has continued to show his fighting abilities are not to be questioned. Simon has had some ups and downs in the UFC,  but looks to get back into the win column and a victory over a big name like Borg. Both men have are still prospects with bright futures, and a win on Wednesday will propel one of them towards the top of the division.

Matt’s Pick: The move up in weight could be exactly what Borg needs. Borg will outpoint Simon on his way to a split decision win 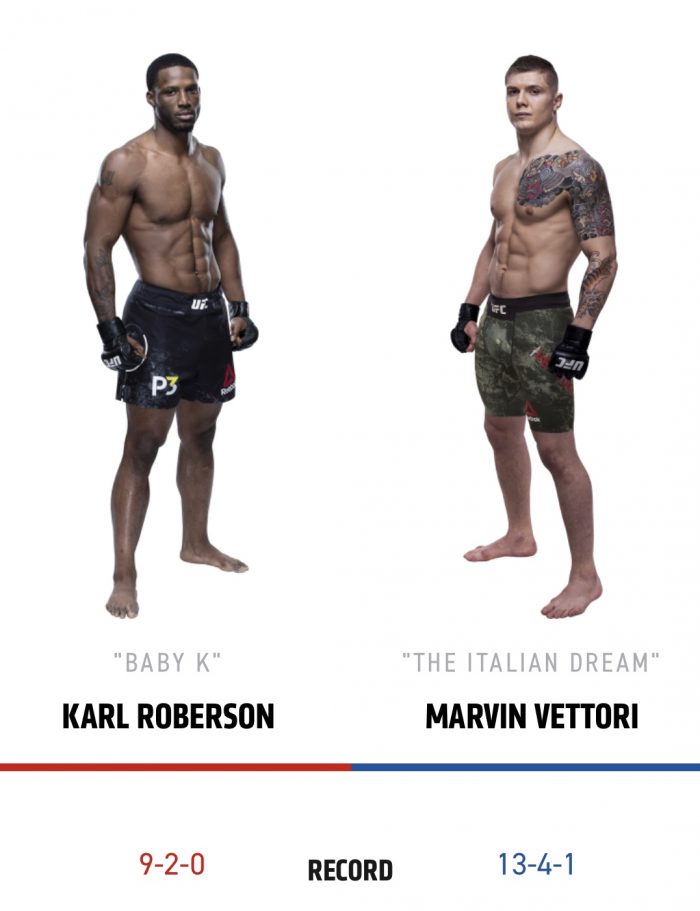 This Middleweight matchup brings us some fresh faces to the division, with each hoping to make a name for themselves on Wednesday night. Contender Series alum Roberson has shown his KO power and Kickboxing prowess in his recent fights, but this won’t cause the Italian horn Marvin Vettori to back down. Both men are eager to finally compete and earn a spot among the top ranked fighters in the 185lb division.

Matt’s Pick: Karl Roberson has looked impressive and I’ve heard great things about him from other fighters and camps. Roberson by KO in the second. 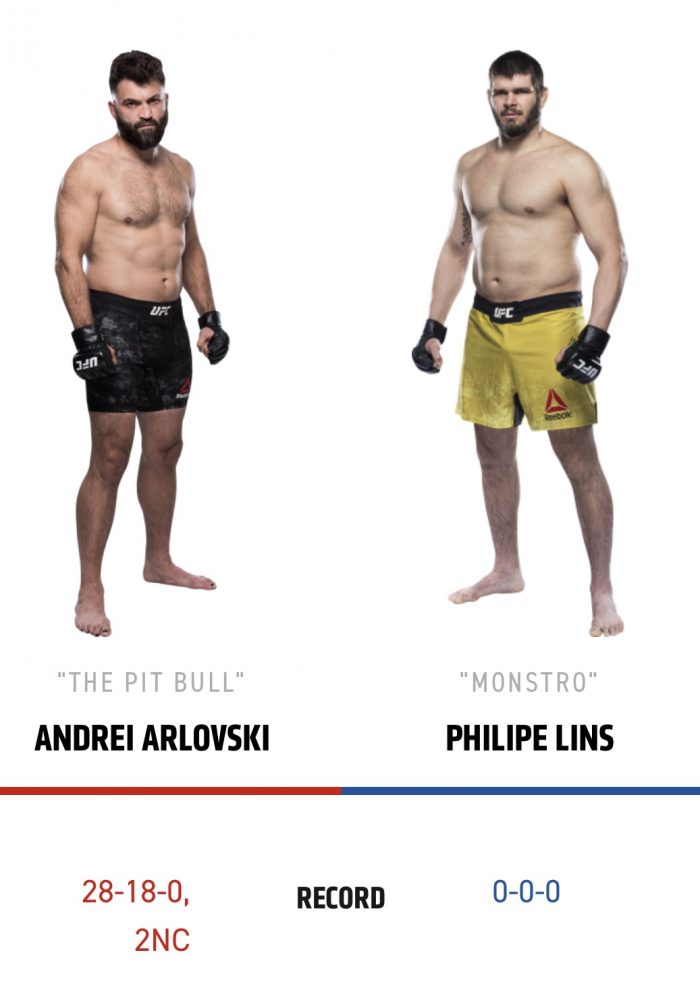 UFC veteran and future Hall of Famer Arlovski welcomes newcomer Lins to the heavyweight division for his Octagon debut in the headliner of the undercard. “The Pit Bull” has seen many fighters come and go throughout his tenure at the UFC, starting back in 2000. He’s been to a fighter deemed “past his prime” or “too old to compete” on many occasions, but he still keeps surprising critics and and entertaining fight fans. Lins has also had his share of ups and downs, but may realize the levels of competition in the heavyweight division to be a bit different between the UFC and PFL.

Matt’s Pick: I have to go with Arlovski for this one. Partially because I really think he can win. Partially out of nostalgia. “The Pit Bull” by TKO rnd 2