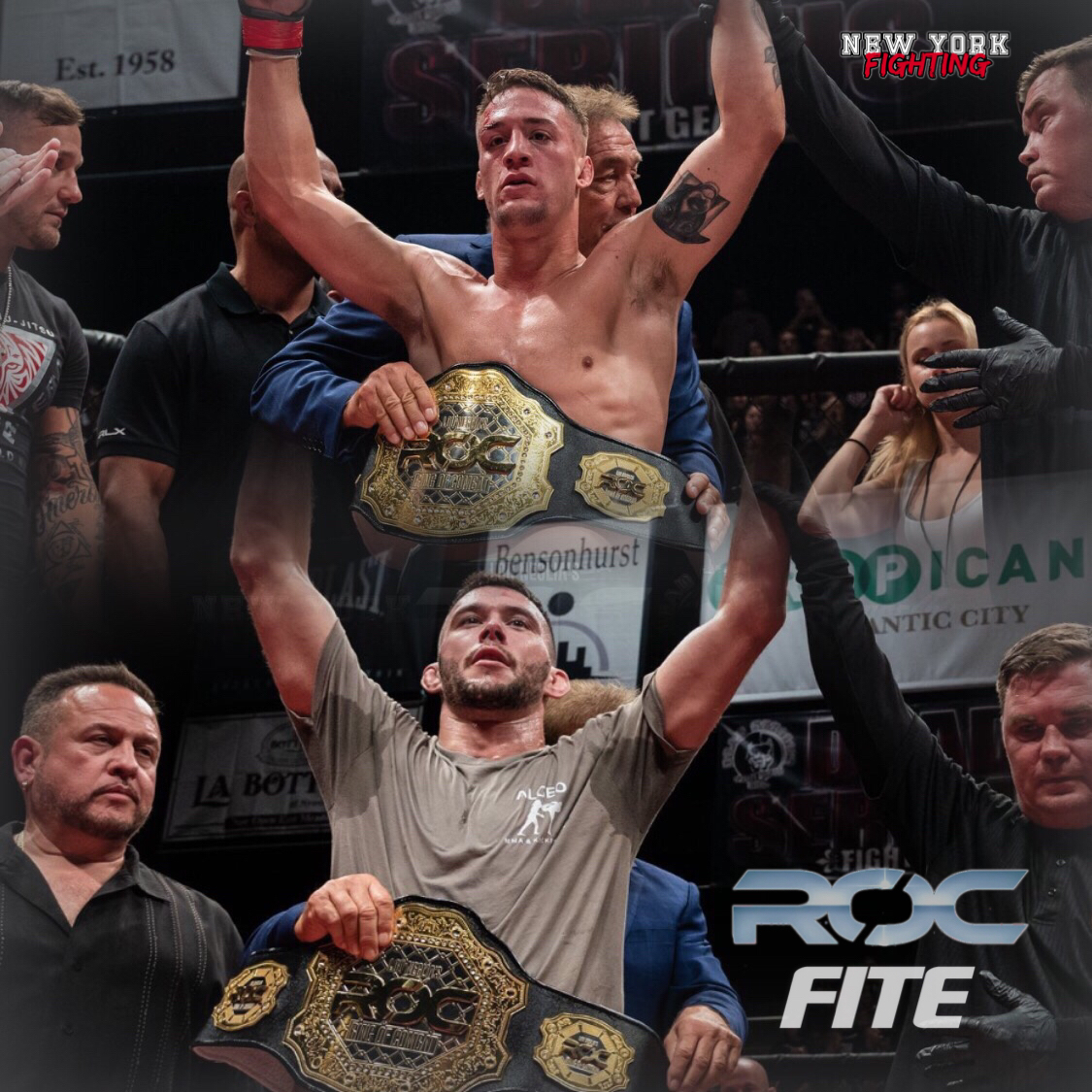 It’s Fight Week for Ring of Combat as Lou Neglia and Dead Serious MMA return to the Tropicana in Atlantic City, NJ for ROC 67.  Ring of Combat is not only one of the longest running Mixed Martial Arts promotions, it has also sent well over 100 fighters to the UFC, 4 of them becoming Champions (Matt Serra, Frankie Edgar, Chris Weidman, Eddie Alvarez).

This Friday, two Champions defend their ROC title with hopes of getting the call up to the big leagues afterwards.  Ring of Combat president Lou Neglia said, ” We’re looking for the next fighter to get the call from the UFC. Any of the title fights can be selected, they are under the radar.”

The first title fight has bantamweight champ Phil Caracappa taking on contender John Sweeney. Phil looks to stay undefeated on his way to the UFC. The Main event has Featherweight champ Bill Algeo defending his belt against challenger John Platoon De Jesus. Bill has been tearing up the regional scene and looks to continue his march to the UFC this Friday at ROC 67.

Limited tickets are available at RingOfCombat.com

If you can’t make it there in person, watch LIVE here on FITE 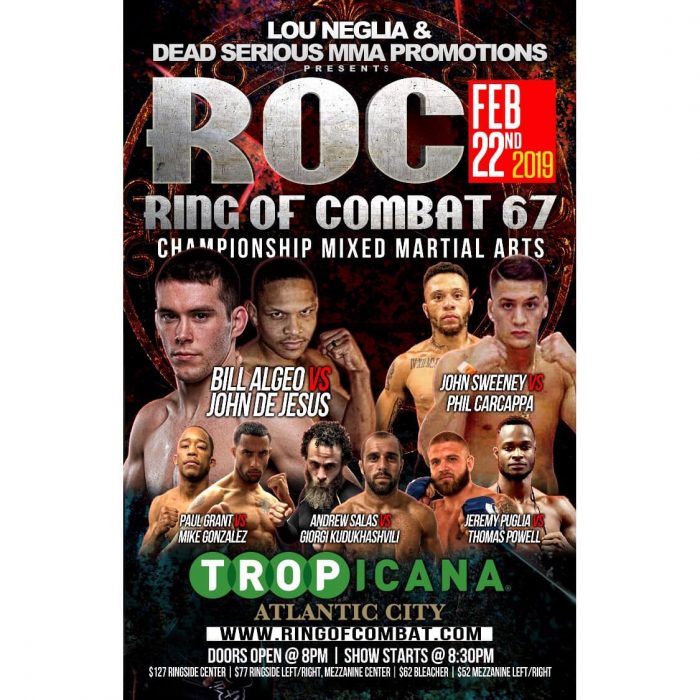