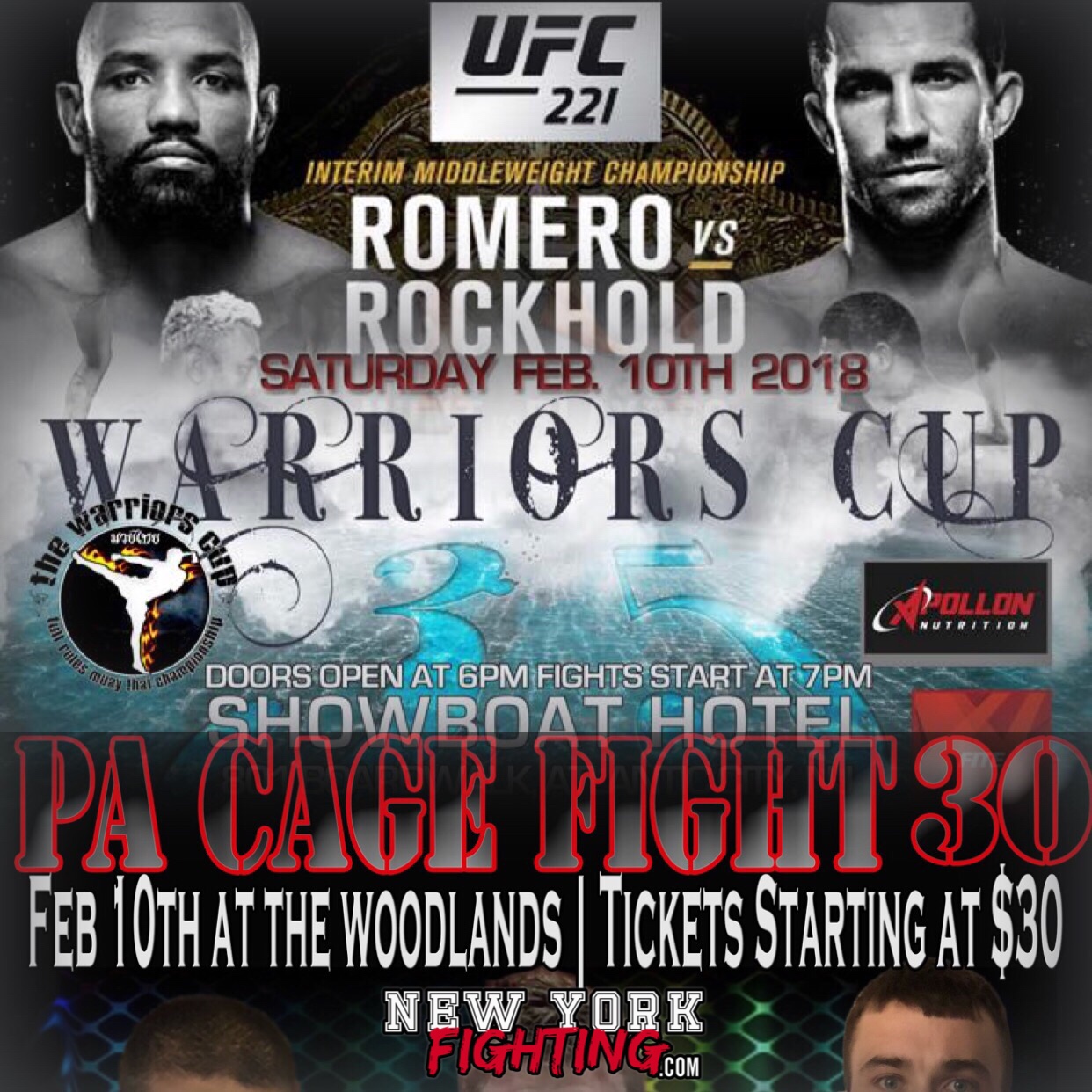 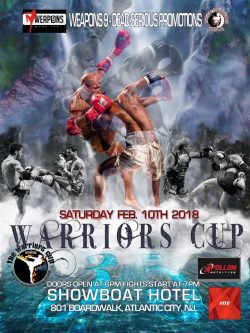 Warriors Cup Full Rules Muay Thai comes full circle as they return to New Jersey for their 35th show. This will be their first time back to the Garden State since the Summer of 2015, so to make sure it a special night, they will be holding the show at Showboat Hotel in Atlantic City. Warriors Cup’s first show in AC will be huge with a mega stacked card full of the best amateurs in North America and headlined by 2 of the top featherweight pros in the US. Ahmad Ibrahim of Rami Elite will take on Emilio Pineda of AKA Florida. These boys are highly decorated with a lot of high level experience in the amateurs. The supporting card will also include some top names such as Gianna Smith of NYC, Jenine Pilla of Philly, Jamie Mendoza of Jersey and Brandon Maisonet of PA, Elvin Johnson of Boston Mass and Bryan Burgos of Queens NY along with so many more talented fighters. Don’t miss this Muay Thai Kickboxing extravaganza on Saturday February 10th at Showboat Hotel Atlantic City. Tickets available at Deadseriousmma.com
PA Cage Fight 30 at Woodlands Inn & Resort in Wilkes Barre, PA- Saturday February 10, 2018 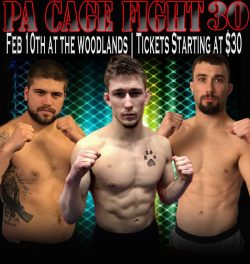 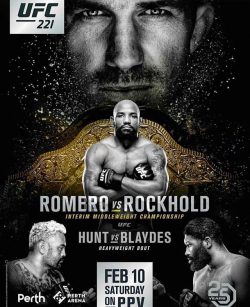 The UFC will make its first appearance in Perth this weekend, which will be headlined by the #1 Ranked UFC Middleweight Yoel “Soldier of God” Romero (12-2), as he takes on the #2 Ranked UFC Middleweight Luke Rockhold (16-3) for the UFC Interim Middleweight Title Fight. The winner of this bout will then take on the current UFC Middleweight Champion Robert Whittaker when he returns from a medical leave. Rockhold, the former UFC Middleweight Champion and Strikeforce Middleweight Champion, looks to retake the top of the division. Romero, an Olympic Silver Medalist in Freestyle Wrestling, looks to bounce back from his first loss since 2011 when he was beaten by current division Champion Robert Whittaker.
Forer K-1 Grand Prix Winner, New Zealand native, and #5 Ranked UFC Heavyweight Mark “Super Samoan” Hunt (13-11-1) will take on the rising star and current #9 Ranked UFC Heavyweight Curtis “Razor” Blaydes (8-1). In the battle of the Light Heavyweights, #13 Ranked Tyson Pedro (6-1) will fight Saparbek Safarov (8-1) as they both look to bounce back from the first losses of their careers; Pedro losing to Ilir Latifi, and Safarov losing to former Ring of Combat Champion Gian Villante. The Ultimate Fighter Series Veterans Ross “The Real Deal” Pearson (21-12) and Mizuto “Pugnus” Hirota (19-8-2) will face off in the UFC Fight Pass Prelims for an exciting battle of Lightweights. 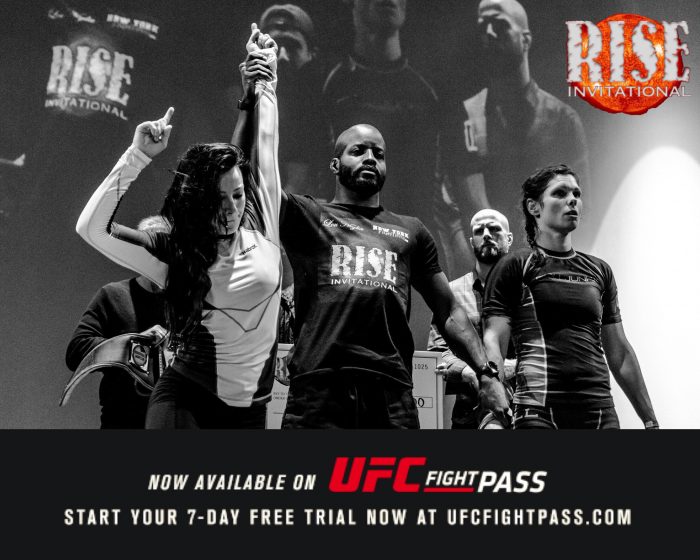