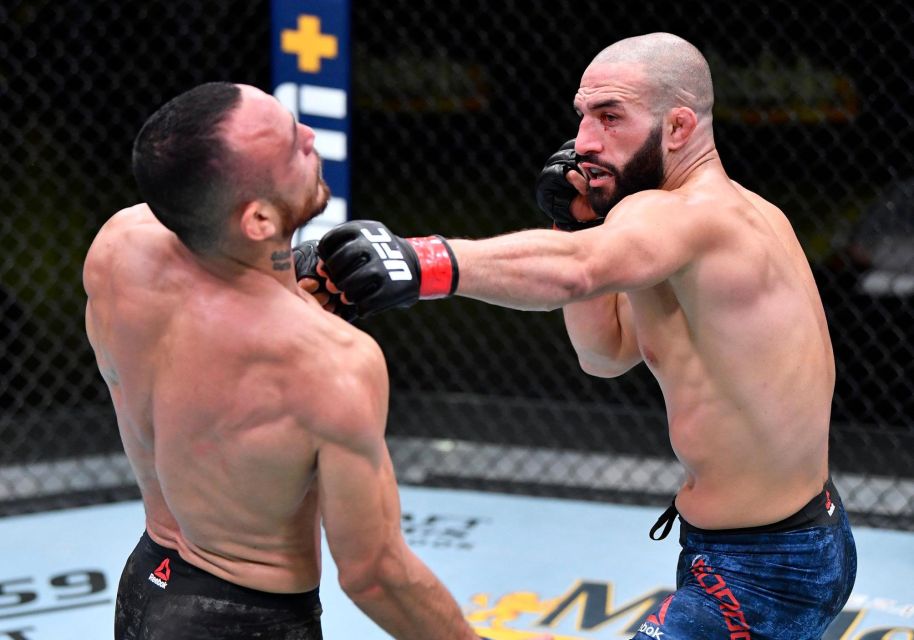 The word adversity does not begin to describe the trials and tribulations that UFC featherweight Jared Gordon has faced in his life. Time and time again, he has proved that he can overcome anything in his path to become one of the top fighters in the sport.

It feels impossible to fully cover the obstacles Jared Gordon has faced in his life. Through multiple drug overdoses, a tragic miscarriage, and his battles with mental health, he has never given up and it has made him a better person. As a high-profile MMA fighter, Gordon wants to use his platform to help those struggling with what he has faced.  He explains, “It’s my purpose as a fighter to be able to use my platform to help people that have gone through the same things that I have gone through.” Through his popularity, Gordon is becoming a symbol of hope and motivation for those facing down life’s struggles.

Even in Dana White’s brainchild of Fight Island in Abu Dhabi, Gordon faced one of the most novel challenges that a fighter could face. Due to the coronavirus pandemic the UFC was forced to require multiple days of quarantine, an immense amount of testing, and long periods of isolation to protect their fighters and crew. Jared Gordon’s experience in Abu Dhabi illustrates his tremendous resolve to never quit.

After flying into Las Vegas, Gordon and his fellow competitors needed to quarantine for two days and had to receive multiple negative tests before departing for Abu Dhabi. When they landed in Yas Island, which the UFC has branded as “Fight Island,” fighters were met with professionals in hazmat suits and faced even more testing and quarantine. When Gordon finished this long and frustrating process, he found out that he was at a significant disadvantage compared to other fighters – all of his coaches had tested positive for the virus and he was forced to train and prepare alone. 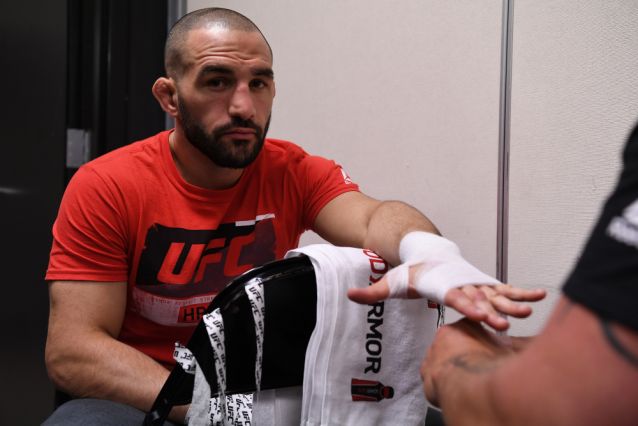 Fortunately, fellow fighters and coaches such as his teammate and UFC commentator Paul Felder, submission grappling star Garry Tonon, and Xtreme Couture MMA coach Eric Nicksick stepped in and helped Gordon prepare for his fight. Adding more stress to the situation, Gordon was notified that one of his tests in Abu Dhabi had come back positive for the coronavirus. After a great deal of worrying Gordon’s test turned out to be a false positive and he tested negative twice for confirmation.  The fight was on.

Now cleared of the coronavirus, Gordon still faced an uphill battle. Trapped in a tiny hotel room without his usual cornermen, he had to get ready for his fight and cut weight. When asked about his determination in his camp, Gordon said, “I had no option. I have been in way more serious situations…This was crazy but it doesn’t compare to some of the other stuff I have been through…I do well with my back against the wall and under pressure.” Gordon’s struggles earlier in his life have endowed him with the confidence to adapt to these unpredictable circumstances, allowing him to become not only a great fighter but an unbreakable person as a whole. He displayed this fortitude in his dominant victory over Chris Fishgold in Abu Dhabi.  That victory was but one of his many accomplishments both inside and outside of the Octagon.  In the UFC, a victory means a step forward in the rankings – the promise of another, greater challenge lying in wait.

On February 20th, UFC Fight Night 185, Jared Gordon faced Danny Chavez in a heated featherweight matchup. Chavez is a dangerous fighter but prior to the fight Gordon insisted that he was more ready than ever. “I’ve done my homework…I’m gonna put on a great show,” he said weeks prior to the fight. He did exactly that, and defeated Chavez in a unanimous decision while landing 82 significant strikes and two pivotal takedowns. Throughout the whole fight, Gordon was at the helm both standing and on the ground. With damaging calf kicks and complete ground control, Gordon had a stellar performance where he showed us a “new” version of himself.  Before the fight Gordon said, “I know that this will be my breakout performance…I’m gonna go in there and show a new Jared Gordon.” After all, renewal has always been one of his strongest features. With a spectacular performance this past weekend, Jared Gordon is defining that new identity with every victory. 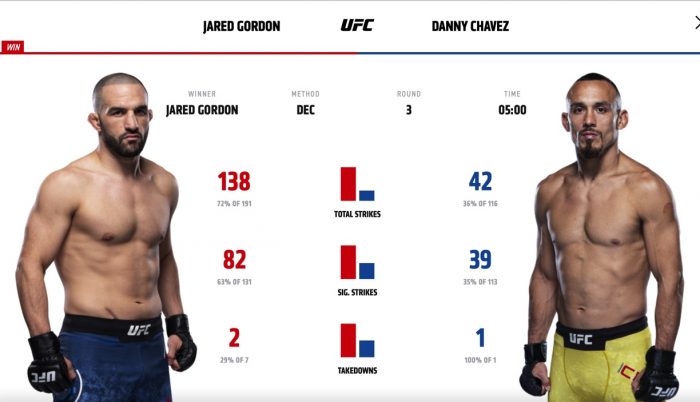