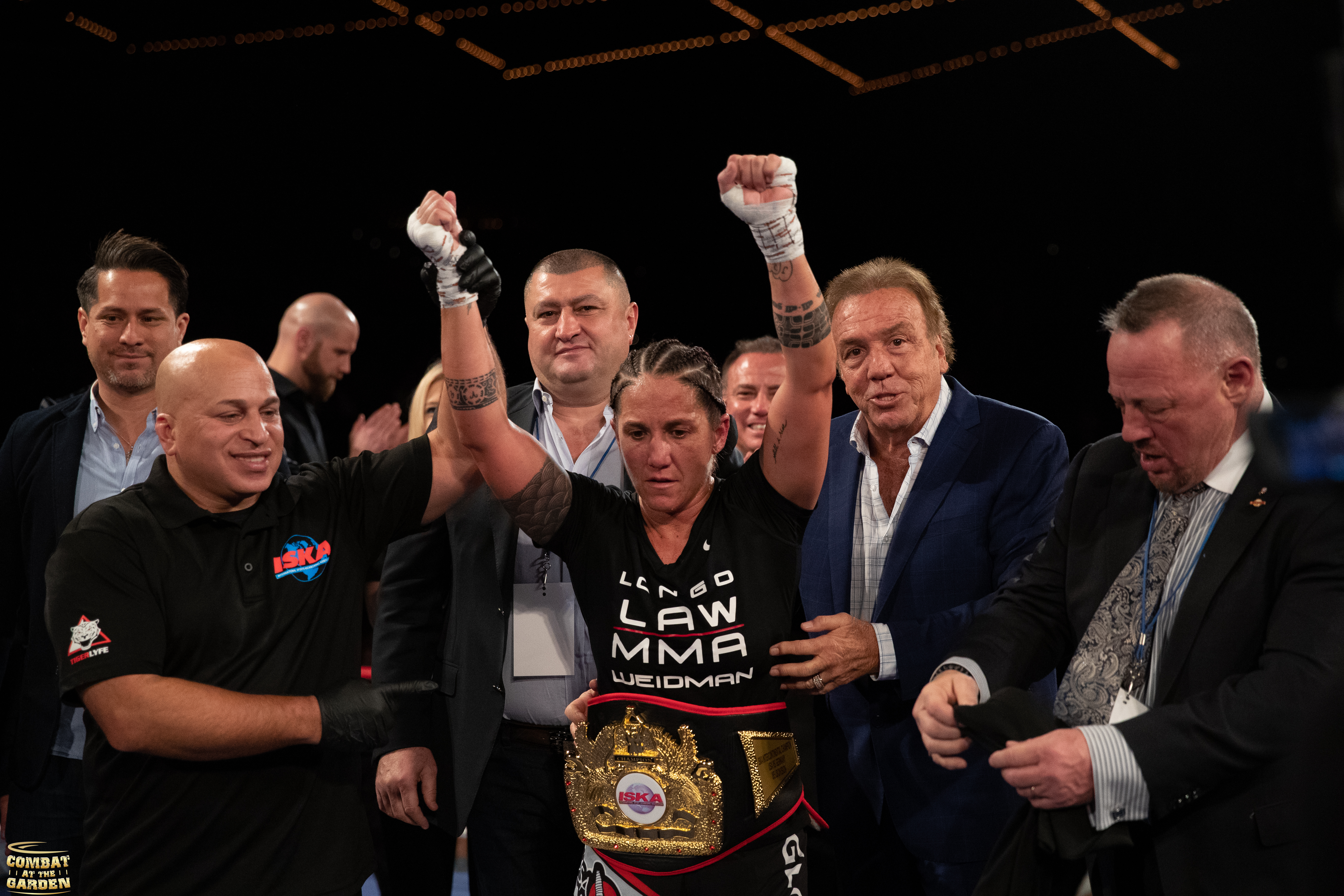 An underdog is an individual who defies all odds and works harder than the rest of the competition. They never give up no matter how large their obstacle seems or how tough their opponent is. No one represents this special breed like Jennie Nedell. Coming into the sport at an older age and as a woman in a man-dominated sport, Nedell faced setbacks from the beginning. She had to work twice as hard as anyone else in order to find success in the tough and demanding sport of kingboxing. Growing up, Nedell was very athletic and when she wanted to get into better shape, she decided to get into kickboxing. She was quickly absorbed by the sport by winning her first fight after having to go from 160lbs to 135lbs in a short amount of time. Even though she didn’t like her performance in the fight, Nedell quickly fell in love. This passion kickstarted a remarkable and memorable career for Nedell.

Jennie Nedell is a special type of fighter. She will never back down from a challenge and will always be the hardest worker in the room. “I’m athletic. I’m not the most talented so everything that I got, I’ve worked so hard to get there” says Nedell. Everything that she has accomplished, she has truly earned because of her immense work ethic. She believes that even if she is not fighting, she should always stay prepared. She states, “Be the one to be ready. I work so hard, I don’t want to fall too far back”. This determination to stay prepared and her tremendous work ethic truly make Nedell a top kickboxer in the division. 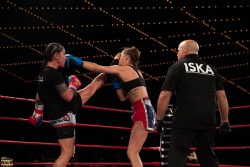 Not only does Nedell have a special will to succeed and a “never give up” mentality, she also has an immense fighting IQ. She recognizes the importance of the mental aspect of fighting. She states, “Fighting is so much more mental than physical. Of course you have to be in physical shape, but if you get in your head for half a second that you can’t do it, you won’t be able to do it”. Nedell credits her strong mental game to all of the obstacles she has faced in her life. To her, the nine minutes of a fight is nothing compared to what she has overcome. Nedell goes into every fight knowing that she is more prepared and more talented than the opponent across from her. She also realizes how fighting makes her not only a better fighter but a better person. She states, “When you are a fighter, you learn so much about yourself outside of the ring, that it helps you grow inside of the ring”. The sport of kickboxing has allowed Nedell to grow as a person in her private and public life. This growth and rare mentality makes Nedell an unstoppable force in the ring.

In her most recent fight, she faced Chantelle Perry at Glory 43 in 2019. She was very pleased with the outcome of the fight because she was seen as the underdog. Nedell likes to prove everyone wrong and did this by winning via decision, while defending her belt. “It’s always a better feeling when you beat someone that deserves to be in there with you…I like proving the haters wrong, I like proving statistics wrong”. Throughout her life, Nedell has constantly proved everyone wrong and showed why she is a champion. She wants to face the best competition and finds her victory so much more rewarding when she defeats a tough opponent. In October, Nedell will be fighting to defend her title once again and she believes that the outcome will be in her favor. She is prepared and is ready to prove people wrong for another time. 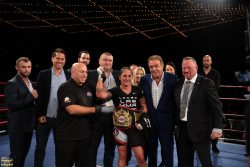 Like all fighters and even non-fighters, Jennie Nedell was impacted tremendously by the coronavirus pandemic. Because of this pandemic, all events were canceled and fighters were unable to practice with each other. These challenges were no match for Nedell however. Using her “never give up” mentality, Nedell was able to adapt and stay in shape. She did not see this pandemic as an excuse to relax but as a reason to train even harder. When asked about practicing during the pandemic, Nedell said, “You can’t work so hard and let it go…I work so hard to get to that spot, I don’t want to fall too far back”. Despite the coronavirus pandemic shutting down everything, Nedell was determined to stay on top of her game and be the best fighter that she can possibly be. In addition to having to find time to train, she had another major fight on her hands. She was on the front lines as an administrative first responder against the coronavirus pandemic. This determination to fight for others against a deadly pandemic while still finding time to train shows how Nedell is one of the hardest working individuals around.

When asked about the future of her career, Nedell wants to stay in kickboxing. She loves the sport and wants to defend her title. Nedell also hopes to pass on her knowledge and the knowledge of her great trainer, Ray Longo, to the next generation. She says, “I’m very lucky to have the people around me like Ray. All the lessons that he teaches me and I can teach to someone else, I can keep his legacy going”. 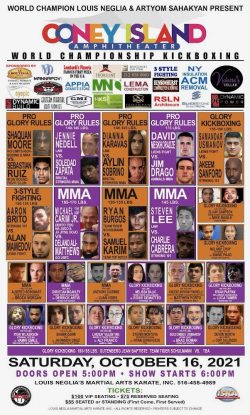