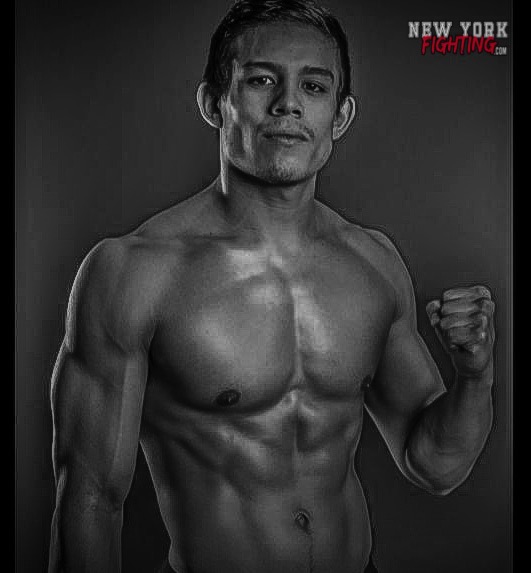 Based out of Tiger Schulmann’s Mixed Martial Arts School in New Jersey, Justin “Moose” Muslija is having one heck of a year, and is our focus for this edition of Fighters of New York.

In February, he defeated Trevor Ragin for the Northeastern Regional Welterweight kickboxing championship. Now, he’s preparing to fight Trevor again, this time for higher stakes – the U.S. National Championship. This epic rematch is going to take on June 10th, at Battle of the Millennium 3 in Brooklyn. “I won’t take this guy lightly. He has his belt to lose so I know it won’t be the same kind of guy I fought in February,” says Muslija. “I have to work even harder because Trevor has everything on the line to lose and will be keeping that in mind as he trains.”

The former football player and wrestler credits his interest in martial arts to his dad, with whom he used to watch Kung Fu movies. A chance introduction to UFC fighter Jimmie “El Terror” Rivera inspired Justin to pick up the phone and call Jimmie’s academy, Tiger Schulmann’s. Now an assistant instructor at the school, Muslija says he fights to represent his team and to inspire his students. 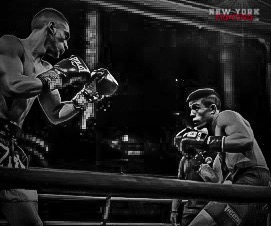 Adding another belt to his collection is not as important as helping his students grow and improve. “I’m a teacher first, a fighter second. My students are the most important thing to me.” Muslija feels it is crucial to teach them about the importance of discipline. As a martial artist, he makes sure that his students know that they can never give up and have to be dedicated in order to achieve their goals. Self-discipline conquers all, and having the ability to stick to their diets and train consistently will take them far in the sport.

Leading by example, Muslija understands that he will only encourage others to be their best. He has so many people that support and look up to him. He does not ever want to let them down. 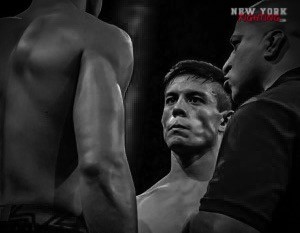 His fight camps are intense. Muslija told New York Fighting that he drills hard and goes the extra mile that many fighters would skip. Training includes kickboxing twice a day, sprints, wrestling, and Jiu-Jitsu. It may seem odd for someone to work on Jiu-Jitsu in preparation for a kickboxing fight, but Muslija claims it helps him during the clinch. He says that having the ability to maneuver his body while controlling his opponent’s is always a benefit.

Muslija reviews his previous fights and looks for the small details he may have missed. With a record of 6-1, he is not missing many, but being the best is his goal. Fight camp for every competitor is always difficult to endure, but Justin Muslija is one of the few who actually looks forward to it. He speaks solemnly and with certainty, “I just want to get better. Every camp is a chance for me to be a better fighter.”

This camp, he has a couple of other teammates who are also on the Brooklyn card. It’s more enjoyable to train with others because they are constantly motivating each other. “We beat each other up, but it’s to make each other better,” he says, with a laugh. 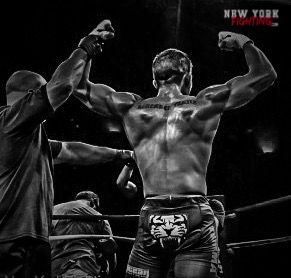 One day, Muslija hopes to go pro and move to the Bantamweight class. However, what is most important for him right now is to be the best amatuer Welterweight kickboxer. He has come far in the sport and believes there is still much more that he can accomplish. His advice to other fighters is the same words he lives by, “to take it slow and train hard.” Justin is doing all that, and much more. 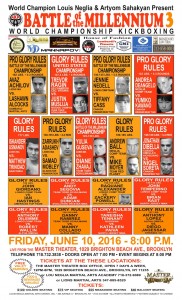