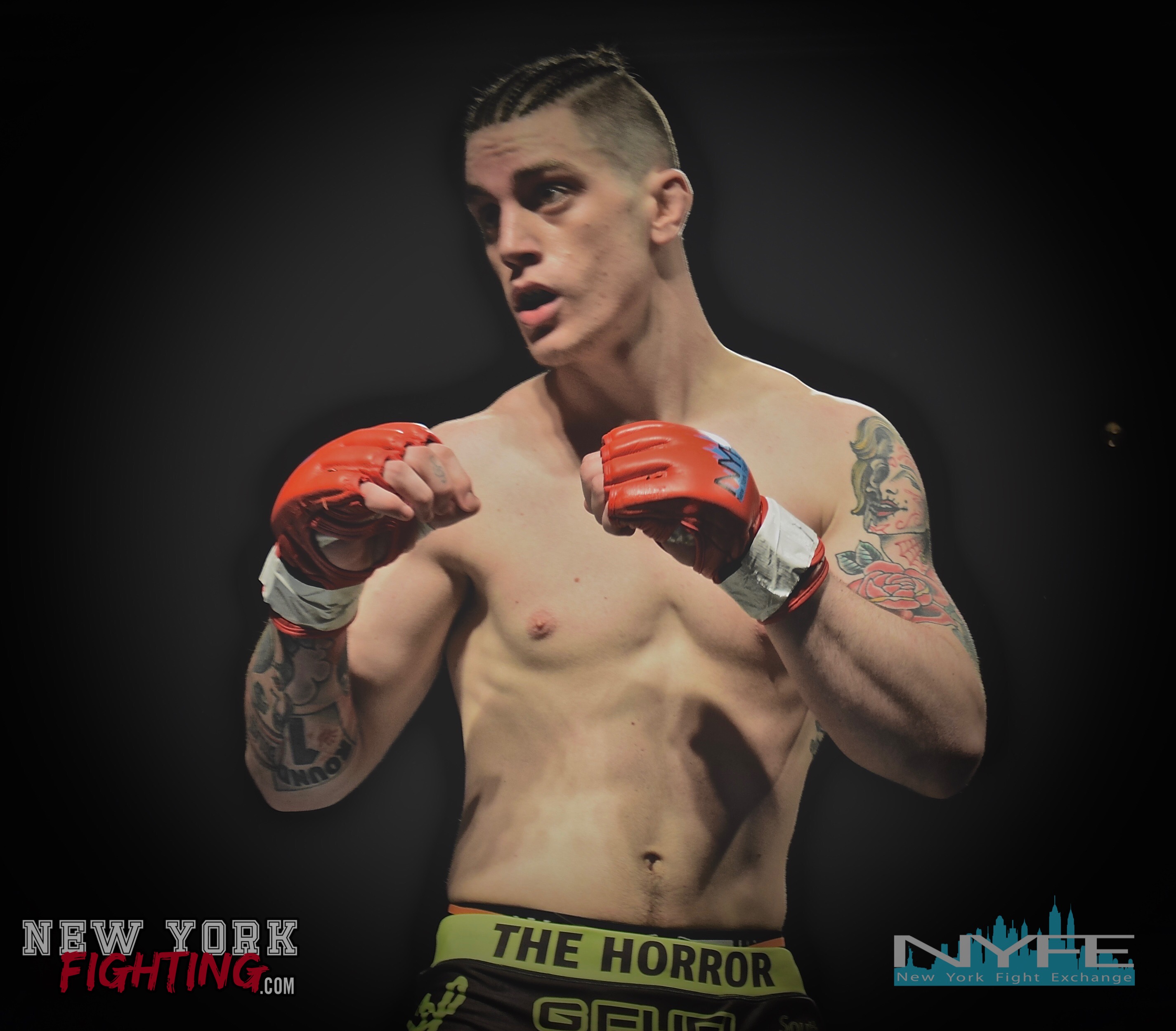 A young local fighter, Matt “The Horror” Bilella collided with Arik Tahveez on the night of April 2nd, 2016 for the promotion New York Fight Exchange . Coming off of his MMA debut on December 9th, 2015 (which he lost by majority decision), Bilella was looking to bring the noise that came along with the hype leading up to NYFE 10. We spoke with Matt Bilella for this edition of Fighters of New York 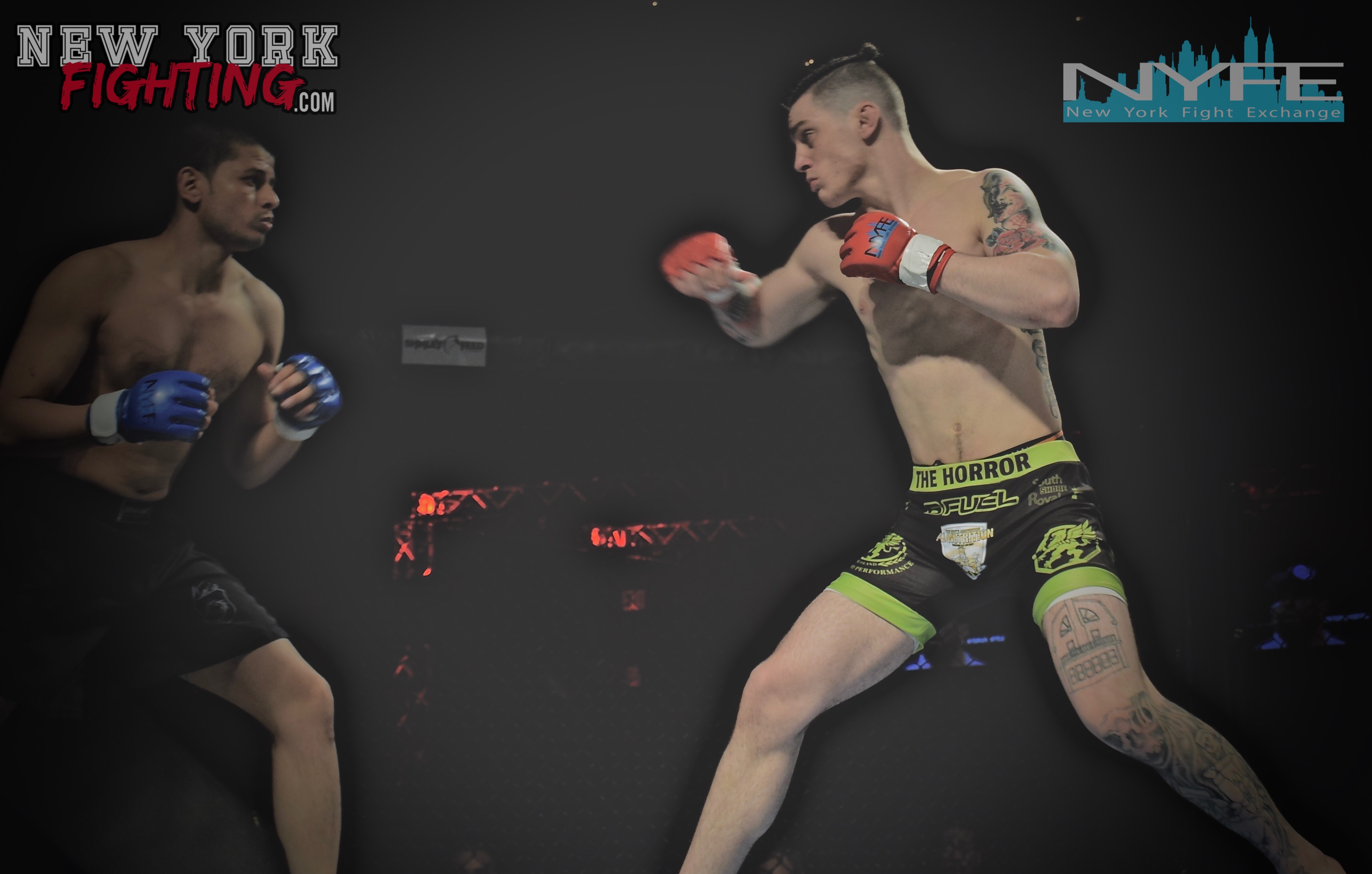 Hype? “What is hype?” Bilella wondered aloud. “Hype is hard work,” he answered. “Real people recognize real hard work.” It all started out with a vision, the win was all a vision. “Right before the fight my coach and I were in the back drilling the exact combination that dropped Richardson in the fight.” That combination led to a first round submission via arm bar. 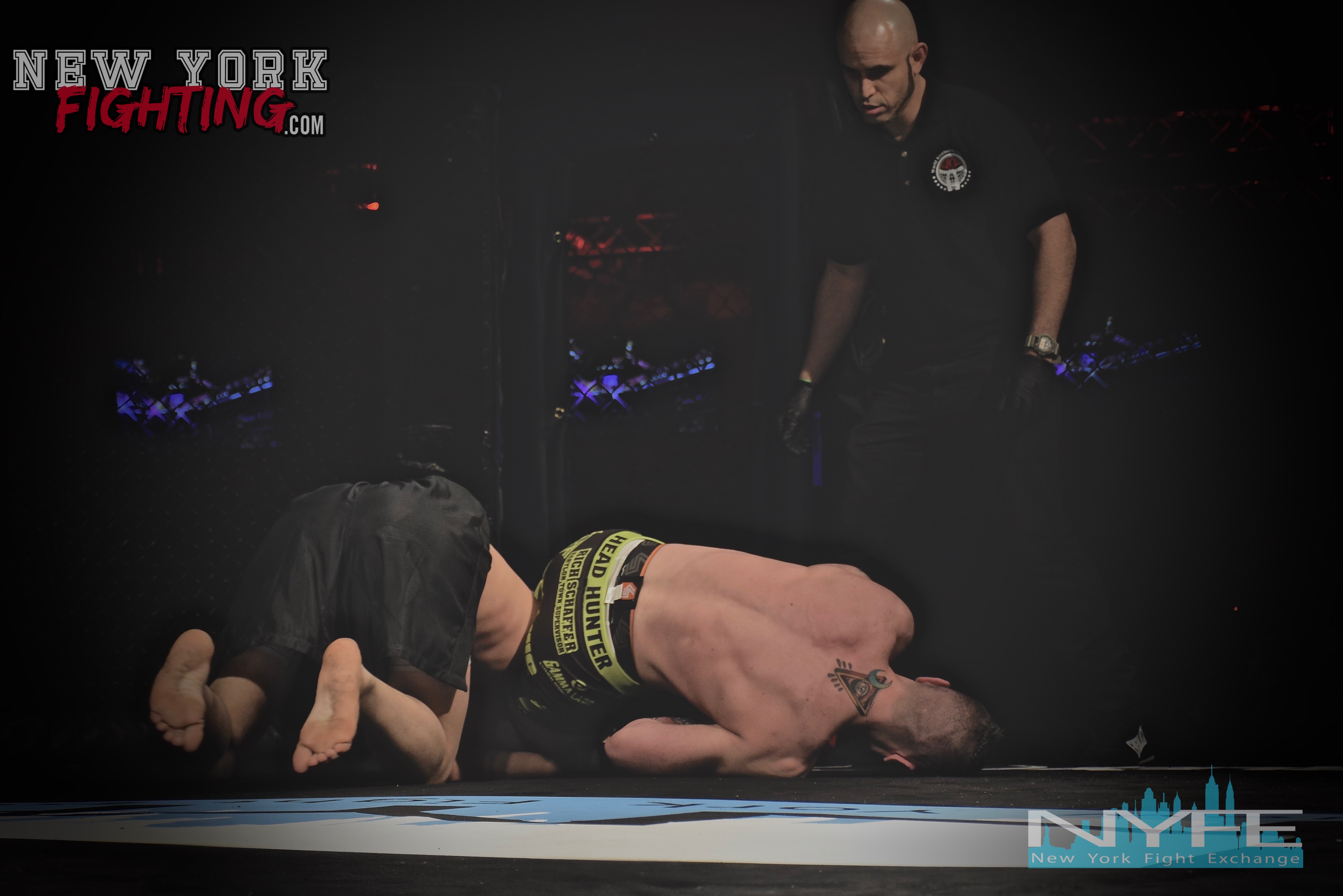 As a child, when Bilella’s mom would leave the house for a few hours, he and his brothers would order MMA pay-per-view events without her knowing. Something that started out as an occasional pay-per-view event eventually lead to a fascination, which ultimately became an obsession. “You need to be obsessed with what you want to become successful.” Growing up in Massapequa Park, Long Island, NY, he found himself getting into trouble. Trouble seemed to follow Bilella wherever he went, both in and out of school. During his sophomore year of high school, Bilella found out he could not enroll in school athletics due to his previous suspensions. Still looking to find an outlet for his anger, and a vision that needed to be fulfilled, Bilella walked into Long Island MMA to do just that. 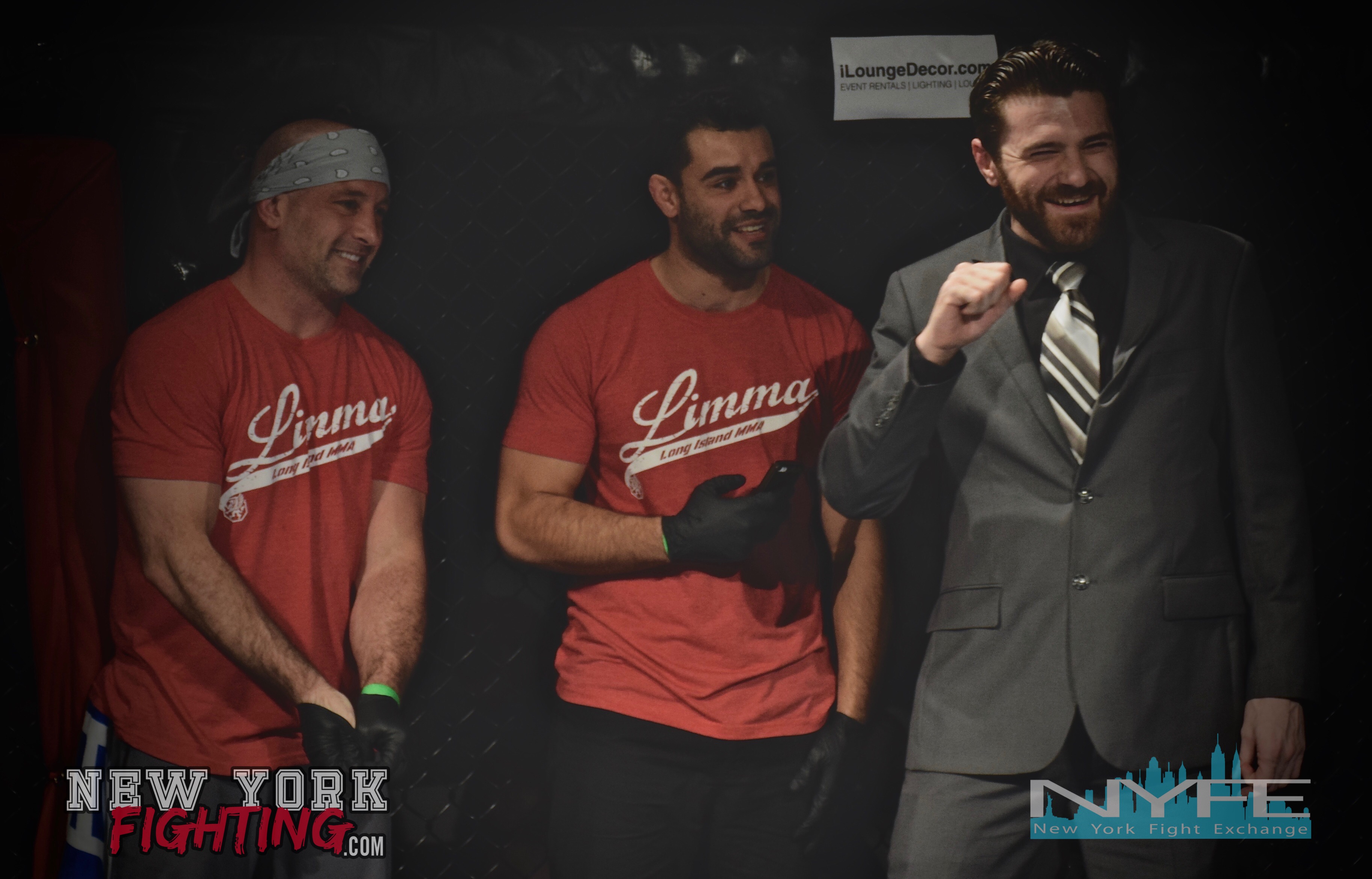 Bilella started training with his mind already made up. He knew what he wanted to do, no questions asked. Bilella joined LIMMA at the end of 2011, at just 15 years old, and that is when he started to make his vision into a reality. Not only was this a place for him to chase his “why,” it has become a place that he can call his home. No matter what someone has going on, if it hinders his ability to make his vision a reality he does not have time for that. Bilella was known for skipping lunch to go train, afterwards running home to go delete the school’s message about his tardiness. You could not get Bilella out of the gym, training twice a day, six days a week. 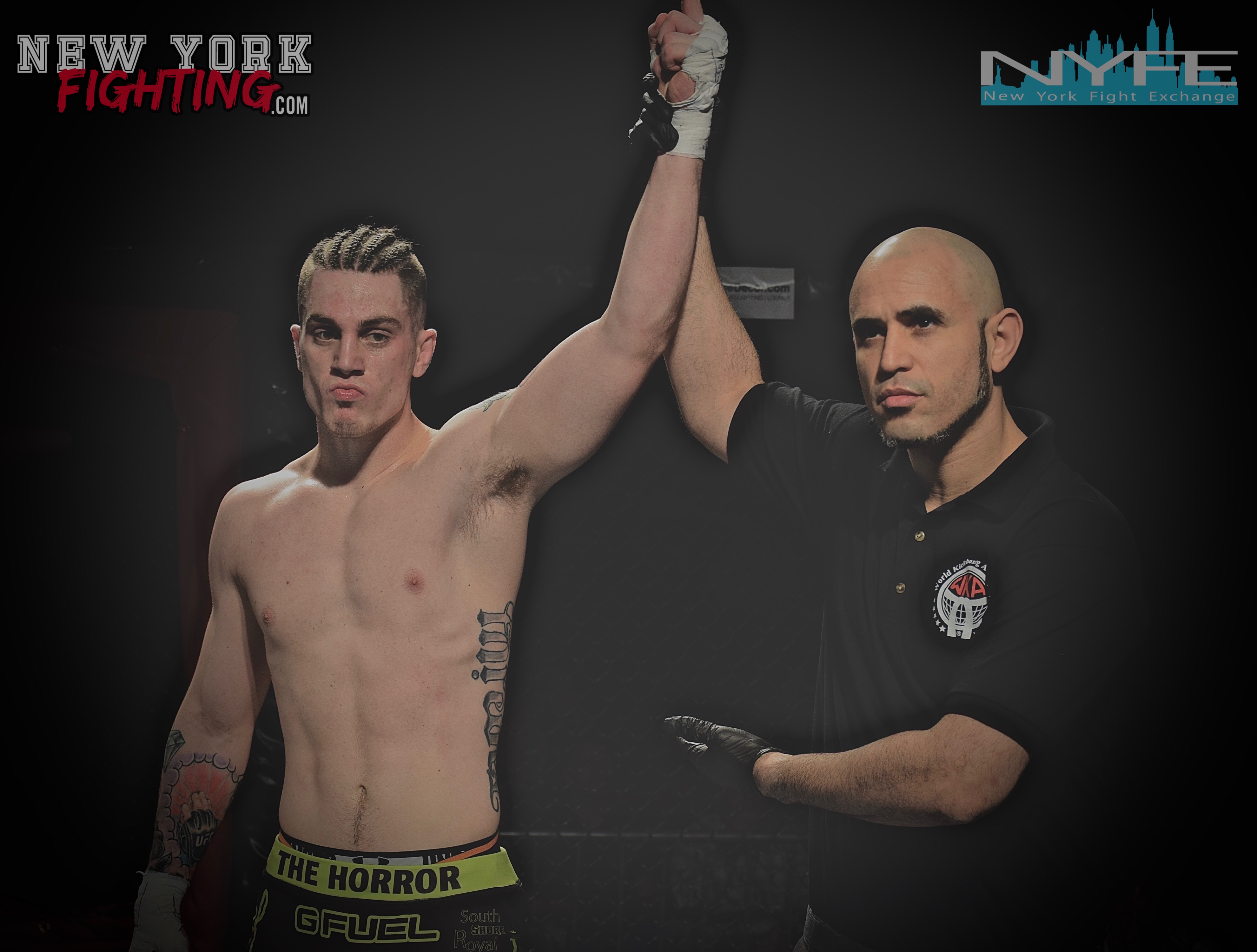 Monsters do not sleep under your bed – they sleep inside your head. As the winds die down, and everyone is heading home to rest up, Bilella’s mind is rarely at rest. You can find him at home studying film, footwork, combinations, reaching out to others on his team for advice, and so on. Whatever the case may be, this young man is making his vision a reality with a signgle-minded focus. Just 20 years old, Bilella is riding a huge wave of confidence, as he prepares to head into his second MMA fight on June 25th 2016 for NYFE 11. Be sure to keep your eye on this talented young fighter and his journey in fighting. 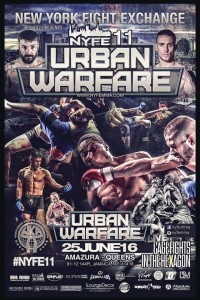