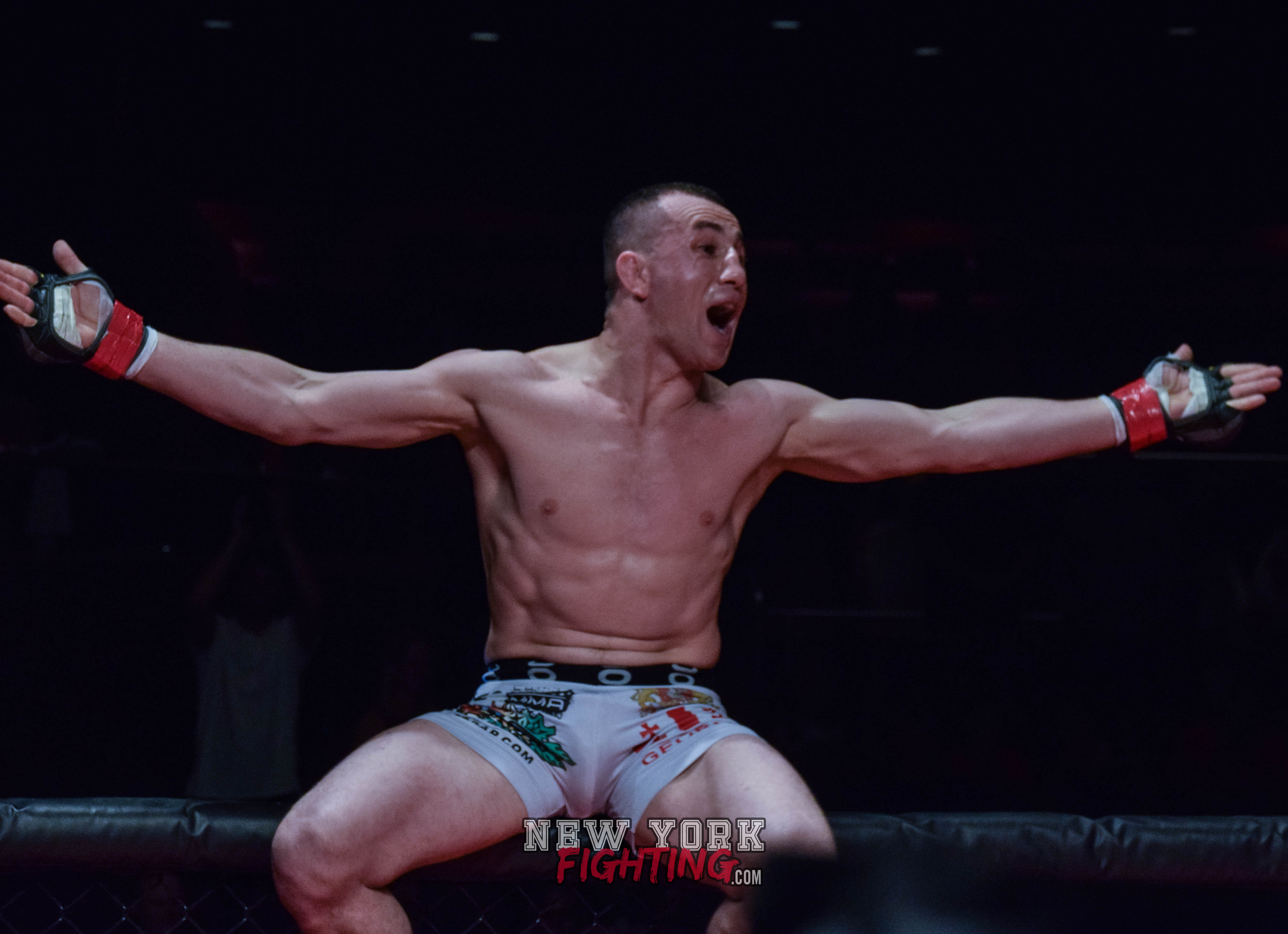 The only thing Merab Dvalishivili had to focus on as he stepped into Lou Neglia’s Ring of Combat cage at the beginning of June was winning his fight. Nevermind that Dana White, UFC President and host of Looking for a Fight, was in the audience watching. Nevermind that his opponent Raufeon Stots was undefeated at 8-0,  three inches taller than him, and had a reach advantage of 10 centimeters. And nevermind that he had only moved to the U.S. from Georgia a few years prior and had to get through this fight without his loved ones present. 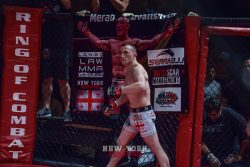 Dvalishivili made quick work of Stots, taking him out within the first fifteen seconds of Round One. As the Bantamweight Championship belt was wrapped around his waist, he looked over at White’s direction. Dana was clapping soundly and gave him a wink, but for Merab, it wasn’t about that–it was about winning no matter what promotion he fought for.

“It was very cool to have Dana in the audience,” says Dvalishivili, “But I could not let that change my focus. I came to win, so when I go into the fight, I am thinking of winning, not him watching.” 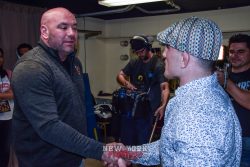 Dvalishivili’s determined attitude is what brought him from the Black Sea-surrounded Georgia, but he carries his country’s flag at the beginning and end of every bout. Traditionally in his country, the most popular sport in wrestling. Merab grew up with wrestling, judo, and sambo as a huge part of his childhood, and it was natural that he wanted to begin fighting as soon as he could.

Steadfastly, he says, “I want the people of Georgia to see there is a fighter that represents them. I want to show that my people are good, tough people. And for them to see that anything is possible. If they want to fight, I will lead the way.” 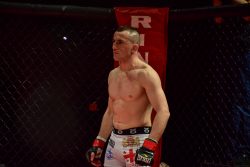 His passion for fighting led him to come to the United States alone at 21 years old, seeking the opportunity that could only be found in New York. Dvalishivili turned pro under the tutelage of Ray Longo, and five years later found his dreams slowly coming true.

“I grew up watching Fedor Emelianenko but now my favorite fighters are my own teammates at Longo and Weidman–Chris Weidman, Al Iaquinta, and Aljamain Sterling,” Merab says assertively. “Because of them, my coaches, and my management team, I have been signed to the UFC–whether to be on Dana’s show or to fight, we are still working it out. This chance couldn’t have came without them.” 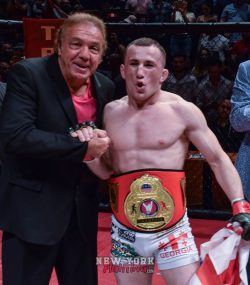 It can be difficult for the young fighter to be in the country alone without his family, but he says their support pushes him forward.

“I love fighting, I love the sport,” he says. “When I first came to the U.S., I fought everything from Muay Thai to the Golden Gloves. It’s hard, but my family gives me a lot of hope, they tell me to focus on myself and to not worry about them back home.”

Merab takes a deep breath and says, “I have a reason why I’m here. I know I can do it and I know this is my path and my passion. It doesn’t matter who is in front of me. I’m on my way and I want the world to know about me.” 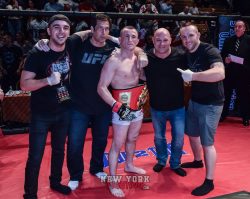