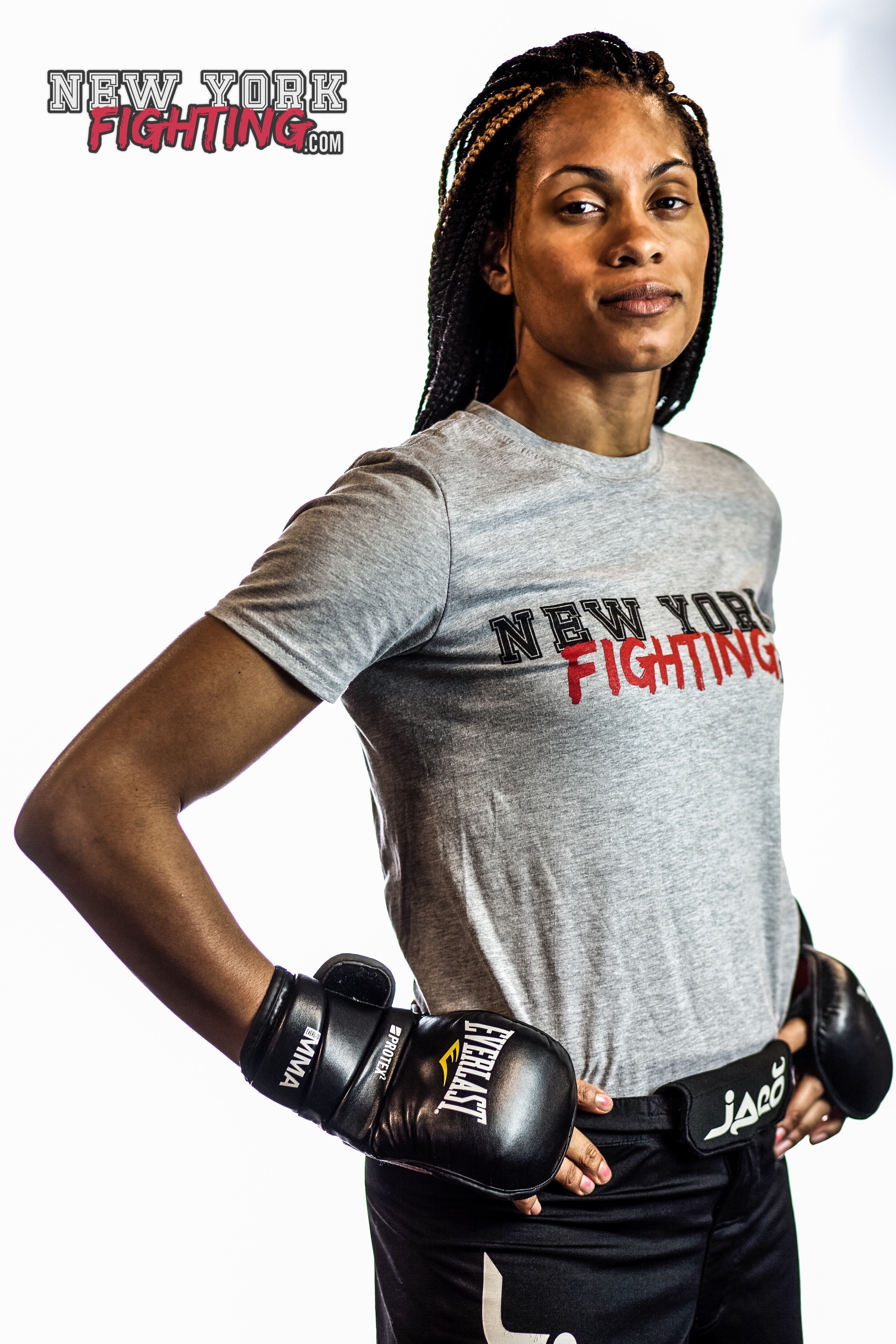 A few days before Battle of the Millenium III, our subject for this edition of Fighter of New York, Taneisha Tennant, is focusing solely on her upcoming Muay Thai fight. The amateur fighter out of Budokan Martial Arts Academy/Renzo Gracie Lynbrook is confident. “Training camp has been extensive, and I am ready.”

Tennant, like her training style, isn’t one to waste words. “I have been focusing on the basics. I am keeping my style sharp, working hard on my cardio, and ensuring I don’t gas out. But I’m ready to go.” The talented fighter has a wide array of skills to pull from–she trains Muay Thai, Brazilian JiuJitsu, boxing, kung-fu, and stick-fighting. All her training is located at Budokan and she takes advantage every seminar that comes her way. 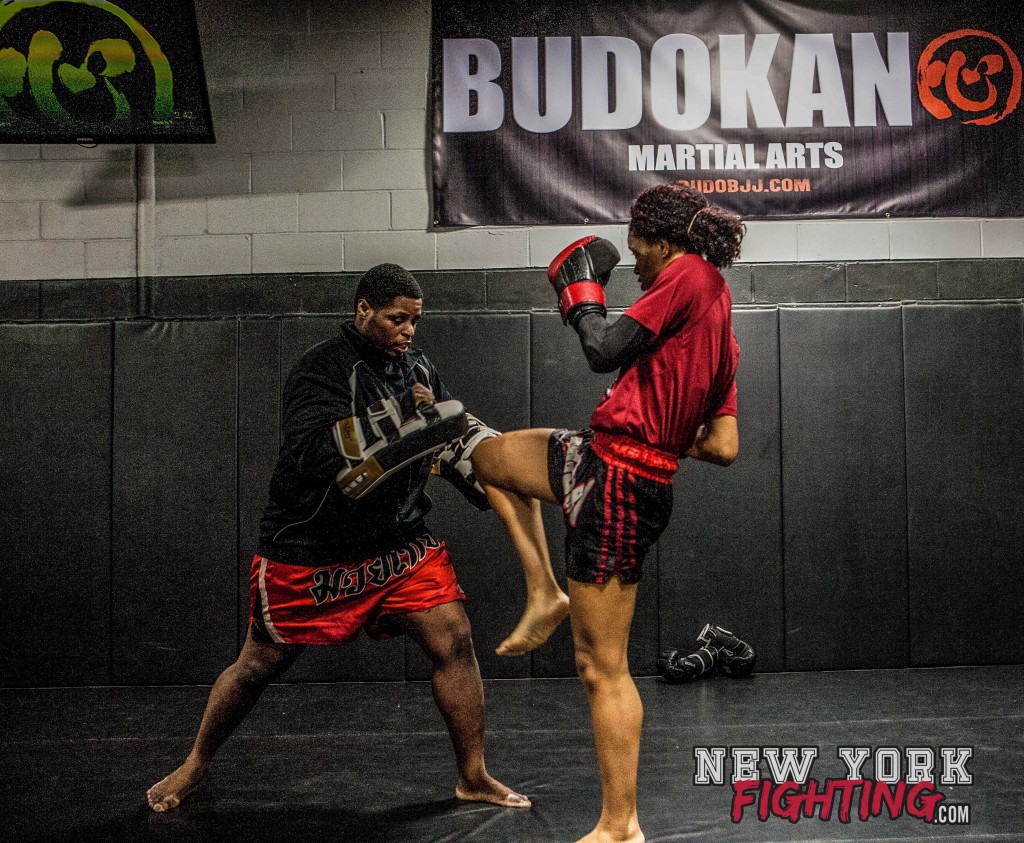 A dedicated student, she has been training for close to three years. As a track & field athlete prior to her martial arts career, Tennant’s cardio prepared her for the intense Muay Thai workouts, and she came into martial arts naturally. Beyond watching her father box, she enjoyed anime such as Dragon Ball Z, which helped to inspire her to start training. She was looking for a change in her life and found that in fighting. It gave her a sense of control and the ability to make things happen for herself.

As a competitor, Taneisha Tennant is starting her career in what seems to be a golden era for female fighters. Remarkable names such as Holly Holm, Miesha Tate, Joanna Jedrzejczyk, Ronda Rousey, and Cristiane Justino routinely make headlines. Tennant is in good company, as she and other fellow New York-based fighters such as Angela “Overkill” Hill and Jennie Nedell continue to help build women’s image in combat sports. Tennant trains day in and day out and thinks of nothing other than the upcoming fight. It does not matter who her opponent is or what they have accomplished — this talented young fighter only concentrates on what she knows she is capable of doing, and the execution of making it happen. 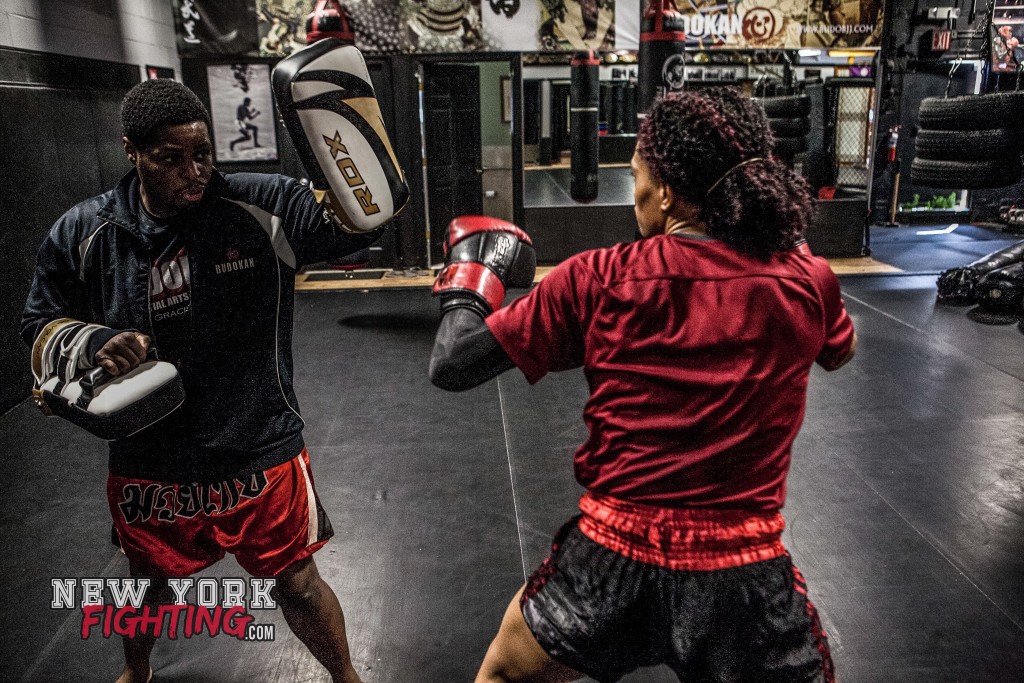 Tennant’s advice for other female fighters is that “you have to be just as tough as the guys. There’s no crying, whining, or complaining. You’re out there and you have to work hard.” She believes that despite training with men, a fighter can still keep her femininity. “You can still feel like a woman. Just because you’re training and working hard, doesn’t take away from yourself or your identity. It only is a part of it.” She trains diligently to keep her physical and mental game up at all times. “You always have to be a step up from the rest of them. You have to do what they don’t want to do, to get what you want.” 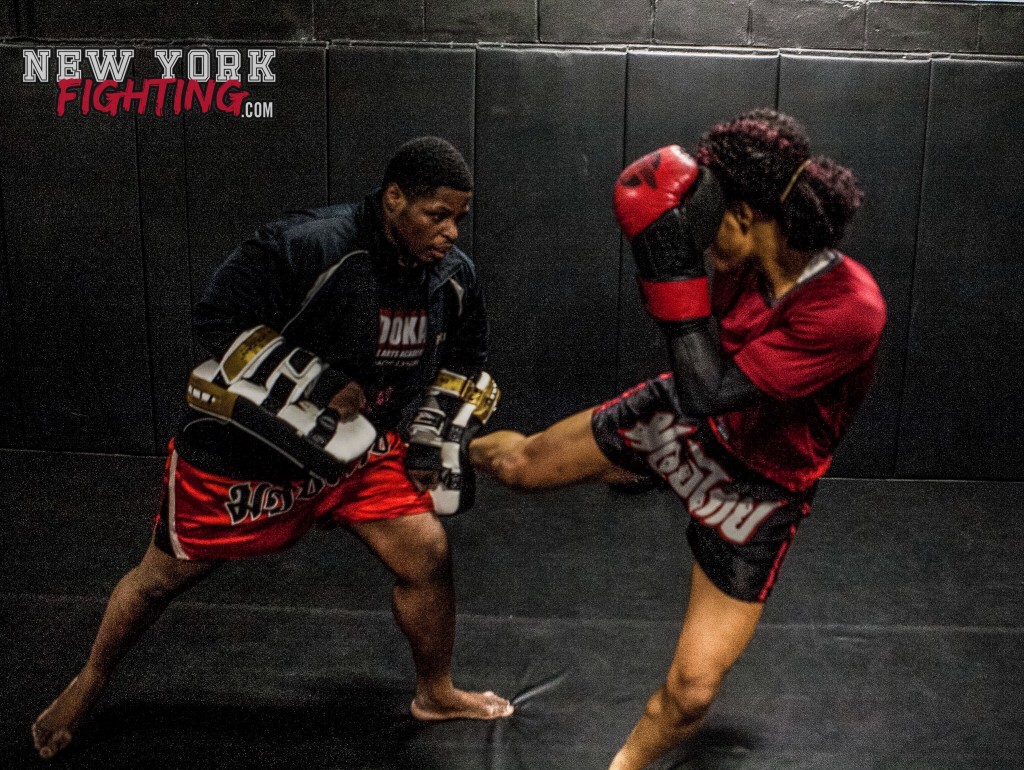 Taneisha Tennant’s last fight in February ended with a win in her favor, and she is putting everything into this camp so that her next fight will end the same. Her sole goal is total domination and she is on her way to accomplishing it.

Taneisha fights Live this Friday at the Masters Theater in Brooklyn, NY, at Battle of the Millennium III 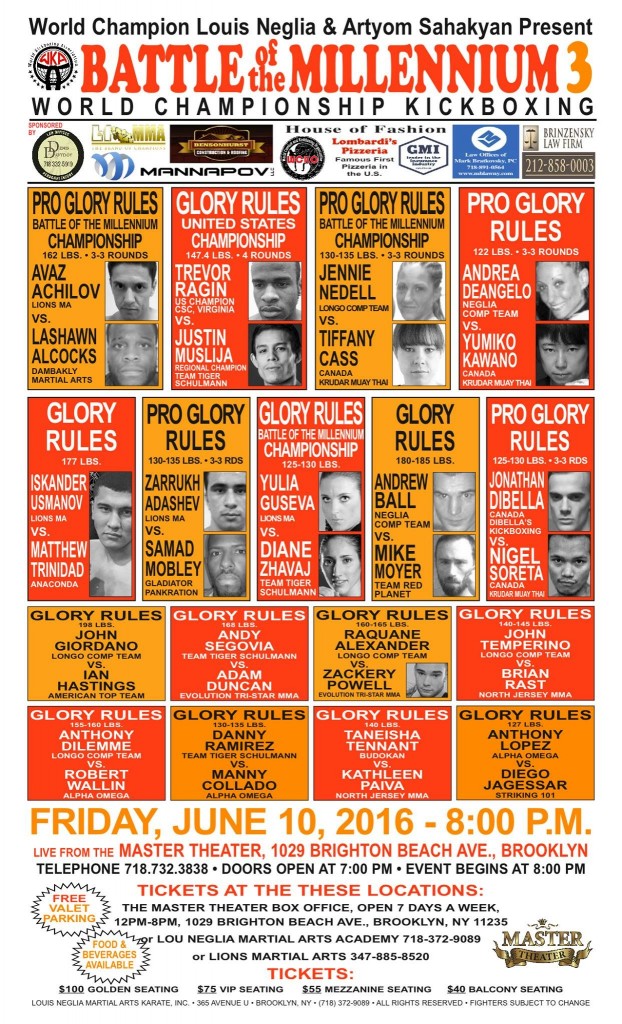