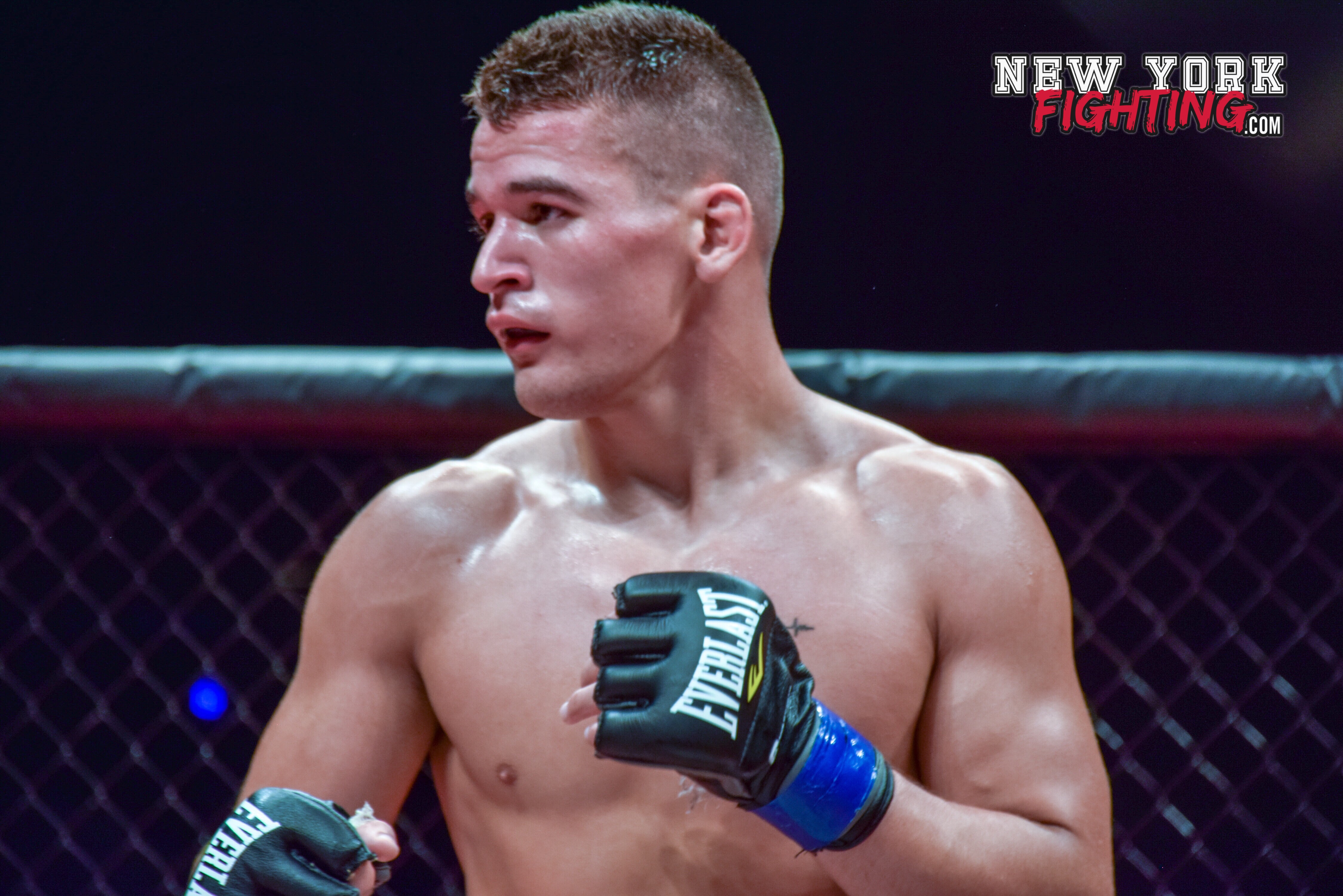 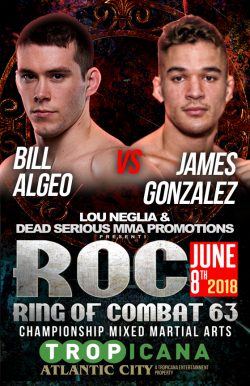 Almost a decade ago James saw his first Mixed Martial Arts competition. Like many future fighters, he was hooked.  Gonzalez began training Brazilian Jiu Jitsu under then future Ultimate Fighting Championship Hall of Famer, Matt Serra. It was not uncommon for him to be seen bicycling to the academy, or training odd hours due to family obligations. Soon James showed a great aptitude for the art, and rapidly excelled. He competed often, under many promotions, such as the North American Grappling Association and the Eddie Bravo Invitational. But just grappling was never enough.

Fast forward a few years, and James looking to work on his striking, had come to train at Longo and Weidman Mixed Martial Arts. Taking to the work with the same drive as his BJJ training, James quietly improved his stand up skills. He soon compiled a few Amateur MMA wins,  until the day he got the short notice call from Lou Neglia and the Ring of Combat for his professional debut. James lost by decision, a gritty three round affair, against the still undefeated Michael Trizano. But he gained a world of experience, and the respect of the fans. Not deterred, Gonzalez would return to the Octagon five more times in less than two years, compiling a respectable 4-2 record.

Now a more experienced, polished James heads back to the ROC cage, this time to headline the event.  But it doesn’t matter his placement on the card. He is there to fight, to grind, to entertain the crowd and to bring his best. Win or lose or draw, James “Speedy” Gonzalez has shown he is a fighter, and he belongs in the cage.

“After watching my first WEC [World Extreme Cagefighting] event on VS network [now NBC Sports Network] I really got interested in MMA and eventually on my 20th birthday I decided this is what I wanted to do with my life.” 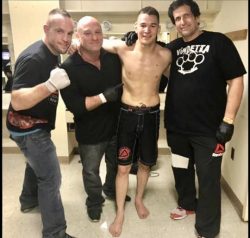 “I don’t necessarily have a dream opponent yet. I’m just thinking about reaching my goals and staying on the path to make me successful.”

What is your favorite technique/position/series?

“I don’t particularly have a favorite technique or position cause I feel I can attack from any position but if I had an technique that is most unique it would be the no Gi baseball choke I do people love it.”

If you could change one thing about the rules of Mixed Martial Arts, what would it be?

“If I could change one thing it would to allow knees to the head on the ground and soccer kicks.  I think even though it could be a disadvantage to the grappler it would make the fight game a little more realistic.”

People would be surprised to know..

“People would be surprised to know I’ve only been a pro MMA fighter for less then 2 years and have already had 7 fights and 2 of which have and are going to be for an established promotions title for ring of combat.”

How has Mixed Martial Arts and becoming a professional fighter affected your life?

“MMA has given my life a sense of purpose that I couldn’t find with anything else. It’s the only thing I love to do and have never wanted to give up on. From my start as amateur to my journey as a Pro this is what I live for. It has taught me patience, perseverance, work ethic, and the will to never give up. I don’t think I’d be no where near the man I am today without it.”

Come see James face off against Bill Algeo, at the Ring of Combat 63, June 8 at the Tropicana Atlantic City. Go to http://ringofcombat.com/ for more information. 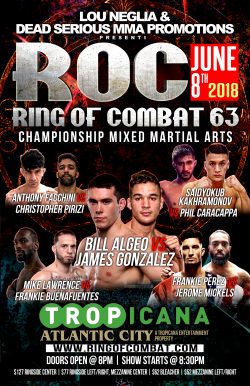