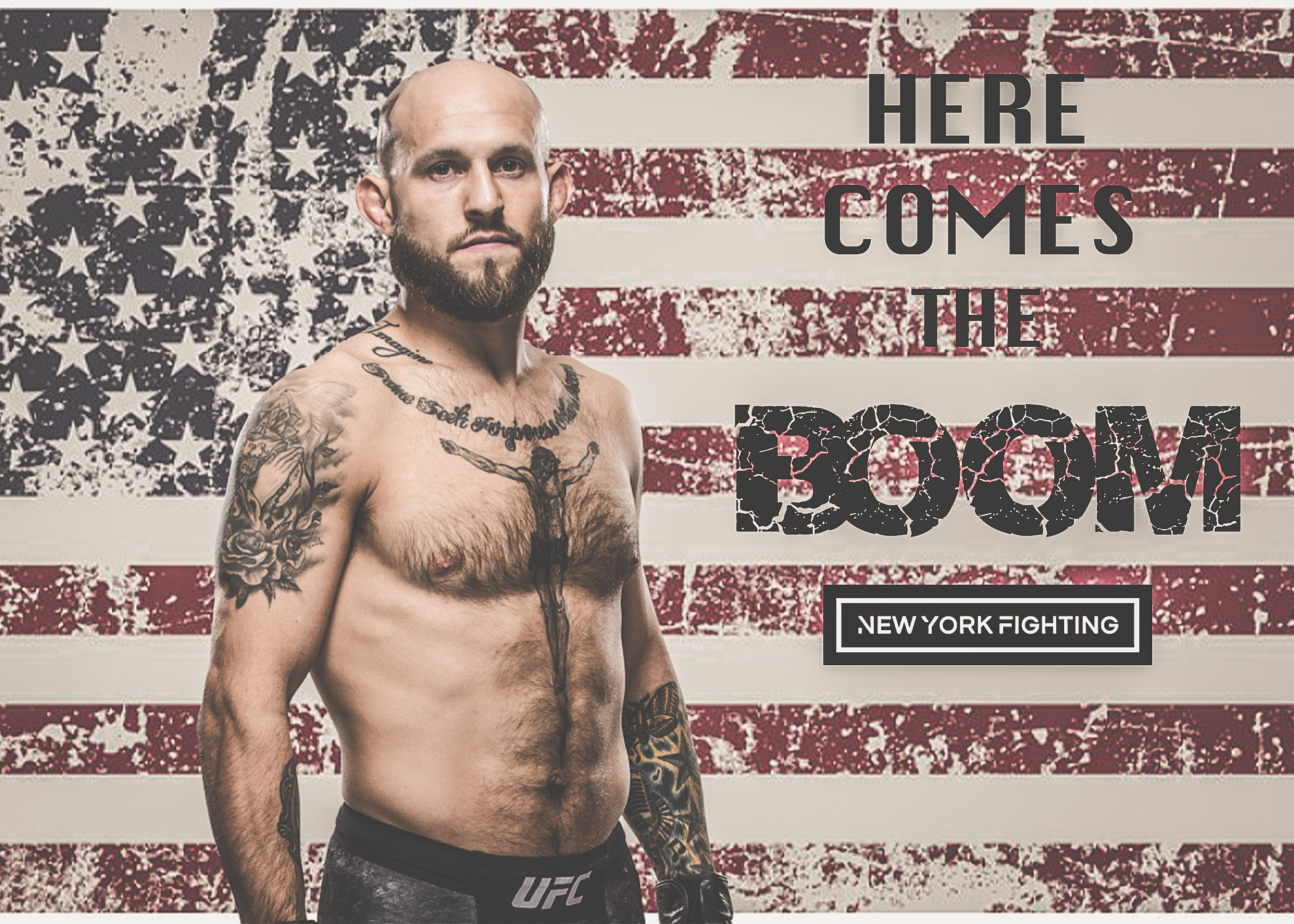 Here comes the “BOOM.” A Long Islander born and raised, Brian “Boom” Kelleher has lived the fight life for over a decade.  From mopping floors in an Ithaca gym, to winning two fights amidst a global pandemic in 2020, to making his UFC debut on two weeks notice in Brazil in 2017, or even knocking out a rising prospect on the regional circuit with UFC President Dana White looking on, there is not much that Kelleher hasn’t seen in his days as a fighter.

Kelleher’s story is intriguing, motivating, and the kind that a fan simply wants to keep watching to see what comes next.

“I am the Donald “Cowboy” Cerrone of the bantamweight division,” Kelleher said. “I am as active as anyone. I have fought three times in 2020 and I am looking to fight two more times this year, preferably in August and December,” he added.

Kelleher faced Ode Osbourne at UFC 246 on January 18, which was the last fight of his previous contract.  He won the fight by submission in the first round and his win earned him a $50,000 Performance of the Night award, something that he has become accustomed to.

After negotiating a new contract, Kelleher faced highly regarded prospect Hunter Azure in a featherweight contest on May 13, at UFC Fight Night: Smith vs. Teixeira in Jacksonville, Florida, where he won the fight via knockout in round two.

Fighting twice in less than a month – both at featherweight – is no easy task. In the middle of a pandemic, where finding training partners is a challenge and most gyms are closed, Kelleher then faced Cody Stamann on June 6, at UFC 250 and lost the bout via unanimous decision.

“It wasn’t easy. I always keep myself in shape, but with Covid-19, everything is different. I had to improvise. Whether it’s punching bags in my backyard, sparring with different partners, making up circuits in my house, I had to get creative. I’m 33, turning 34, and I want to fight as much as I can,” said Kelleher. 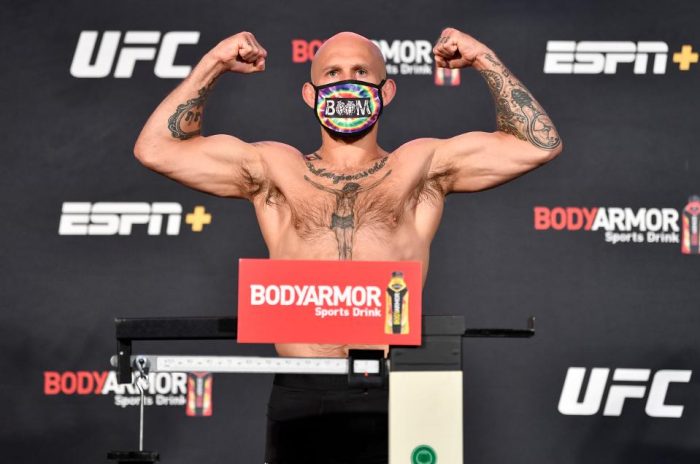 That’s exactly what he did. Taking on a top-10 ranked fighter in Stamann in less than a month was no short order, especially considering that Stamann lost his brother just a week prior to the fight.

“All the respect to Cody… he easily could have pulled out of the fight and he didn’t. He fought really well and so did I. I thought he was going to come out guns a blazing, but he was technical and sharp.

“I thought he was going to try to rip my head off for his brother,” Kelleher continued. “It’s kill or be killed once you step foot in the Octagon and he performed really well. I felt really good in there, but Stamann was just better that night. I really learned a lot that night.” 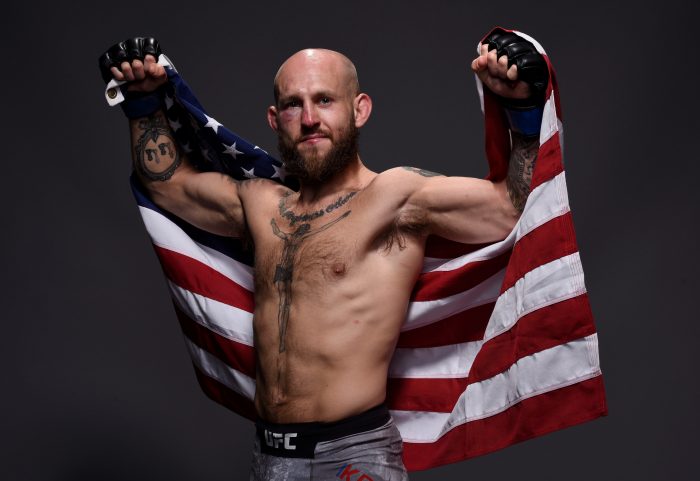 While that was his last fight, Kelleher, who fights out of Long Island MMA in Farmingdale and Maxum BJJ in Islip Terrace, started his fighting days early on with one goal in mind: to be signed to the UFC.

“Growing up in Selden my entire life, there was a point I needed to sharpen my skills, so I moved to Ithaca in 2010 and lived that ‘fight life.’ I was mopping floors, training every day, and learning as much as I could. I needed to turn pro and fight the best of the best and that’s exactly what I did. Moving upstate changed everything. It humbled me and made me the fighter I am today,” Kelleher said.

In 2011 Kelleher made his professional debut and seemed to fight in every regional circuit he could find. Xtreme Fight Events, CCFC, Bellator, Ring of Combat, and Coalition of Combat, were just a few of the promotions.

It wasn’t until November 26, 2014 that “Boom” really started to put his name on the map as he rattled off seven straight wins, including winning the bantamweight title in the Ring of Combat and then defending it. 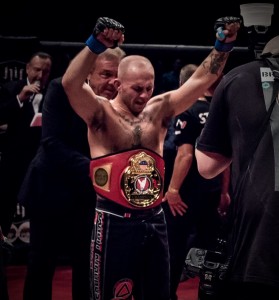 “It was wild, man. I beat Julio Arce to win the title and then fought Josh Robinson two months later with Dana White in the crowd, while he was filming his show. I knocked him out in 24 seconds and thought for sure I was going to get signed. It was a spinning back fist and thought ‘I’m in.’ However, I wasn’t, and fought Arce (now in the UFC) again and beat him via guillotine choke. However, there was no call from the UFC and I had to stay really patient,” Kelleher explained.

“It wasn’t soon after that I was swimming at LA Fitness doing laps when my brother unexpectedly showed up and had a big smile on his face and said call your manager, and that’s all he said. I jumped right out of the pool, called my manager and they told me that the UFC wants me to fly to Brazil in two weeks. My dream came true. I jumped right back into the pool to do 30 more laps, I was so pumped. Then I got ready for my UFC debut. I will never forget that moment,” he said.

It was June 3, 2017, in Rio de Janeiro, Brazil, where Kelleher made his debut against Iuri Alcantara and submitted him at 1:49 in the first round in front of a a hostile crowd. The win won him Performance of The Night honors in an unbelievable debut.

“I remember thinking, where was my father?… He was all alone in the crowd in a hostile environment and they were throwing beer cans. I had just won my debut and I was wondering if my dad was okay,” Kelleher said.

He was, and the rest is history. Kelleher has gone on to win four more UFC fights and has become one of the more fun fighters to watch, racking up bonuses throughout his four years in the organization.

It takes a lot to fight as often as Kelleher does, so what does “Boom” do for fun when he isn’t training?

“I’m really a homebody. I love Long Island, I love writing, I love singing and I obviously love training. Right now I want to keep as active as humanly possible because I’m looking to buy a new house, but when I’m not training I’m usually writing or singing to take my mind off of things,” Kelleher said. 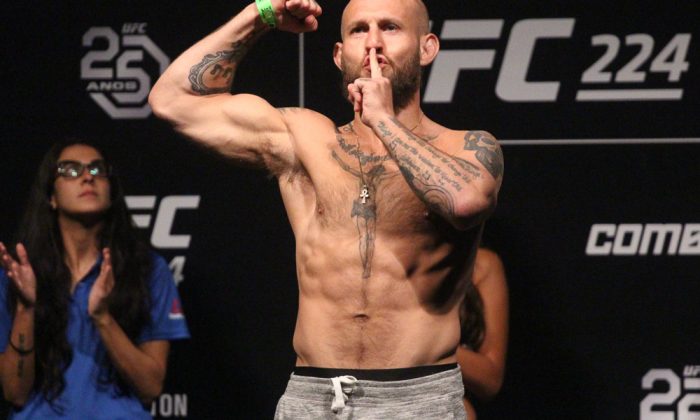 Kelleher comes off as a very smart and articulate fighter. He says his number one goal is obviously to win the belt. He loves rapping, and listening to podcasts and even went on to say that if he had to choose three dinner guests at this moment, it would be Joey Diaz, Mike Perry and Joe Rogan. “Imagine the stories during that dinner?” Kelleher adds.

“I feel like I’m in the prime of my career and who knows maybe I can fight another 10 years but right now it’s the time for me to keep climbing that ladder,” he said.  After all, there’s a reason his nickname is “Boom” – Kelleher always brings it.