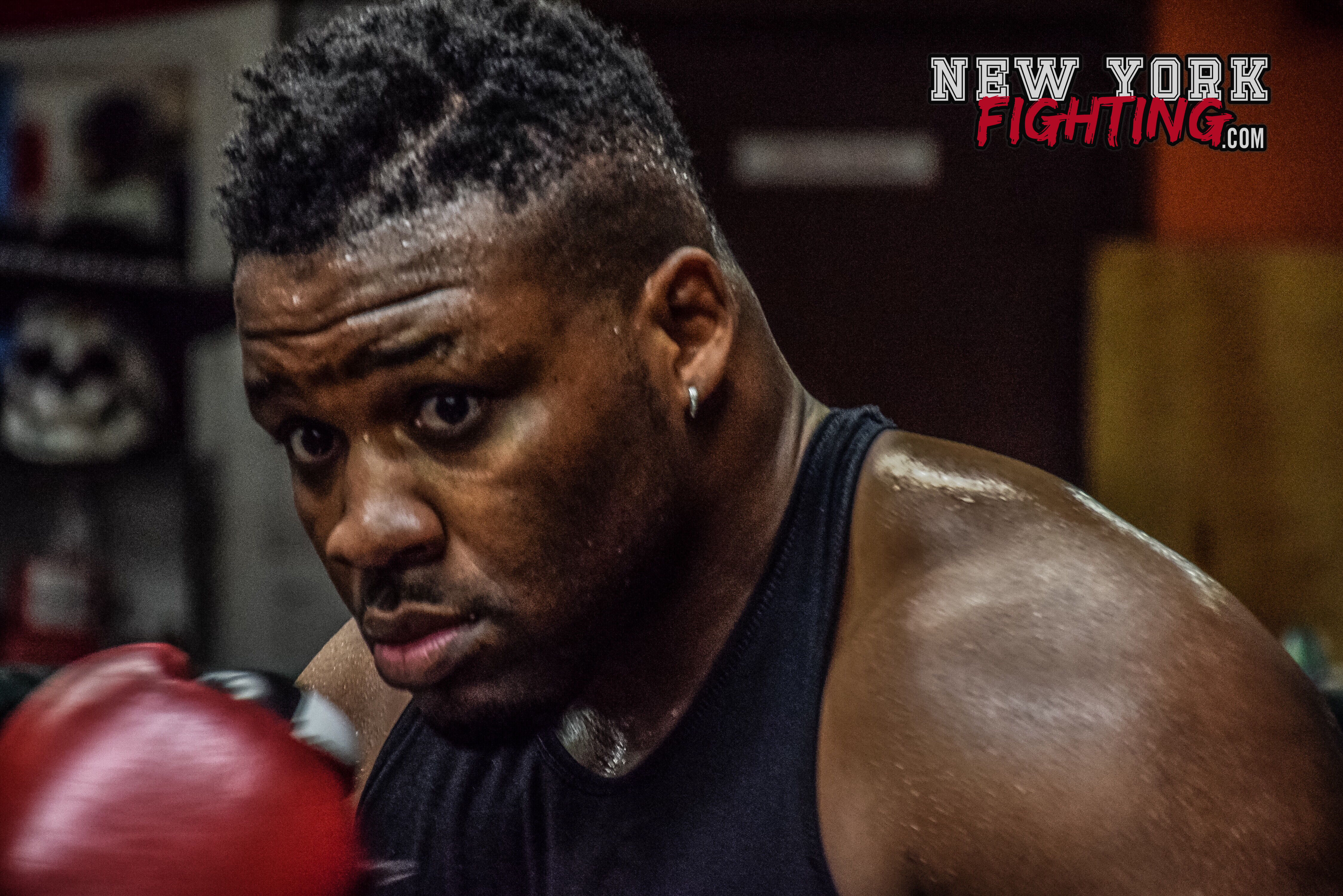 On Friday August 19th 2016, ShoBox: The New Generation will televise a heavyweight main event clash between Jarrell “BIG Baby” Miller and Fred “Big Fred” Kassi, from the Rhinos Stadium in Rochester New York. “BIG Baby” holds a record of 17-0-1 while “Big Fred” holds an 18-5-1 record. Kassi has been in the game a while and has tons of experience against top opponents. At 36 years old his experience may be too much for Miller, however, this may also turn out to be an instance where father time will intervene and Kassi will get old overnight. On second thought this may be another coming out party for Miller, as he has crashed through and stopped his last six opponents. 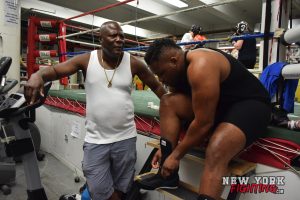 In a recent interview Miller has suggested that he has gone back to the “lab” and has worked on a few things. He used the recent fight between Dominic Breazeale and Anthony Joshua as an example. Here, Breazaela, a big man with big power, was unable to apply that power against a more skillful Joshua. Miller knows that he is also known for his power but says he will not allow the same fate to befall him. He wants to demonstrate that his boxing technique and skill are a greater asset than his power. If this is true he will be a great danger to the current heavyweight champion.

Miller recently called out all the top heavyweights to fight him. No one has really answered. Are they afraid? When Alexander Povetkin pulled out of a heavy weight clash with Deontay Wilder, Wilder and his camp chose an aging and beatable Chris Arreola, a fighter who himself admitted he was not worthy of the opportunity. Wilder avoided Miller and chose an easy target because Arreola has had limited success at the top level and also because Arreola had limited time to prepare. 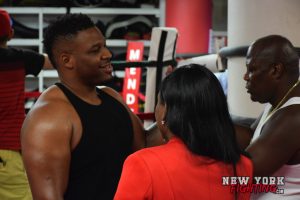 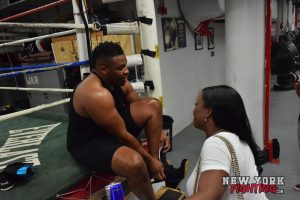 BIG Baby discussing some business with his head of PR, Alvina Alston of More Media LLC

In the other corner of Friday nights fight is “Big Fred” Kassi. Kassi feels that he was robbed against his last opponents and plans to end this drought. He intends to show this by taking down the young and – according to Kassi – inexperienced Miller. Kassi is experienced, agile, slick, and resilient. He showed that he was able to stand in there with Dominic Breazeale, a power puncher who outweighed him and was taller by seven inches and had a greater than seven-inch reach advantage. 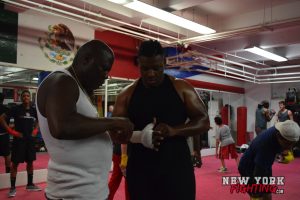 Kassi, in his fight with Arreola, switched left to right lead often. This allowed him to land sneaky left hooks and overhand rights. He is a very agile fighter who is able to rotate in different directions depending on which hand he is leading with. He can bob and weave as well, making him an elusive target. He steps in on his punches to generate power. These awkward movements enhance his punching angle and make it hard to hit him cleanly. An opponent who head-hunts or chases him can easily smother their own punches. 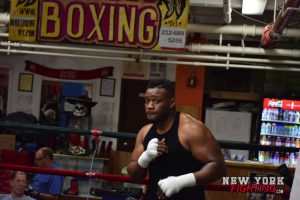 On the negative side Kassi has only a “reaction creating initiation” jab. His power is inconsistent. The result of his constantly switching stances is that he often ends up flat footed or squared up. Arreola was able to find success with overhand rights and a body attack. 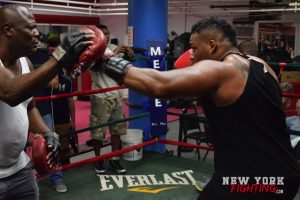 New York Fighting sees Fred Kassi as a true test because he fought Arreola (who recently lost to Deontay Wilder), Amir Mansour, Hugie Fury (defeated Dominic Guinn), and Dominic Brazeale (recent loss to Anthony Joshua). However, BIG Baby is a natural fighter who can make adjustments on a much higher level than a fighter like Arreola. He will be able to detect the flaws and opportunities that Kassi’s style provides. Specifically, Kassi’s constant ducking and taking angles can give Miller the opportunity to shoot body punches that will disrupt this defensive maneuver. Quoting “Irish” Mickey Ward from the movie “The Fighter,” “Head-Body-Head-Body”. 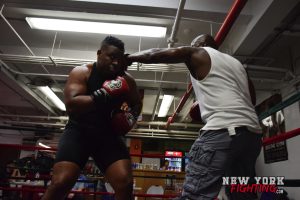 Furthermore, Kassi’s lazy probing jab will be easy to counter (“Catch and Shoot,” to quote Paulie Malignaggi), thus disrupting his sneaky left hook and overhand right. Kassi’s awkward movements do not allow him to fight on the inside, so he will have problems if Miller fights inside and muscles him. Kassi also has a habit of staying upright even in close quarters. 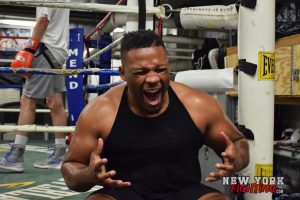 Tune in Friday night to see “Big Fred” versus “Big Baby.” If for some reason you are interested in seeing BIG Baby Miller score another impressive knockout, this is the fight. 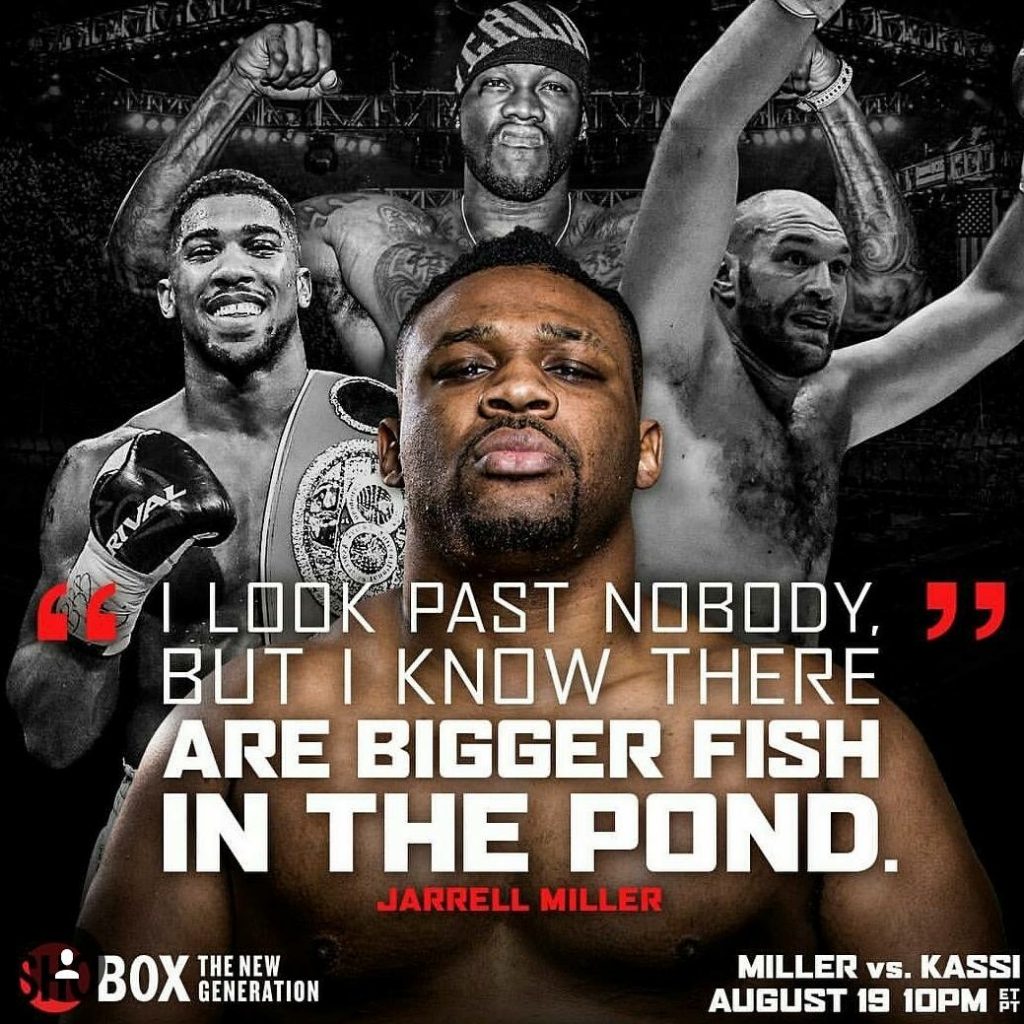