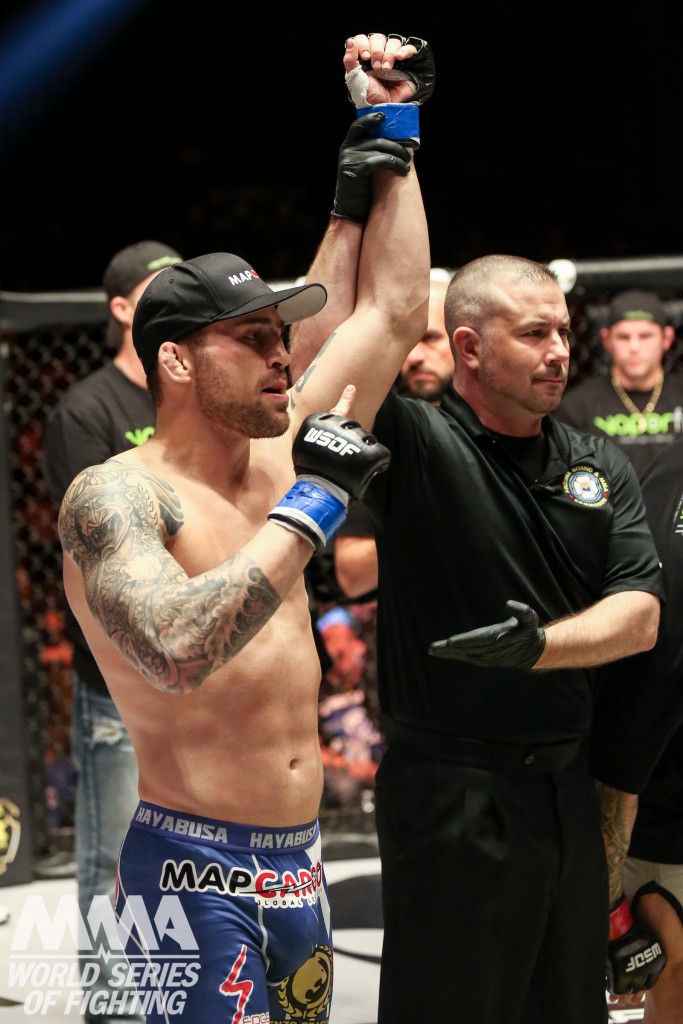 João “The Brazilian Samurai” Zeferino steps back into the decagon this evening for the newly-dubbed Professional Fighters League. The Welterweight is looking to improve his 21-8 record with another win and is confident his training will bring him one step closer to winning the grand prize of $1 million dollars PFL is looking to offer for their tournaments.

“It’s just a matter of putting the time and work in,” says the Florianopolis native. “I have been training for years and I have a lot of amazing people around me who are helping me to make it happen. It’s just about putting in the grind. You have to keep working hard no matter what your responsibilities are.”

While World Series of Fighting’s transition into becoming Professional Fighters League was a surprise for many, Zeferino is pleased by the change and excited to be a part of the company as it continues to grow.

“It seems like a great opportunity for us to have a secure feeling around our jobs,” he says. “It’s not easy being a fighter because so much depends on actually putting the fights together and sometimes things don’t go the way you’d like them to. They’re offering both a monthly salary and the chance for this prize money. The new format made me want to stay, but the guys at WSOF were always very good to me. I have no complaints whatsoever, and I just signed another 4-fight deal.” 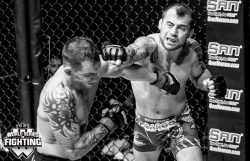 “The Brazilian Samurai” is eager to get back into the ring after an unexpected injury deterred him from competing at WSOF’s huge event at Madison Square Garden last New Year’s Eve.

“It was very unfortunate because I had been looking forward to that fight very much, but things happen and I looked for other opportunities to grow and learn,” the fighter says. “I am much more cautious now with my body to make sure that anything negative I can prevent from happening, I will.”

He and his cornermen Mike Jaramillo, Jamie Crowder, Gerardi Rinaldi, and Zed Chierighini have been working on a “very smart and detailed game plan,” according to Zeferino. These fights are what he has been working towards for more than half his life.

“I started martial arts when I was a teenager in Brazil,” The 31-year-old fighter says. “I never stopped training. It was just a natural transition, from training to fighting. I never thought about anything else. I came to the U.S. to have better opportunities to fight. I wanted to have the best training and structure in the world, and I wanted to keep evolving.”

His nickname “The Brazilian Samurai” came from a former coach that noticed Zeferino’s admiration for the Japanese culture and his passion for fighting. Now an instructor himself, he looks to pass on his knowledge of JiuJitsu to his students.

“As an instructor at Renzo Gracie Middletown, I push my students hard but I try to give them love at the same time. I see myself giving tough love, I want them to do their best but to know I care and want to help them.” 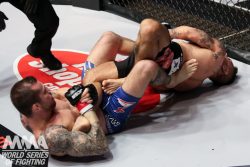 Tonight, plenty of his students will be tuning in to watch PFL’s inaugural event in Daytona, alongside Zeferino’s many training partners at Renzo Gracie Academy.

“There are so many great people at the academy,” João states. “From the beginners to the highest level of students, everyone works very hard and they just encourage me to get better. I’m the most prepared I’ve ever been and I know it’s because of my training partners and coaches. When I fight, there is no emotion. I go in there to finish my business.”

“I just want to be the best fighter in the world,” he says. “Every day I am working to be one step closer to that. I think with all my hard work and dedication, it’s definitely possible to achieve my goal.”

You can catch João Zeferino fight tonight on NBCSN beginning at 7:30 PT/10:30 ET. 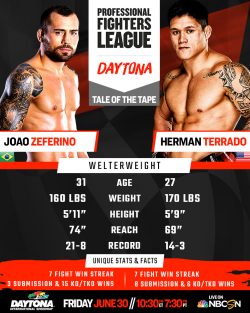