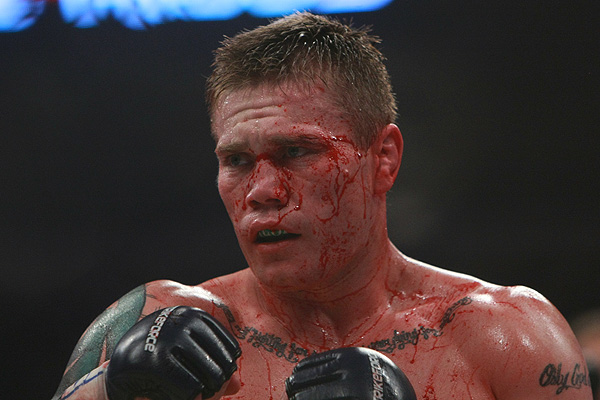 After a long and storied career, MMA fighter Joe “Diesel” Riggs has just about done it all–fought in the UFC, was a Bellator, WEC, and Strikeforce champion, and competed in everything from bare-knuckled boxing to wrestling. Now he’s onto his next bout–competing at Rise Submission Invitational 2, versus an opponent that has eluded him for the last several years. 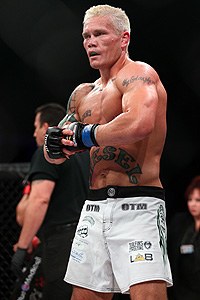 “I was supposed to fight Pete ‘Drago’ Sell several years ago, but due to injury, it never happened,” Riggs says. “He was a guy who was in the UFC when I first started and then he retired, and we never got to fight, so when the opportunity came to do it, I thought it was a great idea. It’s a definitely not a grudge match, I’ve met the guy and actually like him a lot–but a lot of people want to see that fight, and I want to make that happen.”
The last Rise Submission Invitational was a success, with several highly-esteemed grapplers such as Randy Brown, Jason Rau, and Van Allen Flores. John Danaher, JiuJitsu genius and coach to some of the greatest grapplers of the last several years, discussed the tournament due to its caliber of fighters.
“I just love competition,” Riggs gives as his reason to be featured in the tournament. “I just love competing and fighting. I recently did bare-knuckle boxing–they invited me to London, I knocked out the champ, and that’s all there is to it. I have a black belt in BJJ and that would be great to finally show that off. Also this fight is something that should’ve been done a while ago and something I can finally close a chapter on.” 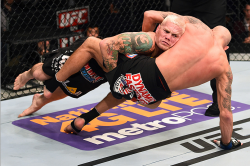 Riggs doesn’t see himself being in the fight scene for much longer, however. After more than half his life dedicated to competing, and a large portion of it as a professional fighter, Riggs is only taking on matches that mean something to him.
“I do have a lot of miles on me, but if anything, I have about six more fights left in me,” he says. “The way I’m going and as much as I’m fighting, this is looking to be my last year. I’m just about retired, I’ve done it all in this sport–Bellator, WEC, and Strikeforce champion, UFC contender, you name it. I almost retired after my last UFC fight in February, but people remember your last fight, and I didn’t want to leave my career like that, I didn’t want to be remembered like that. I want my kids to grow up and see what their father has accomplished, and I don’t want that fight to be the one that is what is the end of my legacy.”
The fighter has accomplished a lot in the sport, but recognizes that Mixed Martial Arts is growing even faster than anyone could’ve ever imagined. He notes how different things are from when he first started in the early 2000’s.
“The fighters today have it a lot easier than what I did,” Riggs says. “You couldn’t argue about your paycheck, because there were a hundred guys behind you who would take it. Now things are much better, but some of these fighters are coming in when they are 5-0, and I couldn’t come in until I was 25-5. There’s a lot of great changes happening, and it’s a good thing because I don’t want any of the fighters that are up and coming to struggle with what I’ve had to.” 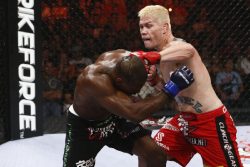 The former champion of multiple promotions intends to make the most of his next steps, but he isn’t worried about his options and is looking forward to being able to finally spend some real time at home.
“After this, I might fight in Bellator again or fight Nick Diaz again, there’s a lot up in the air, so who knows. This has been such a huge part of my life. I always knew what I wanted to do. I always wanted to be a fighter since I was young. I love this sport, but I never expected to make money from it. I used to make only a few hundred dollars for my fights, and now things have gotten better. I’ve been smart and putting money away, and I’ll never have to work again. More than anything, I just want to end my career on a good note. When I’m done, I want to be done. I can look back on my career and be happy with what I’ve accomplished. Being a father and a husband is the most important thing in my life, and it’s what I want to put my entire energy in. I just want to be the best family man I can be.”
Writer: Pari Aryafar
Editor: Kyle Antonelli
Tags: Featured, grappling, joe riggs, New York Fighting, NYC, RISE Submission Invitational