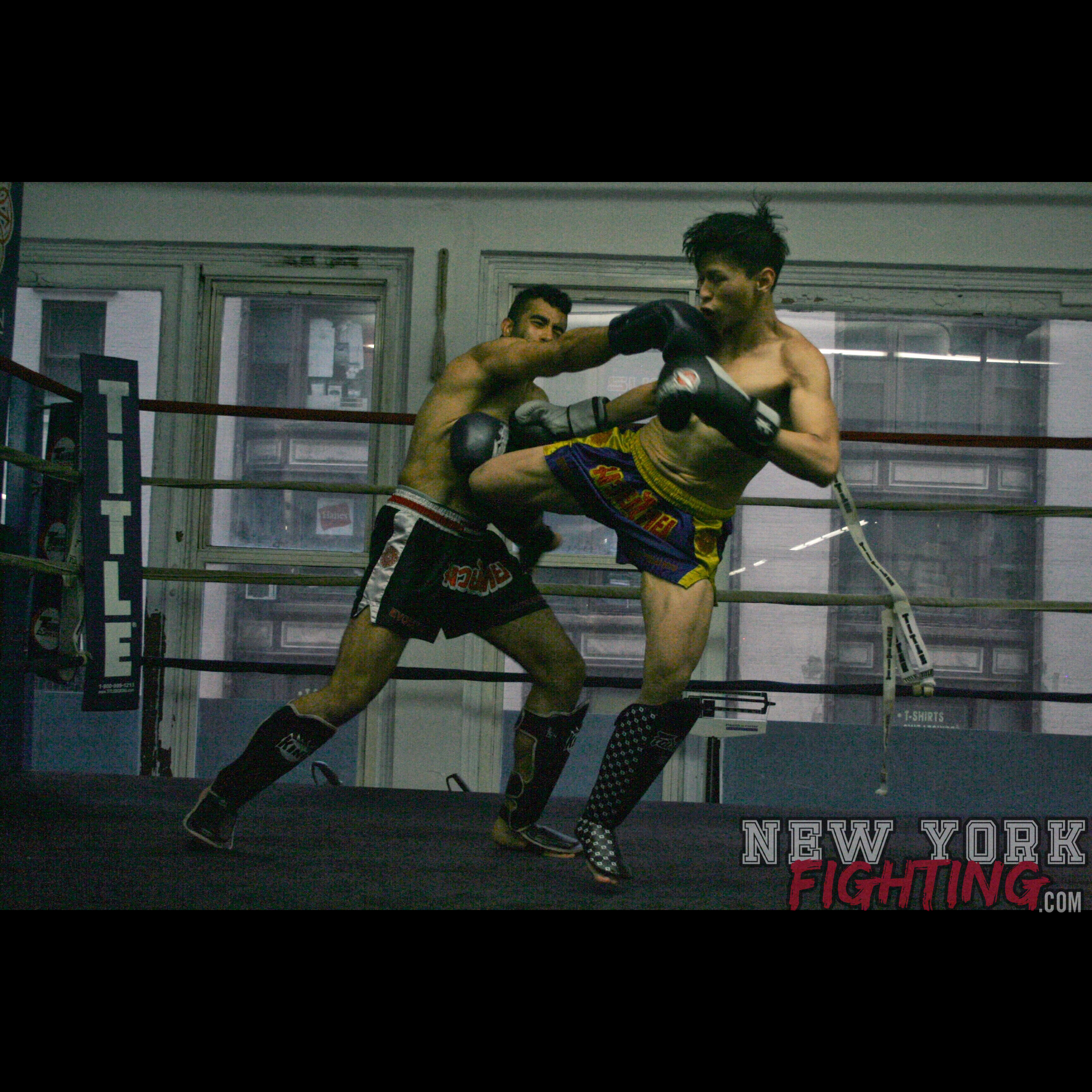 Muay Thai fighters Adam Karami and Mark Davis of Evolution Muay Thai will be competing this evening at Friday Night Fight’s long-awaited Rumble on the River. The two men have been looking forward to their bouts for several weeks now and are eager to show New York City what they’re capable of.

“It’s my debut fight,” Davis says, “But I know I am completely prepared for it. Our head coach, Brandon Levi, has really helped to feel like I am able to accomplish anything. He gets you to do the work for you, not to try to impress him. He’s not going to bullshit or coddle you.”

The thirty-year-old has been at Evolution for nearly four years and believes that “Our gym isn’t that type of macho everyone is against each other kind of thing. It’s been really laid-back, very social, and just really great solid training. I always loved martial arts. I wanted to test myself and I’m ready to see what I’m made out of.”

The fighter spends much of his time in the gym, when he’s not working at either of his two jobs. For him, it’s become a family, and a place where he can feel complete as himself.

“I’ve never seen another fighter like me,” Davis says firmly. “There are many accomplished gay female fighters that are out and fighting, but I don’t know of any gay male fighters. I always thought I couldn’t be both: a fighter and a man that was out. Now I realized that I can be that person. I never could see myself in someone else, like, “Hey, they’re like me.” Well, if I couldn’t find it, maybe I can be that for someone else. There might be another gay fighter and if they see me, they know that they can be both out and a fighter as well.”

His teammate and training partner Adam Karami feels that the gym has become his second home as well. Just a few days after receiving his citizenship, Karami (1-1) is prepared to compete in his third fight as a new American citizen.

“It’s cliche but the way I got into the sport was because of a bad breakup,” he says with a laugh. “My close friend was a coach and convinced me to try it, I got my ass beat and I fell in love right away. Not a lot of people understand the sport or want to delve deep into it. Many see it as so alien and barbaric, but I wanted to prove to myself and see myself thrive in a combat sport, where you are getting beat and hurt but are surviving. It’s a spectator sport but you can’t enjoy just as a spectator, being in it is where it’s the most exciting.”

After training for the last couple of years, Karami feels as though he has changed dramatically as a fighter and a person. “Before, I only pushed myself if someone else lit a fire under my ass. But being at Evolution, it’s become so much different. I have to push myself every day if I want to keep up, if I want to do well instead of just try to survive. This particular camp has taught me my potential and has shown me what I’m really capable of.”

Despite essentially living in the gym and training nearly every day, Karami believes that “Ultimately, your hobbies and jobs don’t define you. I’m at the gym all the time, but I’m also a researcher. We all have different parts of us that correlate, but we are a part of a much bigger whole. You can choose to say who you are rather than letting other things define you.”

The two have been working closely together for the last several months in preparation for their bouts. Both fighters will be on the Rumble on the River card this evening at 6 pm at Rockefeller Park in Battery Park City. 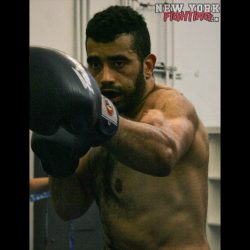 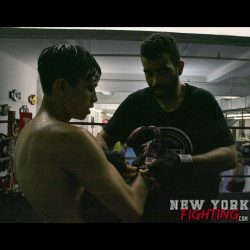 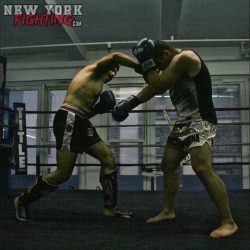 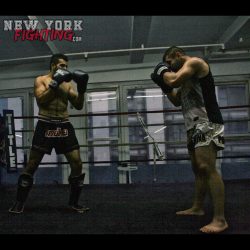 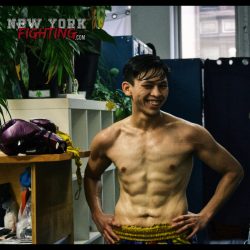 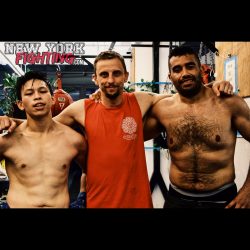 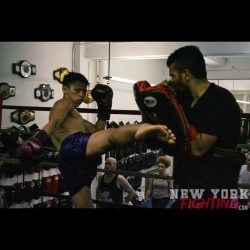 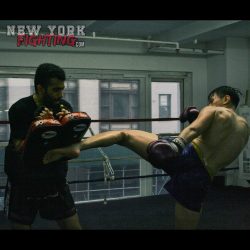 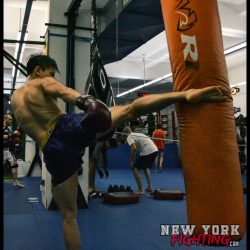 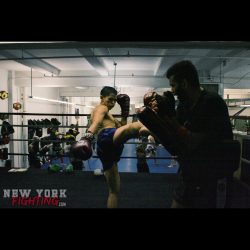 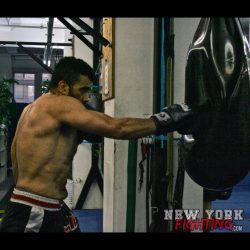 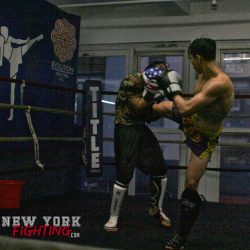 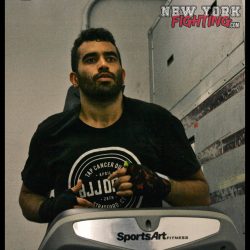 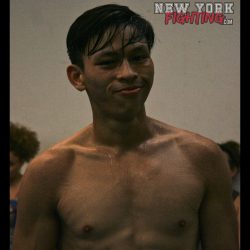 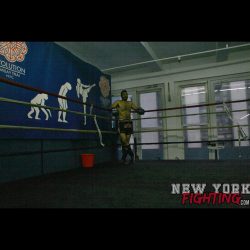 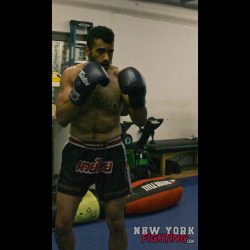 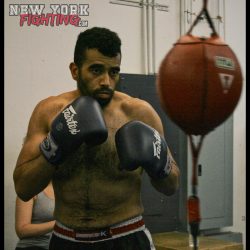 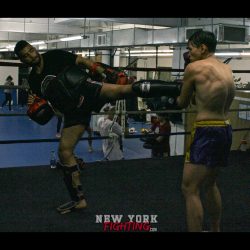 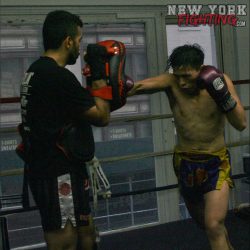 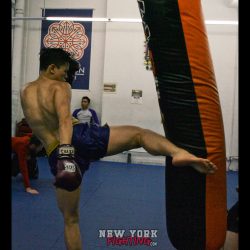 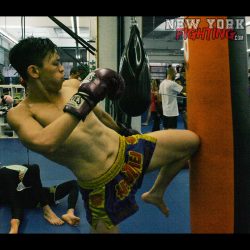 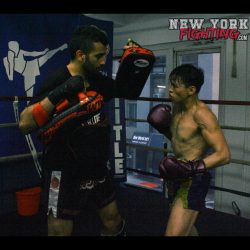 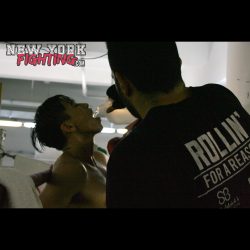 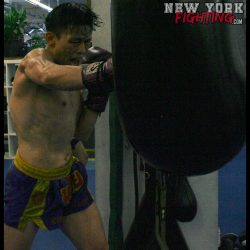 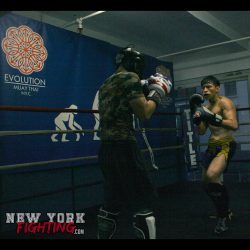 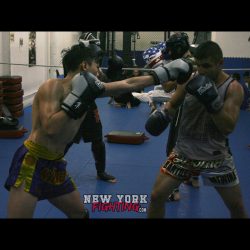 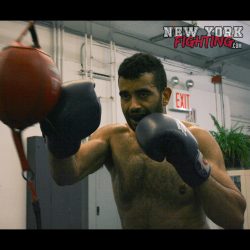