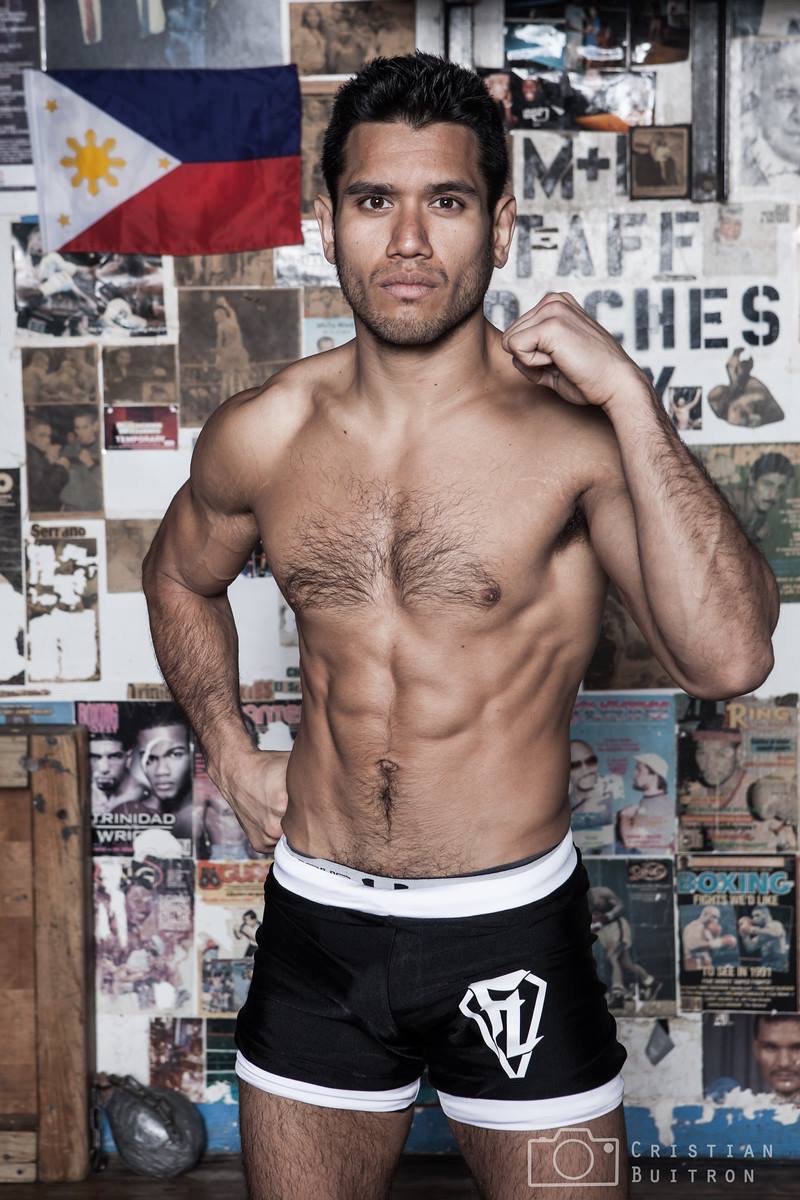 New York Fighting held an exclusive interview with former TUF finalist and returning UFC fighter Phillipe Nover. This article is Part 1 in a 3-part series based on that interview. Phillipe would like to thank the Brooklyn-based company Future Legend Clothing for their sponsorship over the years.

Returning UFC fighter Phillipe Nover knows where he comes from and knows where he is going. In an exclusive interview with NewYorkFighting.com, the Brooklyn-based Filipino-American talked about his return to the UFC on May 16 at the Mall of Asia Arena in Manila, Philippines, where he takes on the 18-4-1 Yui Chul Nam, and what it means to make his return on the UFC‘s first trip to the Philippines.

“UFC coming to Manilla is a huge, huge thing. I would say in the last 5-6 years, mixed martial arts has blown up tremendously in Manila and in the Philippines itself.” Combat sports fans know that boxing is very popular in the Philippines, with Manny Pacquiao as the nation’s greatest sports hero, and Nover (10-5-1) says that the popularity of boxing is far from exaggerated.

“I go every year and I see how boxing has been over the years and how Manny Pacquiao became a star and, you know, the Philippines is so behind him. People say you can’t even find someone in the street, or hanging around, there’s zero crime when Manny Pacquiao fights. And that’s totally true.” 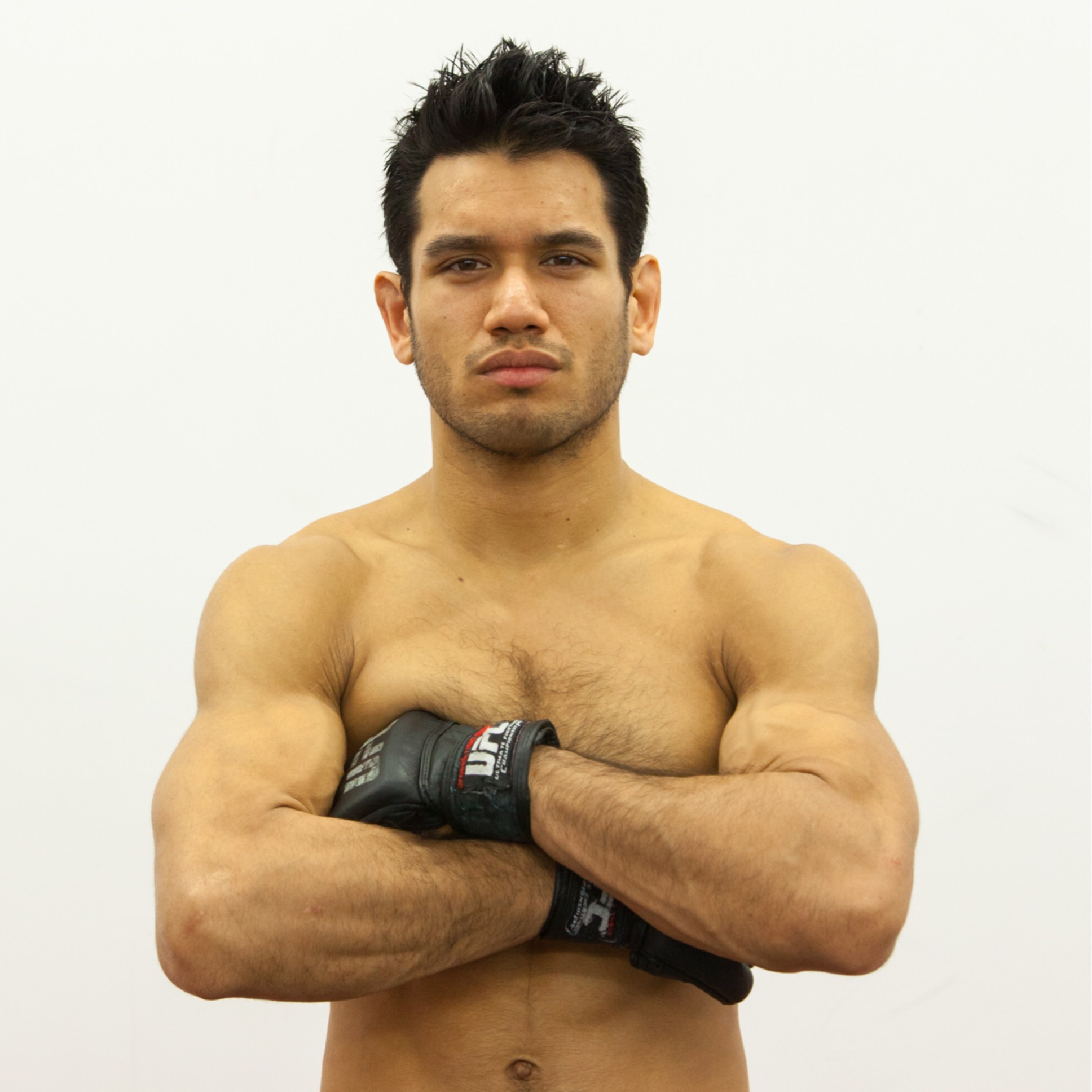 Boxing, however, is not the only combat sport on the radar in Manila. The Philippines has a rich martial arts history, with arts such as Eskrima originating in the island country, and which Nover has trained since his youth. With the UFC’s recent focus on the Asian market, and other Asia-based promotions taking hold, MMA might be slowly starting to catch up in popularity with the “sweet science” in the Philippines.

“The UFC is getting big as well,” mentioned Nover, “and they do have other organizations that are getting bigger out there too.” He mentioned One FC and some local promotions as examples. “There is a really good UFC Asia team that has been building the UFC, and if you just walk around the malls now in the Philippines they have MMA stores, UFC stores selling all these products. You have Brazilian Jiu-Jitsu schools opening up everywhere, so the combat sports have always been a part of the Filipino culture, and now you have such a greater outlet for fans to reach their fighters and reach the people that they look up to.” 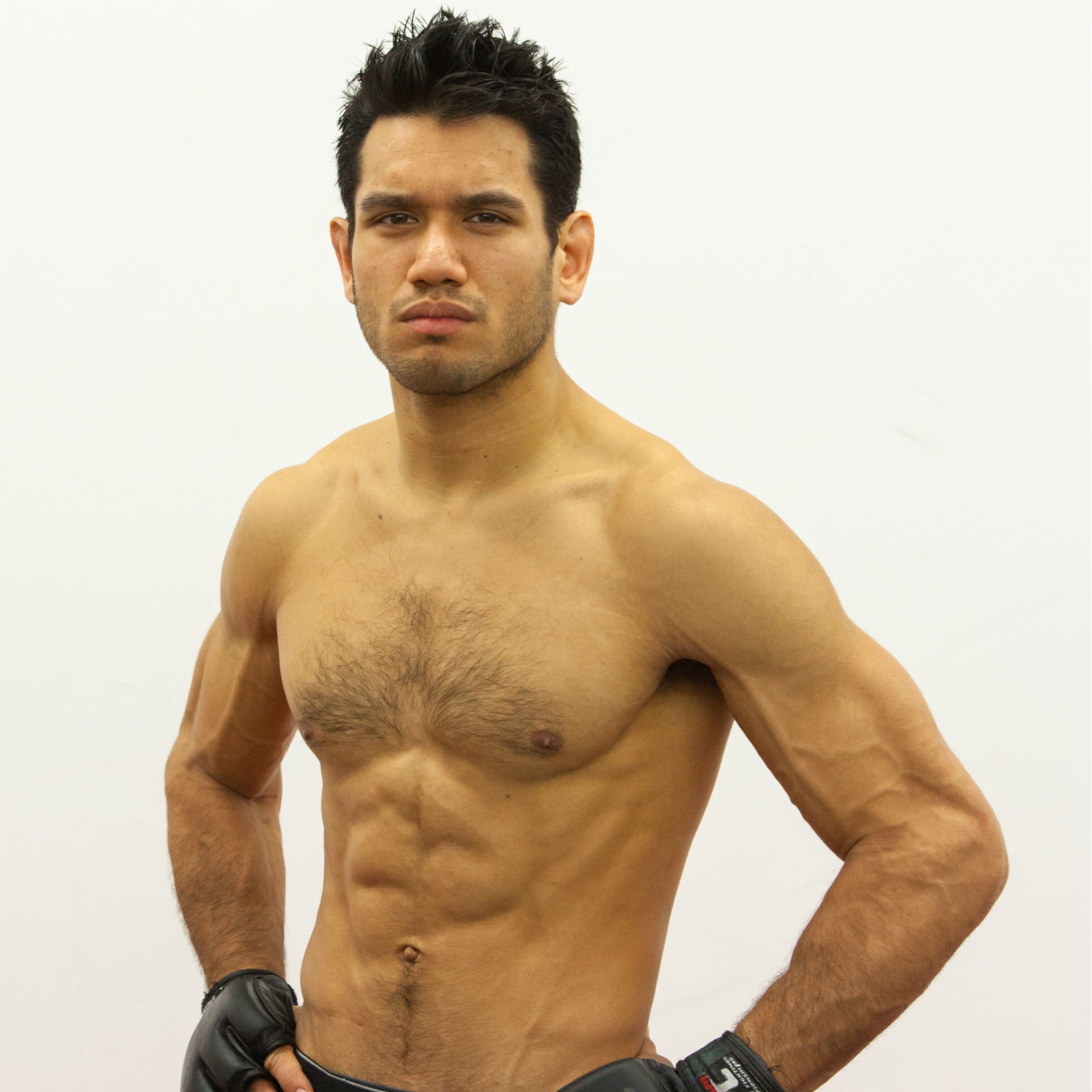 The Philippine connection does not end with Nover himself. His girlfriend is currently a finalist in the UFC’s Octagon Girl search to be featured on the Manila card, which Phillipe describes as “pretty crazy.” He told New York Fighting that if she wins, “it will be a possibility that when I fight she will be there and will be an Octagon Girl, which is pretty wild.” Fans can go to UFC.com/octagongirlmanila and vote #3 for Christine. 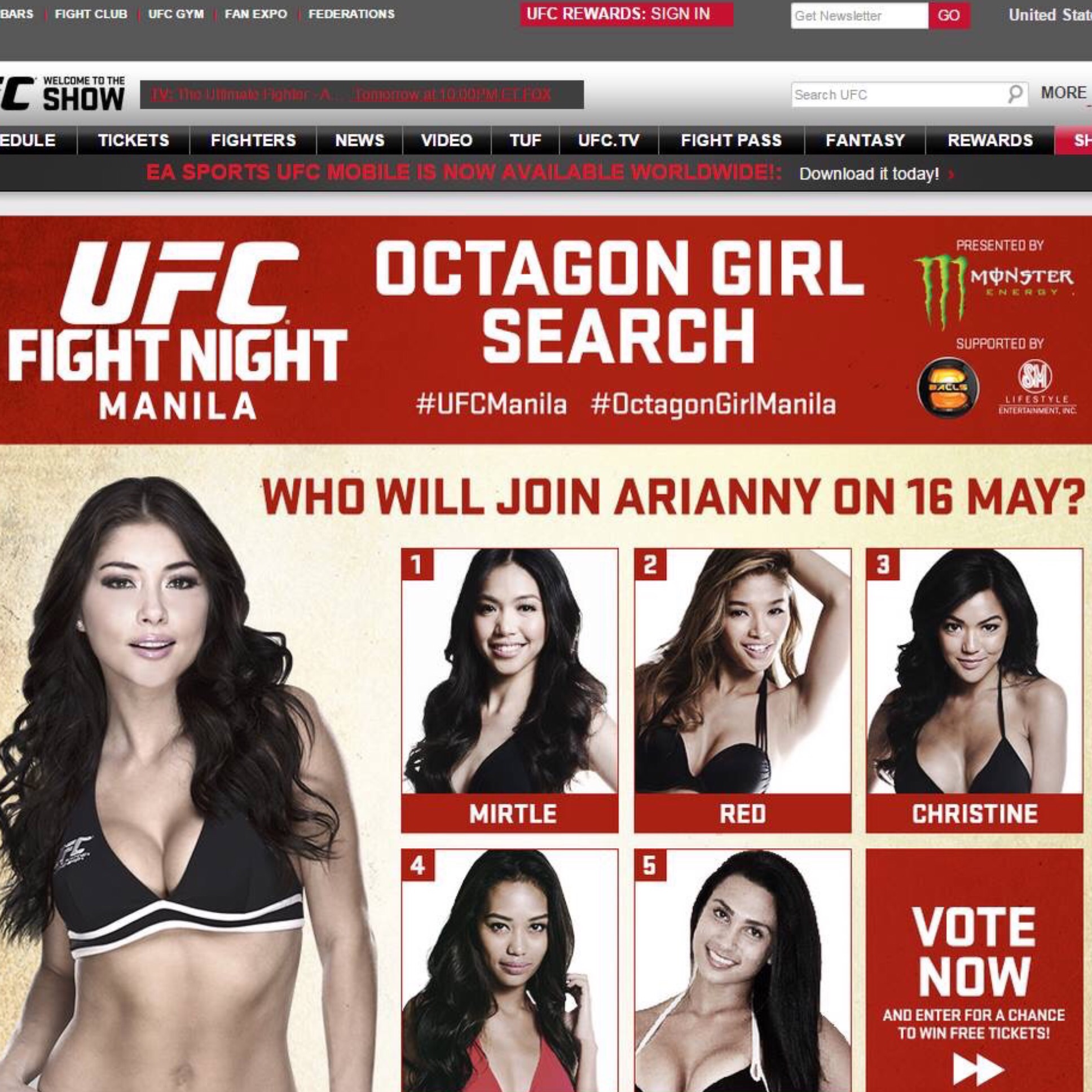 Whenever the UFC enters a new market – especially a new country – it seeks to highlight local fighters, or fighters with ties to the country in some way. Upon re-entering the UFC fold, Phillipe Nover becomes one of the higher-profile Filipino fighters on the roster, next to names such as Mark Munoz, who also fights on the card against Englishman Luke Barnett. Nover believes that he was able to connect with the Filipino fans during his first run in the UFC. “I think with my first stint in the UFC, which was in 2008, I didn’t have the best career once I got signed, but I was on the show and I did show my Filipino roots on The Ultimate Fighter. I even cooked on the show, I made balut for everybody, you know, and I definitely gathered a lot of Filipino fans back then, and I still have a lot of Filipino fans here in the States and in the Philippines who have been loyal and have been following my career even outside of the UFC. So I’m happy about that.”

But could this be an opportunity to bring in more fans in a new market? “I think that’s definitely an ambition of mine. I get a lot of emails from fans of mine that are in the Philippines who are watching me…I’m gathering fans in a few different ways and I’m gonna pursue this as hard as I can, and I’m gonna keep striving for the top. I’m not just doing this to get fans though, I’m doing this because I love it, and I’m pursuing my dreams, and I hope to be in the top 10, top 20, very soon.”

The combat sports world, and the broader sports world in general has turned its focus to the upcoming Floyd Mayweather vs Manny Pacquiao fight on Saturday, March 2nd. The Filipino fans are

undivided in support for their countryman Pacquiao and unsurprisingly, the “Super” Nover is picking “PacMan” to win the fight. Nover posted his own breakdown of the fight on his Facebook page, and echoed his prediction in speaking with New York Fighting. “Obviously I’m going with Manny  Pacquiao. What I hope happens is that Manny comes out real strong, comes off firepower on and ready to go, and lands really solid body shots, and imposes his will, and forces Mayweather to sit and box, and hopefully Mayweather gets caught with some power punches, and hopefully he slows down and Manny lands some power punches in the later rounds, and he wins a unanimous decision.” He understands that he is going against the pick of many pundits, but just laughs it off and says “my second pick would be a draw.” 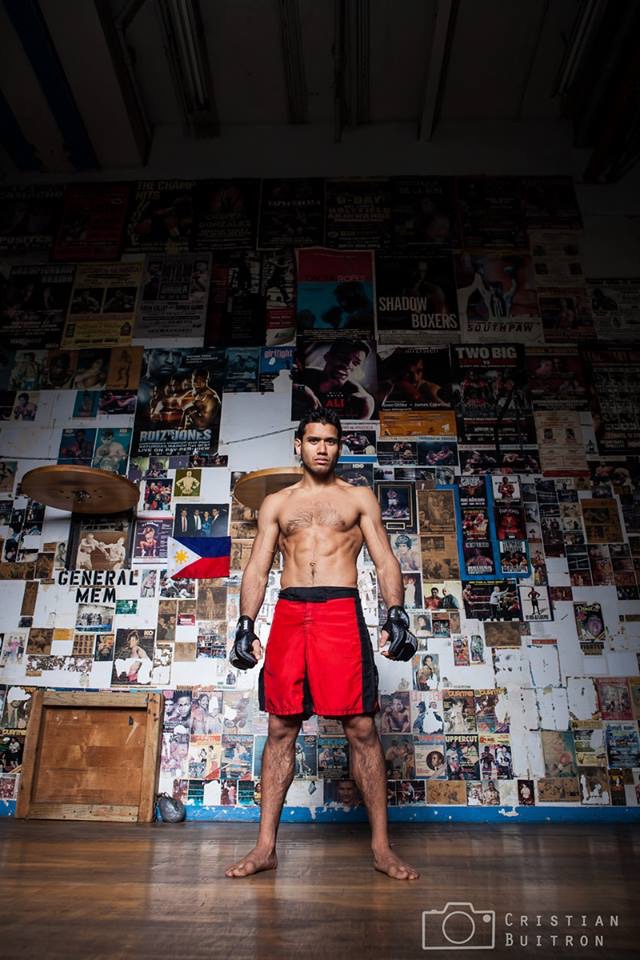 Like many die-hard fight fans, Nover follows boxing,  MMA, and a whole range of other fight sports. “I follow any combat sports, I love combat sports. When the NCAA championships for wrestling are on, I am watching. I’m watching boxing, I’m watching kickboxing, I am just a combat sport addict.” For him, it is all about the one-on-one competition. “I never was the best team-on-team player,” he says. “I tried soccer and football and baseball when I was a kid. But what I enjoy watching is one-on-one combat sports, whether it be Judo, wrestling, boxing, kickboxing, because that’s pretty much what I do. I have to analyze the top of the game too, so I’ll watch the top wrestlers now, and I’ll watch what moves are working for them, and how they score, and I’m a fan of it and I appreciate it.”

The Filipino fight fanatic Phillipe Nover will look to integrate all of the disciplines together when he makes the trip to Manila on May 16th. “Whether it be boxing or the UFC, the Philippines is behind it, and I’m glad to be part of it. It’s an amazing opportunity for me, and I’ll definitely make the fans proud.” 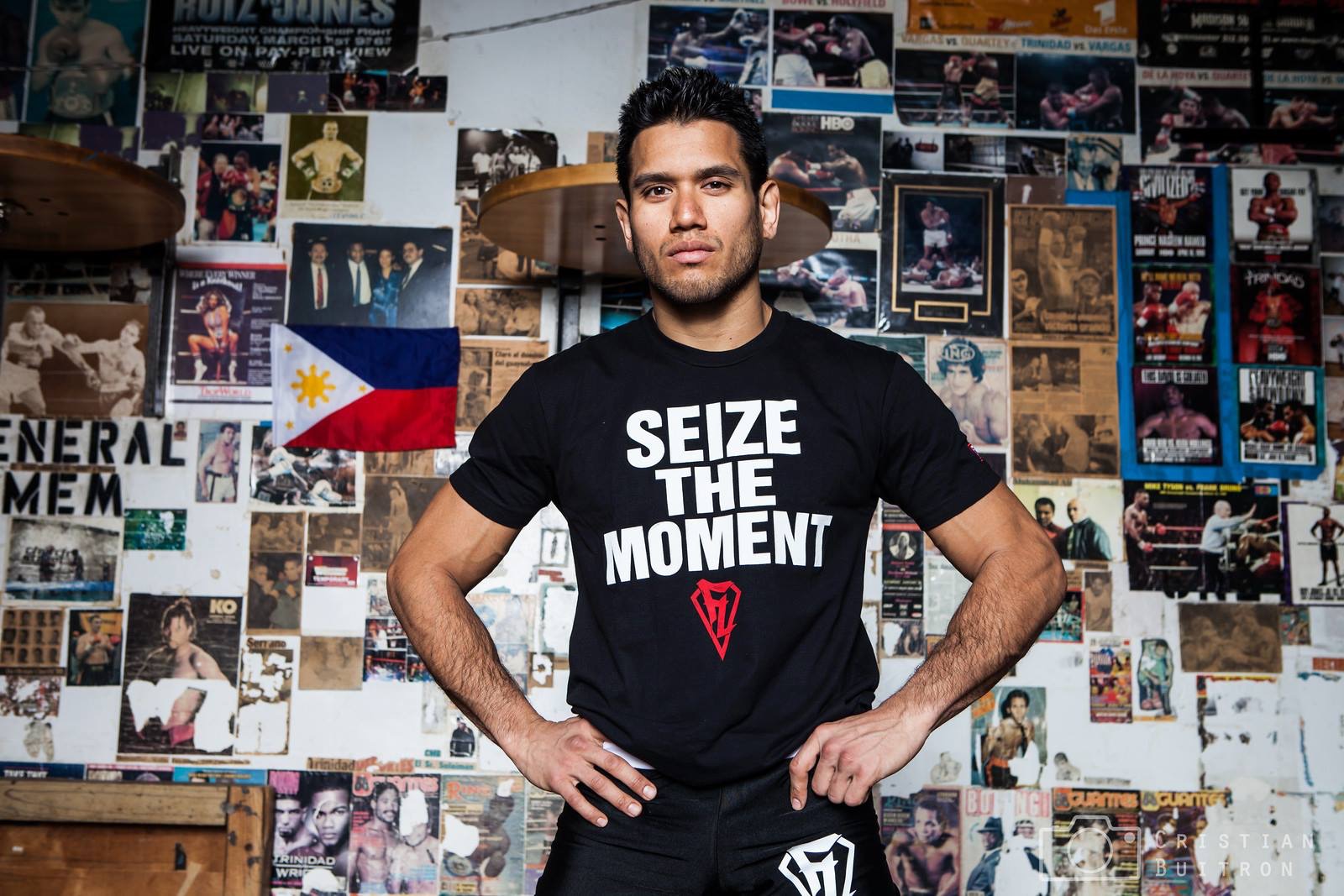 In the next two segments, Phillipe Nover discusses his training and connections to his hometown of Brooklyn, New York, life as a fighter and full time nurse in a busy hospital, his fight career leading up to his UFC return, and his upcoming fight.

Kyle Antonelli is a lifelong martial arts enthusiast and has been following MMA since 2002. He has a background in wrestling and teaches Brazilian Jiu-Jitsu, which he has trained since 2005. Kyle is also a licensed attorney in New York State.