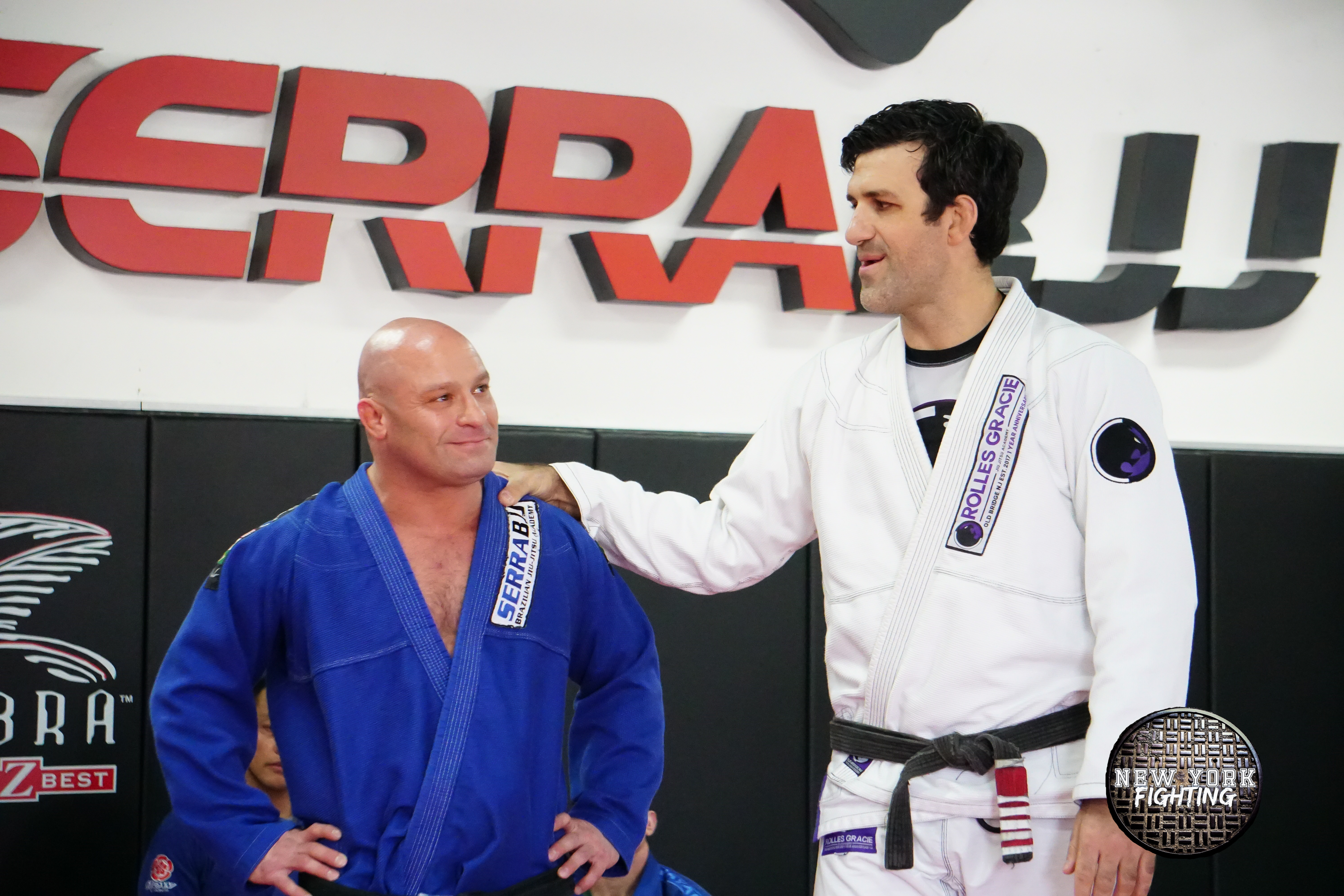 New York Fighting was reporting live on the mats this past Saturday, March 16th at Serra BJJ in Huntington, NY for an Amazing 3-hour seminar by the legendary Rolles Gracie.  The mats were filled with around 65 athletes who listened and watched closely as Professor Gracie shared his battle tested technique.  He started by attacking the turtle position to capture back position.  He then showed subtle details picked up over his impressive career, sharing stories throughout his demonstration.  Rolle’s made his way around the room helping new and old students alike.

Thunderous applause engulfed the room when Matt Serra and Pete “Drago” Sell stepped on the mat.  Mr. Serra’s warmth and commanding presence was welcome among his many students and guests in attendance.  At the conclusion of the seminar Mr. Serra lined up his students and guests by belt rank with his numerous black belts (and guest black belts) facing the lower belts.  He then conducted a promotion ceremony in spectacular fashion speaking in detail about each one of students.  Many lower belts moved up in rank including that days Uke (受け) and demonstration partner for Mr. Gracie, Y J Kim who received his brown belt.  In addition to the many promotions, Mr. Serra promoted three black belts, Sean Levy, “Big” Joe Cap and Glen “Doc” Roiland.

Rolles Gracie is a UFC, IFL, ONE FC and WSOF veteran.  He has been a long-time instructor and fixture at his cousin Renzo’s NYC headquarters and NJ schools.  He recently opened his own academy, Rolles Racie Academy in Old Bridge, NJ.