Return of the Gift: Gregor Gillespie 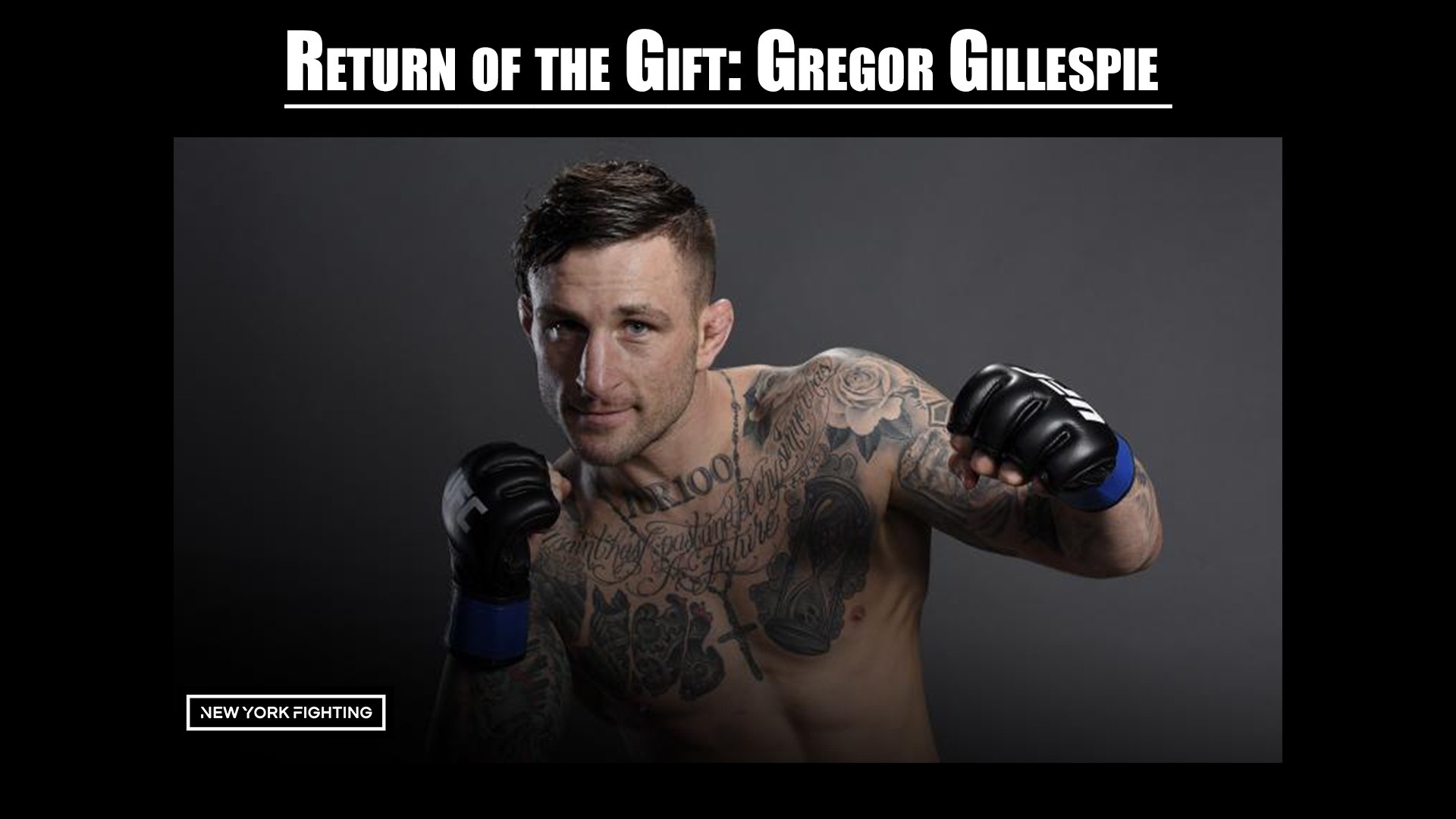 Throughout his impressive career, Gregor Gillespie has embodied the principles of success and hard work. Starting his fighting vocation in the strenuous sport of wrestling, “the Gift” as he is known in the UFC, quickly became an all-star. As a wrestler for the Division I program at Edinboro University, Gillespie won a national championship in 2007 and became a four time All-American. After his success at the collegiate level, he decided to transition to the complex and demanding world of mixed martial arts. “I didn’t feel like I had a whole lot of room to improve in wrestling…in fighting, there was quite a bit of new skill and room to grow and that was exciting,” said Gillespie. This desire to grow and the success of fellow international wrestling star, Jordan Burroughs, emboldened Gillespie take a leap to a brand new world of fighting.

After this transition, Gregor immediately found success. He went 13-0 in his first 13 fights, with 6 of those victories in the dangerous waters of the UFC. When asked about what has given him an advantage in his career so far, Gillespie credited his wrestling experience at the highest collegiate level. “Wrestlers and Division I wrestlers work harder than anyone in the whole world. It’s the toughest sport there could possibly be…we outwork anyone, we know how to train hard,” said Gregor. Wrestlers like Gillespie are constantly pushed to their limits and they know that no matter how they are feeling, they must keep pushing. This determination and perseverance was put to good use when the coronavirus pandemic hit the United States. During this long disruption, Gillespie was left alone to train by himself in upstate New York. With no coaches or sparring partners, he was forced to adapt to his circumstances and train himself. “It was a weird time where I was doing a lot of training in a basement,” said Gillespie. Thriving in the face of such a challenge is not for the ordinary fighter, but for those who can face adversity head on. 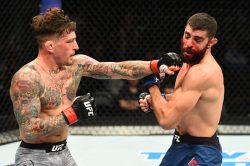 In his most recent fight, Gillespie lost to Kevin Lee via knockout at UFC 244. Despite the end to his undefeated record and a broken jaw that kept him from training for four months, he moved on and did not let this fight determine who he was. He continued to train and get better in every aspect of the game. “I’m trying to get better every time,” said Gillespie. This mentality of constant improvement has made Gregor a threat to every fighter in the UFC’ lightweight division, and a tremendously talented fighter overall. Gillespie plans to demonstrate these skills and this mentality on March 20th, when he faces off against Brad Riddell on UFC on ESPN 21. Despite the loss in his last fight, Gillespie is confident that he has improved and is ready for whatever he faces in the Octagon on Saturday. “We did more kickboxing and sparing. My Jiu Jitsu continued to improve. My striking to my takedowns has continued to improve,” said Gregor.  He has no doubt that these talents and additions will help lead him to victory against a tough opponent. 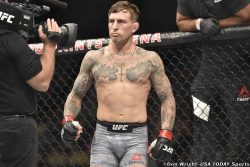 In a powerful lightweight division, Gillespie is ranked #15 and is ready to advance. However, he realizes that success and achievement does not come immediately. He recognizes the importance of taking things one fight at a time. “I got to look at the fight that is right in front of me. Get by this fighter and then go one fight after another,” said Gillespie. This view of the fight game is helping “the Gift” to become one of the biggest threats for the gold in the division, and a powerhouse for years to come. 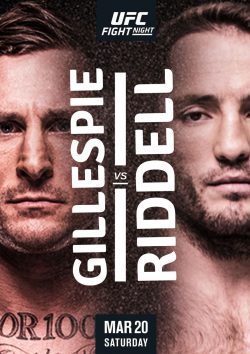