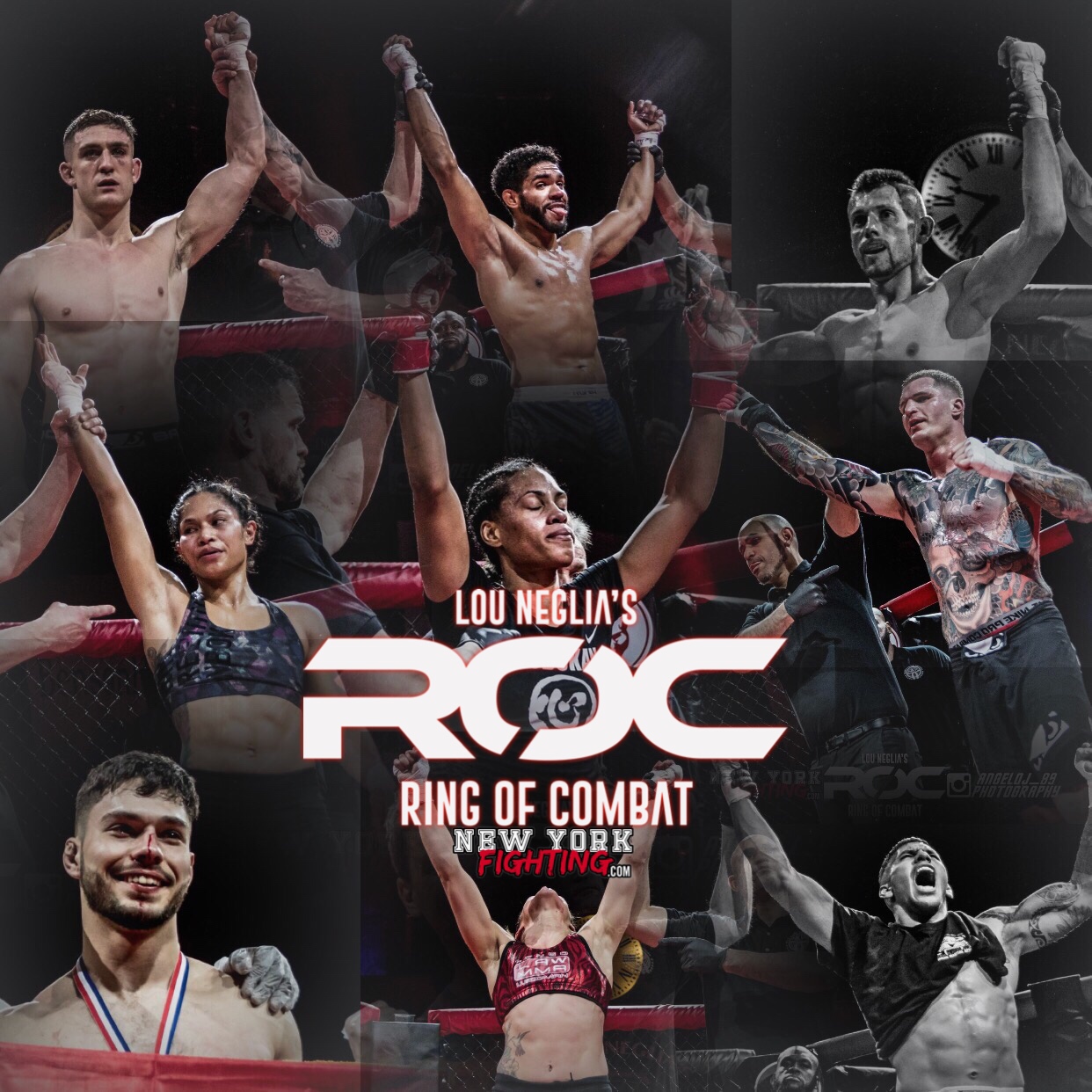 Lou Neglia’s World Famous Ring of Combat debuted in New York City this past Friday, with the 27th installment of their Amateur Championship Mixed Martial Arts promotion. Held at the beautiful Capitale NY venue in the Bowery, the night was filled with action packed fights in the cage, and big name stars in attendance. The sold out crowd was packed in to witness amateur MMA, Submission Only Grappling, Glory rules Kickboxing, all culminating in an intense advanced rules 145lb MMA title fight between Dianna Karavas of Dante Rivera BJJ, and Taneisha Tennant of Budokan Martial Arts.  These ladies put on a tremendous show of skill, heart, and desire to win.  After 3 rounds of action, Ms Tennant came out on top with a unanimous decision victory. Look for both of these fighters to make names for themselves on the pro scene when they make that step up. 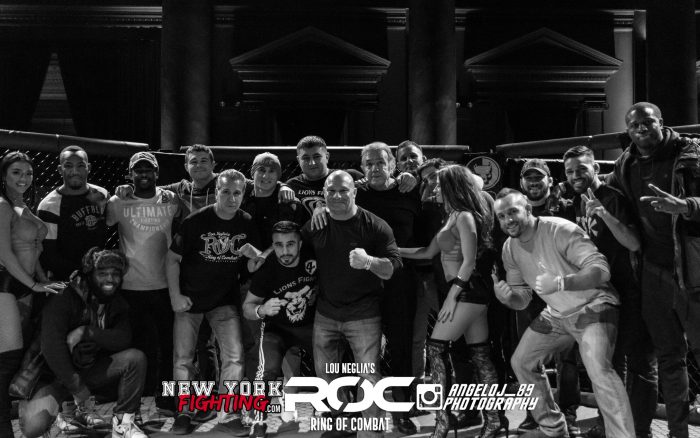 New York Fighting was there to cover all of the action, results below by Ryan Williams

All Photos by Angelo Carchesio 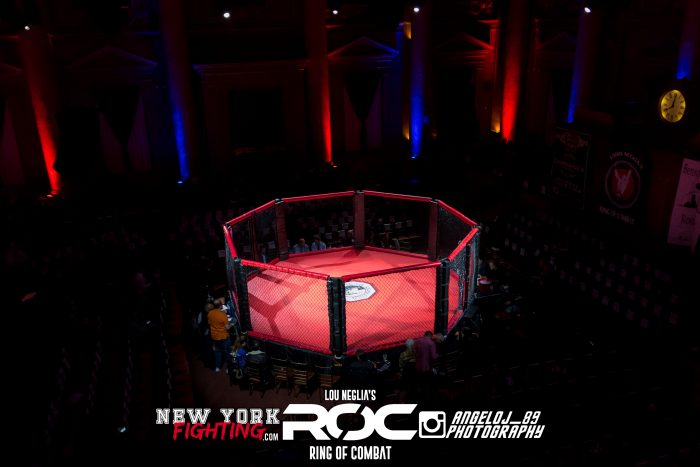 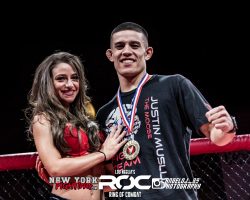 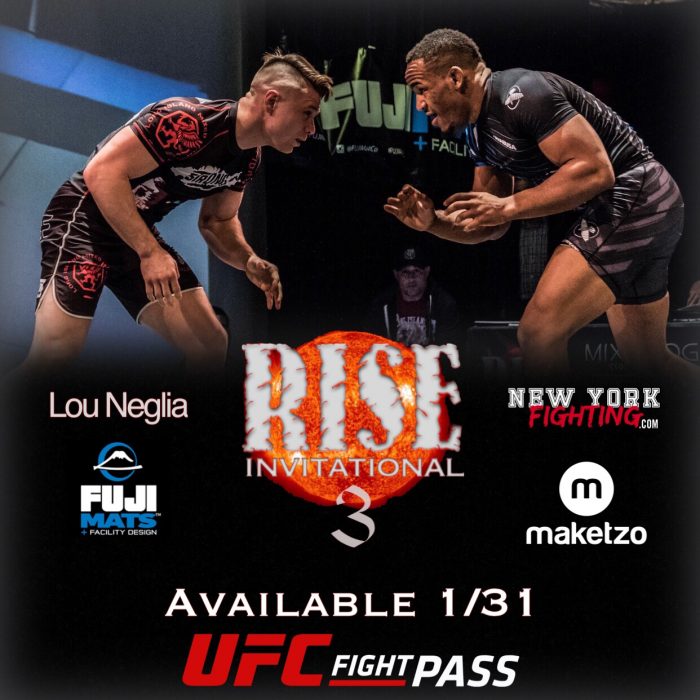