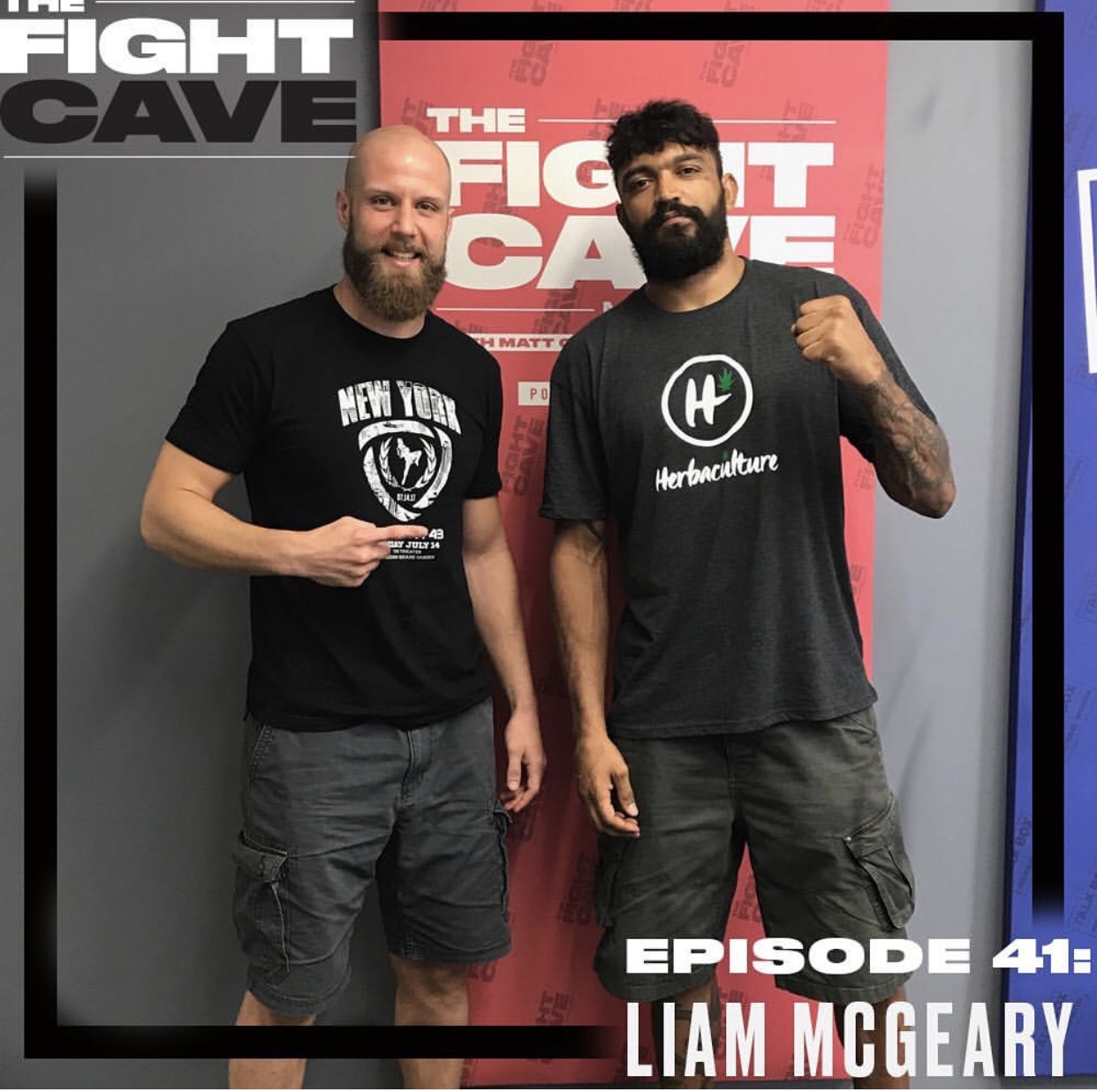 Host Matt Culley is joined in the studio by Bellator’s Light Heavyweight Liam McGeary. The fighter talks about his upcoming bout versus King Mo at the Mohegan Sun on October 20th. McGeary discusses his new hobby of sword-making and talks about his road to becoming a pro fighter. Fight News with Kyle gives the updates on Bellator ratings, submission wrestling results, and the Ferguson versus Lee bout.

The Fight Cave with Liam McGeary: