The Golden Age of Combat Sports 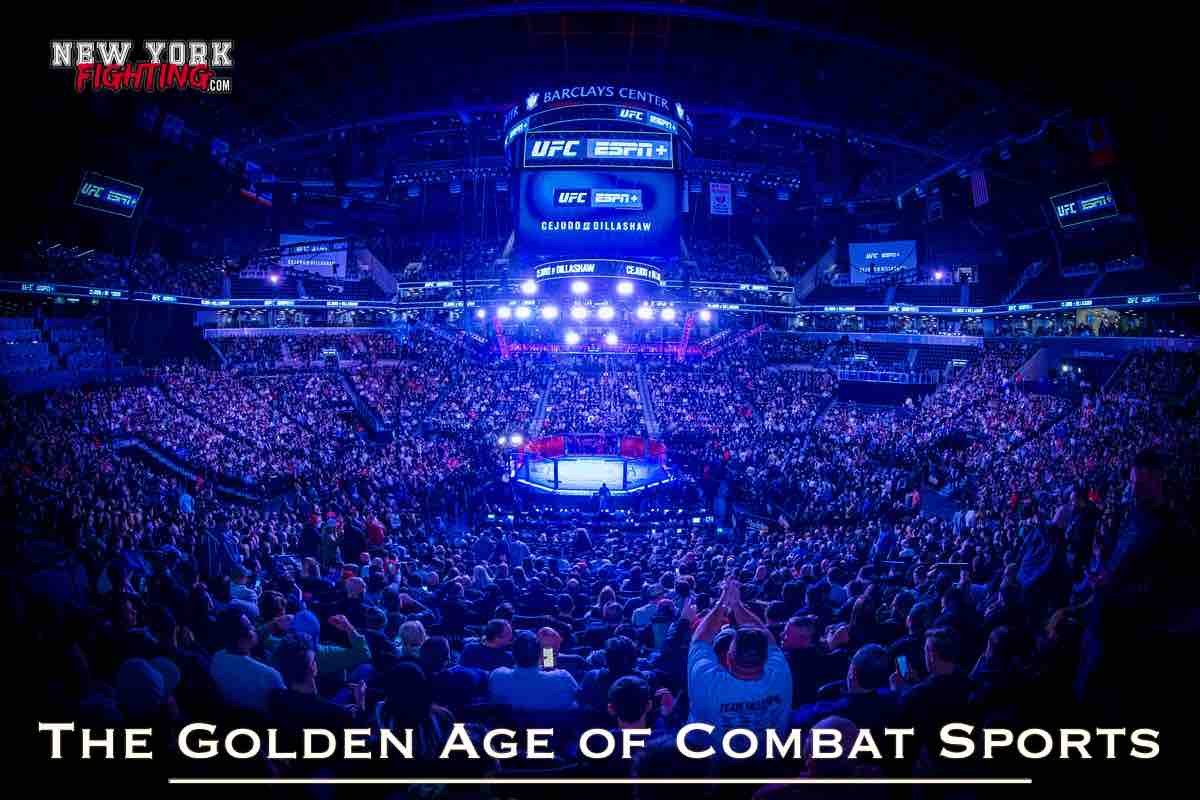 “What do you want to watch?” This simple question takes on a much larger weight these days.The focus of the masses has been captured by our devices, digital media, and the ever growing number of apps designed to stream your chosen content directly to you, at any time you want. As these relatively new platforms continue to emerge and build out larger infrastructures to capitalize on viewership trends, content creation becomes more and more vital to the long term health of this young industry.

As the old story goes, being in the “right place, at the right time” can be the catalyst needed for any endeavor to succeed, but more importantly, to disrupt.

Combat Sports has a long history, across many different cultural landscapes. Hand to hand combat is something that anyone, anywhere can understand, at some level. It can capture a multitude of emotions within a single match, and draw a viewer in deeply by speaking to our own survival instincts. Because of this, many different attempts have been made to promote these battles and sell the chance to witness these feats of human will.

Technology is always a part of disruption, whether it’s a wheel to move heavy objects more easily, or an app to move content faster and further. With TV, promoters gained the chance to reach a much broader audience, far beyond the seats in their venue. This helped to grow the sport of Boxing, introduced the masses to Bruce Lee and the Martial Arts, and spurred a disruption in an offshoot of Combat Sports and Professional Wrestling.

At a time when Professional Wrestling was fractured into multiple brands and regional territories throughout the country, WWE owner Vince McMahon recognized he could create a product from one venue or even his own studio, and reach every territory in the country through TV. This caused the birth of a new Sports Entertainment industry and both the WWE and Boxing experienced tremendous growth throughout the 70s and 80s as they learned how to capitalize on the growing TV viewership market. Although other Combat Sports such as Kickboxing, Karate, and Wrestling experienced some successes throughout the Sports and Entertainment industries, they never reached the mainstream cultural success that Boxing and Professional Wrestling attained. As with all disruption, eventually, the new becomes the norm.

As interest in these forms of entertainment waned for various reasons, there were two new disruptions forming that would intersect to help create the current “Golden Age of Combat Sports.” On the technology side, the disruption came from digital streaming. The way people consume content has changed. Our access points, our time spent indulging, and the content we watch, it’s all different. On the Combat Sports/ entertainment side, the disruption had three letters, U-F-C. Initially it was only a partial disruption, affecting primarily the martial arts world at first. This new platform gave martial artists a much deeper insight into the realities of hand to hand combat. This exposure changed the way we would view fighting, and it led to the creation of a new sport, MMA.

Disrupting the Martial Arts world is one thing, but disrupting all of Combat Sports and live entertainment promotion, while helping to raise the exposure of all Combat Sports, that’s full disruption across multiple industries. The catalysts behind this were Dana White and the Fertitta brothers. Once they purchased the UFC and employed a similar growth strategy as Vince McMahon did with the WWE, they eventually reached mainstream status.

As I said before, “right place, right time.”

As the UFC continues to grow their business into a global sports, entertainment, and media brand worth near ten billion dollars, they have also spurred the resurgence of Combat Sports and a consumer appetite for fight content. The UFC’s historical partnership with ESPN coincided with that brand’s launch of ESPN+, their digital streaming platform. This came at a time when other Combat Sports streaming apps like DAZN, FITE, FLO, and the UFC’s own FIGHT PASS were all experiencing growth stages. At the present time, fight fans have access to fight content like no other time in history. Whether you are watching Floyd Mayweather and Conor McGregor in the largest pay-per-view of all time, or supporting your friend watching his first amateur fight, you can stream all of it. Digital streaming has given fighters, promoters, and sponsors a better way to reach more people.

As we enter 2020, the world has fallen in love with martial arts, Combat Sports, fighting, however you want to describe it. Models are doing Muay Thai, movie stars are doing Brazilian Jiu Jitsu, and YouTube stars are having Boxing matches that draw huge viewership numbers. As the viewers’ appetites continue to grow, it might only be a matter of time before the larger streaming services like, Netflix, Hulu, Amazon, and Apple take notice and tap into the Combat Sports market to help them fight the war for streaming dominance. Either way, expect more fight content coming at you in more ways than you can imagine.