The Rise and Potential Fall of Submission Grappling 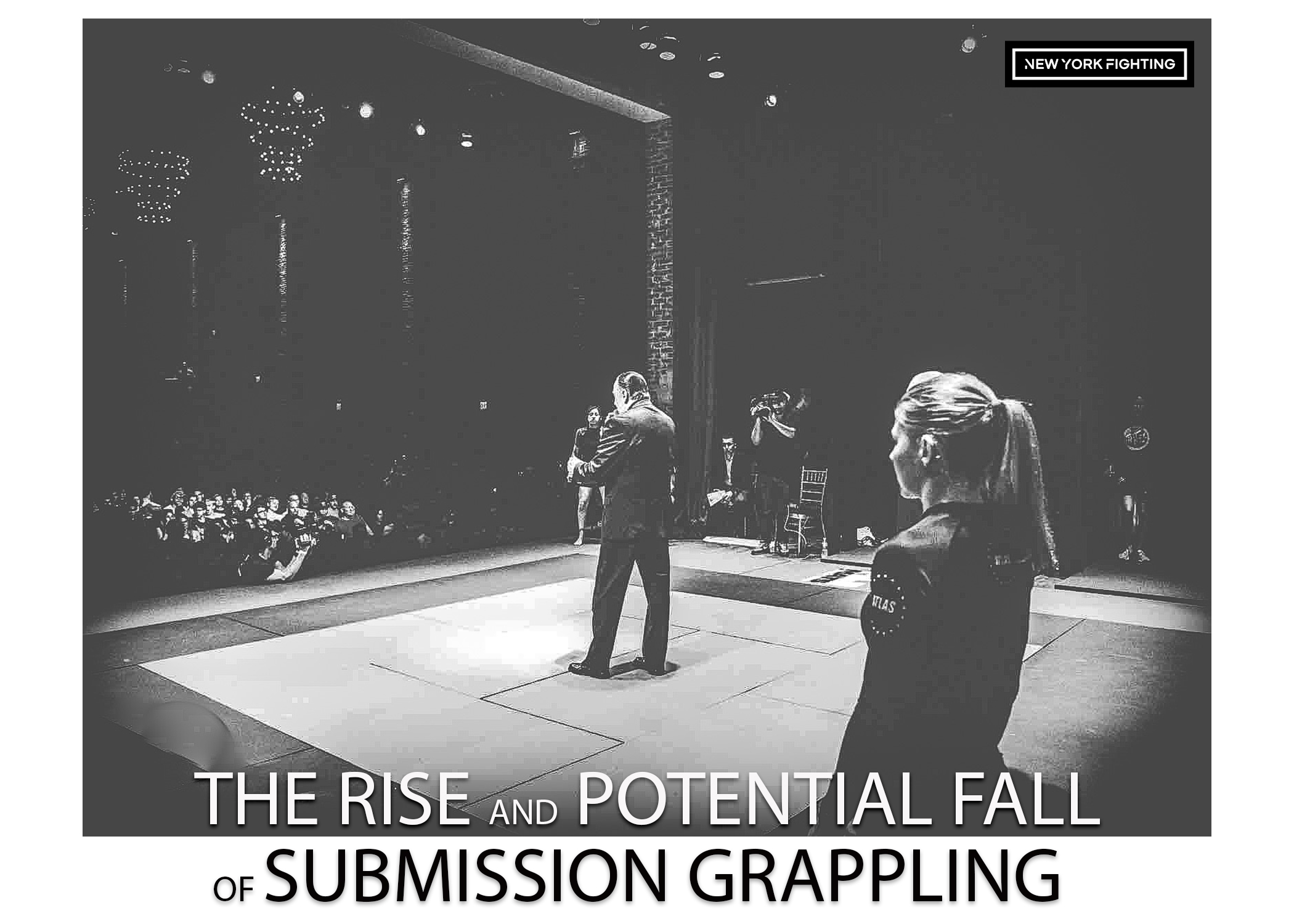 There was a time, not too long ago, when there was virtually no money to be made in grappling. In fact, it was the opposite. It could be a relatively expensive sport to pursue. Besides monthly training fees at your academy and private sessions that can be very costly, those who wanted to compete would also have to pay a tournament registration fee ranging from $75 to $125. Competitions would also include driving long distances to the venue and spending ALL day in a college gymnasium or community center waiting for your bracket and rooting for your teammates. When it all adds up, active competitors who were unable to get sponsorships, which were scarce at the time, could see themselves spending upwards of $500 per month.

As the sport of MMA grew into the juggernaut it is today, all Combat Sports as a whole experienced growth in their own niche communities. The art of Brazilian Jiu-Jitsu spread rapidly throughout the world and the number of potential competitors grew with it. We soon saw higher amounts of prize money being awarded at local tournaments, and brand name sponsors funding big name athletes in the sport.

NoGi Jiu-Jitsu, also known as Submission Grappling, took center stage at early spectator events featuring well-known athletes. Promotions like the Eddie Bravo Invitational (EBI), created by famous black belt and founder of 10th Planet Jiu Jitsu Eddie Bravo, focused solely on no gi grappling. EBI even debuted a new ruleset with a specialized overtime to bring more excitement to Submission Grappling. Since then, we have seen many new promotions come along which have built platforms for Jiu Jitsu and Submission Grappling athletes to display their skills.

The sport is now featured on streaming services like UFC Fight Pass and this creates livable income for some of its top athletes. Most promotions have adopted the same time-tested and proven methods of paying athletes, that helped to grow the sport of MMA from small regional shows to the large multi-billion-dollar sport it is today. Promoters would commonly give the competitors a percentage of the tickets they sell. This is standard practice in MMA, Boxing, and most Combat Sports. A new spectator-driven sport cannot grow and thrive, or even survive, without fans. Pre-Covid, this mostly meant selling tickets to live events, but now it is 2020, and even before the ban on live audiences there was still an unmet need for digital viewership as well.

In the early stages, almost all Submission Grappling competitors were just happy to compete on a big stage, in front of family and friends, and have it streamed around the world. The fact that they didn’t have to pay to compete, and could even make some money doing it, was truly a novelty and made most of these martial artists extremely grateful for the opportunity.  Strangely though, this outlook shifted quickly, and Submission Grappling competitors suddenly felt their mere presence warranted big paydays, without even selling any tickets. Professional MMA fighters still to this day “pay their dues” on the regional scene, both literally and figuratively, knowing that it is part of the journey in their chosen career. The sport of Submission Grappling is no different.

Various emerging aspects of the sport have caused this perception and practice. For starters, certain promotions with deep pockets purposely over-pay athletes, and directly offset the early stages of a growing sport. Another factor is that some well-known athletes may try to take a “Connor McGregor-like” approach to the industry, which is fine for them, but led to many lesser-known athletes overvaluing themselves in the process. This could lead to fewer events and fewer platforms for the athletes to shine.

There should be more money in regional MMA, Submission Grappling, and the martial arts in general, but there isn’t… not yet at least.

In the day to day, there is small growth. In 5, 10, 20 years, there is substantial growth. If you talk to black belts from the 90s and early 2000s the idea of making any money in Submission Grappling back then was an impossibility, unless you opened up your own school to teach, or tried to fight MMA, and even then both were long, hard roads. Now, they get to see their students on big stages, in beautiful venues, broadcast around the world, and making money doing it.

Hopefully, the growth continues, creating more and more opportunities to shine and make an income, but for now we should remember how lucky we are to have these platforms at all.