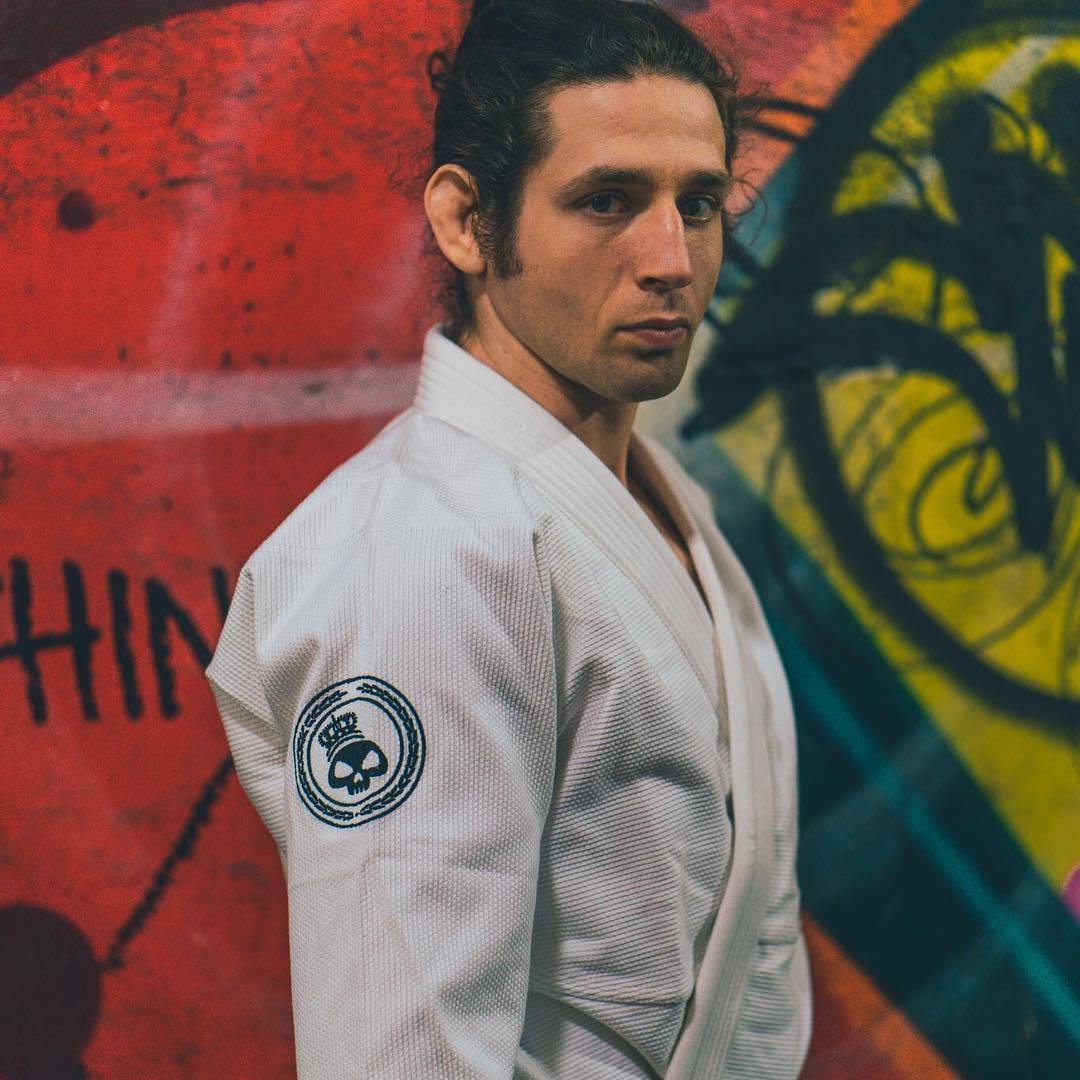 Imagine having a passion. Imagine taking that passion and making a business, a source of income. The obvious thing to do is to invest your time and energy into building that business and making it as viable as possible. They say the first few years are important to establishing that business and getting it off the ground. Now imagine doing all the above and it appears you’re headed for smooth sailing. All of sudden out of the blue, a pandemic hits, and your livelihood is now threatened. What do you do? That is exactly what several martial arts academies are facing given the recent COVID-19 shutdowns. To get a glimpse of their struggle, New York Fighting was fortunate to speak with Alex Ecklin, black belt under Vitor “Shaolin” Ribeiro, business owner, Jiu-Jitsu competitor, and Martial Artist.

Different people apply different approaches when they problem-solve. In order to understand Ecklin’s method, you would have to delve into his history with Jiu-jitsu, his approach to competing, and some of the challenges he has faced. Let’s begin by stating the obvious. You may know Ecklin for his use and development of the G-roll. (a sweep from the half-guard position). However, Ecklin’s experience doesn’t begin with his technique, nor does it end there.

How did the G-roll come about and do you feel about the notoriety that you’ve received from it?

Before doing the G-roll, I didn’t have that much success in competition and stuff like that. I started to formulate a game plan and my game plan revolved around the sweep (G-Roll). A lot of things stemmed from it. I started getting some recognition and some small fame from it. It forced me to evolve. A lot of my opponents saw the instructional and they knew that it was coming. I even had guys come up to me before and after fights joking with me. They would say, ‘Hey man. I knew you were going to get to that half-guard. I knew what you were going to do.’ This forced me to look at other positions and to re-invent myself. In the beginning, it was a little annoying to be known for that one thing. A one-trick pony so to speak. However, it helped me get out of my shell and become a more complete grappler.

How does the technique (G-Roll) fit as part of your overall game?

I still use it. When I first started using the sweep, it was pretty much all that I did. I would attempt to get it with every single roll and every single opponent. However, in the last few years, I basically forced myself to play from other positions; like from the top and working takedowns. Nevertheless, when I roll with someone who’s giving me a little bit of a hard time, I pull some of the old tricks from up my sleeves. 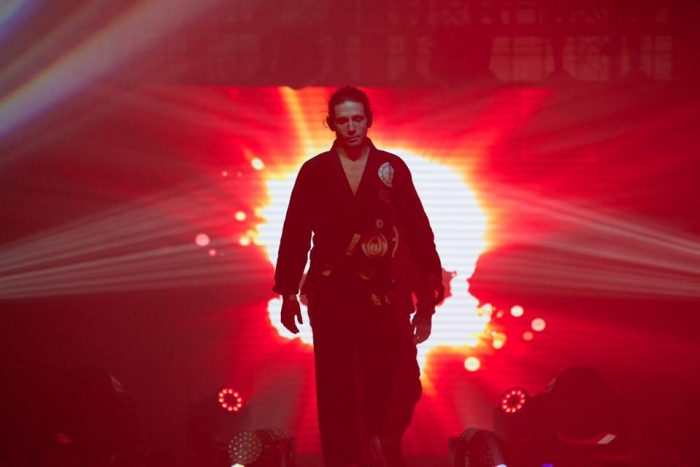 How do feel about your overall development over the years? Tournament competition vs. submission competition?

I started Jiu-jitsu in 2006. I don’t think I won a single match until I was a purple belt. I would always lose. I think I competed at least 10 times before my purple belt, and I’m pretty sure I definitely lost every single match. Once I hit the purple belt level, I got my first win and little by little I started seeing some progress. In the beginning, because my coach is pretty much traditional, I would solely compete in IBJJF and only in the gi.  It was a little different in a tournament format. You would have multiple matches in a single day therefore your focus would shift on such things as pacing, stamina, points and etc. As a result, that would occupy the bulk of my attention. Over the years, I began appreciating the no-gi aspect of jiu-jitsu. I particularly enjoyed the flow and transition of it all; you know, doing or going for different submissions. Therefore, getting invited to RISE and other tournaments were a huge blessing. I liked the fact that it’s only one fight. You can get it out of the way and you have the opportunity to go all out.  It is a sharp contrast from the tournament format in which you have to think of the next fight and so on. Strategically it’s completely different. Because of that difference, I really love RISE and all of the super fights that I’ve done.

Given your last response, is there a different mindset that you have to have if you know it’s just one fight compared to a tournament style? Is there something in particular that you do as far as preparation?

Usually, in an IBJJF tournament, they put out the competitor’s list ahead of time. Therefore, you have a chance to see the people that you may be fighting. In some cases, depending on your level and expertise, you can research them by studying their school or any video footage. However, there’s still a slight chance that you may not even fight them. They may be on the other side of the bracket, they may lose, or you may lose before matching up with them.  All of this really makes it hard to game plan and prepare. This is the case especially at the lower belts where there maybe 20 to 30 people in your bracket. However, with a super fight you know (who you are fighting) way ahead of time. In most cases, it could be weeks or months in advance. This gives you the opportunity to study video footage and the opponent’s school. This way you have more of a professional approach toward your opponent. You and your team can generate a game plan according to the person you may be facing. I feel and treat it in a more professional manner than just a regular tournament.

Is there a particular trade secret that you may use in order to prepare for your fights? Something that you do that gets you loose and ready to go? A particular routine that you may follow?

I started competing when I was 17/18. My maturity level played a key role at that time. I would find/use superstition when grappling. For example, I would wear a particular pair of socks and so forth. However, I realized later on as I matured that none of the superstition stuff really works and that I didn’t need to focus on that kind of thing. The only thing that I really needed was proper preparation. Therefore, I can’t say that I have any particular trade secrets, special diets, or whatsoever. One thing for sure, I stopped being superstitious or try rituals that I tried to force early on in my career.

If you had to sum it up, what is your competition philosophy?

It’s a very interesting question. My coach and a lot of the people that I came up with are very intense. However, my personality is quite different from them. I’m kind of intense, but I think I’m more or so easy going. I can say that I’m a little bit of a balance of both. However, I found that when I’m very intense, I would have a lot of anxieties. In those situations, my performance would drop because I would try to force too much. I couldn’t relax. I would be stuck overthinking things such as positions, submissions, and escapes. However, all of that changed in 2014 when I took a trip to Thailand. I really fell in love with MMA after having one fight. I really wanted to continue fighting MMA, so I went to Thailand to train Muay Thai and work on my striking. While at the camp that I was living at and training for about a month, I noticed one of the coaches not training at all.  One day out of the blue, he puts on some running shoes and started training with us.  Seeing that, I started thinking that maybe he has a fight coming up in a month or two. However, literally two days later, he told me to meet up him early the next day. Because of his English, I wasn’t sure where we were doing or where we were going. Nevertheless, I met him the next day and we ended up traveling to a fight that he had. He won the fight after only three days of training. That kind of lightheartedness opened up my eyes. I thought to myself that we’re constantly training and fighting every single day, so if I was to put less pressure on my shoulders, I would feel better and perform better.  Therefore, after returning from Thailand, I started fighting with that kind of approach, that mindset. I would prepare, not on a two-days’ notice. The difference now was that I wasn’t taking it too seriously and adding needless stress. Don’t get me wrong, I would approach my preparation professionally, but I would focus less on what might be; such as a loss or getting hurt. I would treat my fight as another day where I don’t have to be extra careful and I could go all out. I would definitely do a mixture of serious preparation and a lighthearted approach to the fight. That, I found works for me.

Part 2 of our interview with Alex Ecklin (read Part 2 here): 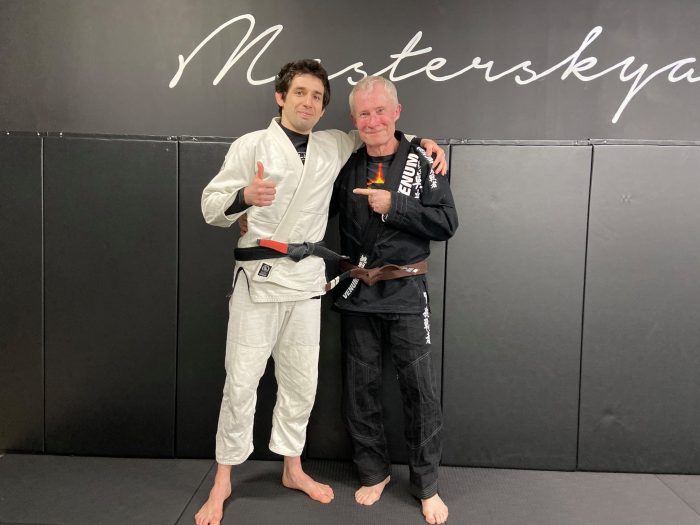